Last week, India announced its new climate plan, also known as its Intended Nationally Determined Contribution, or INDC. As the world’s third-largest emitter and a country that’s highly vulnerable to the impacts of climate change, it is encouraging to witness India invest in actions to tackle climate change while addressing poverty, food security and access to healthcare and education.

India’s INDC builds on its goal of installing 175 gigawatts of renewable energy capacity by 2022 by setting a new target to increase its share of non-fossil based energy from 30 percent today to about 40 percent by 2030.

The country also commits to reduce its emissions intensity per unit GDP by 33 to 35 percent below 2005 by 2030 and create an additional carbon sink of 2.5 to 3 billion tonnes of CO2 through additional tree cover.

The plan also prioritizes efforts to build resilience to climate-change impacts, and gives a broad indication of the amount of financing necessary to reach its goals.

1. It sets a clear signal for clean energy

Achieving its target of about a 40 percent share of non-fossil energy sources by 2030 would result in at least 200 GW of new renewable capacity by 2030. However, if India achieves its previously announced goal of 175 GW of renewable energy by 2022 — mostly from solar — much of this capacity will come much sooner.

The 2022 target is extremely ambitious (the world’s entire installed solar power capacity was 181 GW in 2014), and clearly positions India as a major renewable energy player. With approximately 900 GW of estimated renewable capacity and favorable economic conditions, these targets can be met as long as financing and policy barriers are overcome.

While coal and other fossil fuels will continue to play a role in India’s energy mix in the decades to come, the targets announced yesterday will spur a transition toward cleaner sources. That’s good news for the environment, economy and the estimated 300 million Indians who do not have adequate power supply.

Surprisingly, it is not clear that the country’s intensity target reflects the scale of mitigation that would result from its planned investments in renewables. In fact, a number of studies suggest that India could reduce its emissions intensity by that much or more even in the absence of significant new measures. In the course of meeting its renewable energy and non-fossil targets, and by tapping the substantial potential of energy efficiency improvements, India should be able to easily exceed its intensity target.

3. It will sequester carbon by increasing forest cover

India’s INDC recognizes the importance of aggressively restoring forest cover, in a manner consistent with supporting livelihoods. Creating an additional carbon sink of 2.5 to 3 billion tonnes of CO2 through additional forest and tree cover would require average annual carbon sequestration to increase by at least 14 percent over the next 15 years relative to the 2008-2013 period.

With the Green India Mission expected to deliver 50 to 60 percent of the required total, India needs to provide further detail on how it plans to achieve the rest. The INDC notes the importance of financing to address implementation challenges.

4. Adaptation is a key priority

As a country exceptionally vulnerable to climate change, there is heavy focus on adaptation and resilience in India’s INDC. It highlights current initiatives in sensitive sectors, including agriculture, water, health, and more, and points toward plans under development in each state. While India currently spends 3 percent of its GDP on adaptation, the INDC noted that enhanced investment in these activities will require additional support through domestic and international funds. The country estimates it will need $206 billion for the period 2015 to 2030, with additional investments needed for disaster management.

While India’s INDC lays out its existing climate measures in detail, it falls short on a number of the elements of transparency mentioned in a decision made at the Lima climate talks last December. These include a lack of clarity on emissions intensity in the base year (2005) and target year (2030), as well as the scope and coverage of the intensity target and the methodologies for measuring it.

This information is crucial for monitoring progress towards India’s target and for understanding how it contributes to the global goal of limiting temperature rise to 2 degrees C.

On the other hand, the INDC lays out a compelling justification of fairness and ambition in the context of existing efforts and the country’s broader sustainable development challenges. It also stresses the importance of lifestyle changes and sustainable consumption.

India has put forward a well-balanced climate plan that — alongside its renewable energy goals — will generate transformational changes. These actions are also being proposed alongside an aggressive development agenda. Although implementation challenges remain, the INDC makes clear that India — along with its peers — is working toward a strong international climate agreement. 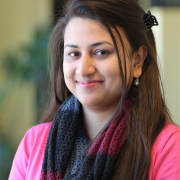 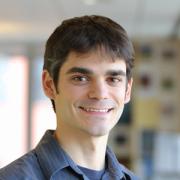 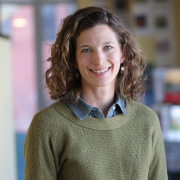 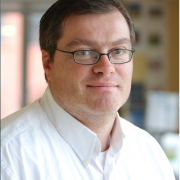 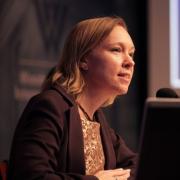 See all by Apurba Mitra