5 smart cities players a step ahead of Google's Sidewalk Labs

The search giant is far from the only player in town when it comes to smart cities technologies poised to redefine urban development. Here's what Larry Page & Co. are up against.

Just when it seemed that the hype around smart cities had reached a plateau, a new tech behemoth — and one with more street cred than most when it comes to genuine disruption — has decided to join the party.

The news officially came on Thursday, when Google Co-Founder and CEO Larry Page wrote on the Silicon Valley tech company's own social media network that Google has made a long-term smart cities bet with a "relatively modest investment" in a new company called Sidewalk Labs.

Details so far are scant when it comes to specific technologies the company headed by former New York City Deputy Mayor Daniel Doctoroff might look to pursue. A press release on the startup's website calls out a handful of broad challenges for city residents, government officials and business tenants alike: 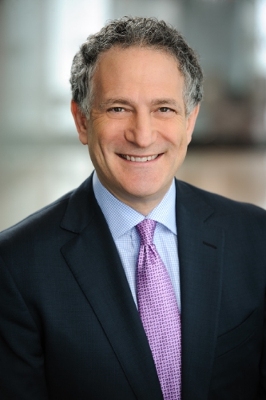 Who pays for costly infrastructure upgrades, and who owns the potentially-lucrative data generated by new types of sensors being deployed? Will new models for tech-driven service delivery really increase efficiency, hopefully streamlining cost structures and slashing environmental footprints, or will it all add up to a dystopian Big Brother scenario that prizes new revenue streams over public good?

While major philosophical questions surrounding the role of the private sector in all of this — like whether it's really a good idea for governments to rely on corporations to dole out the city's primary water supply — Google's smart cities play is particularly intriguing for a few reasons.

First and foremost, the company with a market cap of $365 billion has cash to burn on "long-term, 10X bets," in the words of Page, and it's done so before with projects like Google X (autonomous cars) and Calico (aging and disease). More recently, Google has had a hand in the launch of an agriculture tech consortium Food 2050, building off of co-founder Sergey Brin's longstanding interest in synthetic meat.

Beyond the pursuit of nascent business opportunities in potentially massive markets, Google's bet on smart cities also comes with some hard-to-ignore existential overtones.

The company's massive private buses are now a symbol of gentrification and privatized transportation that circumvents lagging public transit in the San Francisco Bay Area. Housing, too, is a sticking point in the company's native Silicon Valley; a dual surge in highly-paid tech workers and service workers hired by businesses rushing to capture disposable income has exacerbated a mismatch between available jobs and housing, resulting in unprecedented income inequality, unaffordability and smog-inducing highway congestion.

As Page notes (in more ambiguous terms), all of that creates one very interesting scenario for technologists.

"A lot of urban challenges are interrelated — for example, availability of transportation affects where people choose to live, which affects housing prices, which affects quality of life," he wrote. "So it helps to start from first principles and get a big-picture view of the many factors that affect city life. Then, you can develop the technologies and partnerships you need to make a difference."

Ahead of the pack

With smart city market valuations climbing well into the billions, or even trillions, a flood of business activity has been unleashed in the sector. That's despite the fact that cash-strapped city governments often necessitate creative public-private financing arrangements.

Though Sidewalk Labs' stated ambition is exceedingly vague — "to improve life in cities for everyone through the application of technology to solve urban problems" — there is no shortage of companies already vying to carve out a niche in the space:

To have a smart city, you have to have Internet connectivity. Though municipal Wi-Fi and related technologies have gone through several incarnations, Incumbent telecom giants are a natural fit to fill this void because of their stores of available capital and experience building out vast networks.

Sprint is one player that has attempted to get out ahead of the market with deals in markets, including a big one announced this week in Kansas City, Missouri.

Interestingly, Google also picked Kansas City as one of its initial test markets for its broadband Internet and cable offering, Google Fiber. Exactly how Google's broader Internet connectivity initiatives may translate to the smart cities market will certainly be one area to watch, since Sprint is already teasing the potential for similar deals elsewhere.

With it's early entree into the Internet of Things marketplace, Cisco has a leg up on many smart cities technology providers because of its platform strategy, positioning the company as a powerful central convener.

As part of the recent smart city deal with Sprint and Kansas City, Cisco has inked multimillion-dollar deals to build a platform to connect disparate sensors deployed throughout a city. That gives the company leverage to either find business partners to invest in building services on top of that system or to open the system up to a broader public audience to encourage entrepreneurial activity.

The company is also in the process of figuring out how to effectively monetize these types of data transactions, with possibilities ranging from targeted data collection on transportation or weather to delivering targeted content or advertising throughout cities.

Google, too, is no stranger to the Internet of Things gold rush. The company has offered grant funding for academics and others interested in topics like open systems innovation and data security, and of course Google also has its massive troves of search data to consider incorporating into new offerings.

Uber may have more cash than any other startup in the realm of mobility, but it wouldn't make sense for Google's Sidewalk Labs to target the ridesharing market as we know it today. Google Ventures already sunk a nine-figure sum into Uber, and the company also already owns transportation data company Waze.

What would likely be more up the tech giant's alley, based on the very little we know now, is a company like Veniam — the brainchild of ZipCar Founder Robin Chase — which espouses a broader transportation perspective on the potential for an "Internet of Moving Things."

Veniam focuses on connecting not only cars, but also public transportation vehicles and infrastructure to a city network. The kind of data that could be generated from a multi-input system like Veniam's has big potential implications for everything from new types of congestion pricing on roads to better insights on transit patterns for city planners.

Smart grids, microgrids, grid 2.0... a frenzy of commercial activity has accompanied the surge in renewable energy — and subsequent rush to figure out how to maximize the value of that power given current grid conditions.

General Electric is angling to make itself a force in several facets of the future urban energy market, most notably ultra-efficient smart lighting and microgrids. The company has also invested in smart building technology designed to increase energy efficiency.

OpenGov, a startup billed as "singularly unsexy" by the tech media, focuses on the banal realm of city budgeting. The startup from Google's Silicon Valley hometown of Mountain View, California, has amassed some $22 million in funding with a goal of making routine city documents more accessible and easy to comprehend.

The company, which also shares connections to Silicon Valley data ming company Palantir through funder Formation 8, is one of a growing number of civic tech startups dabbling in the realm of open data and civic engagement — a uniquely difficult-to-crack industry because of opaque business models and shrinking city budgets.

Though Google already offers regular reports on government requests for user data, the company must also walk an already fine line when it comes to turning over user data, raising questions about how new endeavors in the smart cities space might factor into calculations about user privacy.