These emerging and established ideas demonstrate the potential for taking sustainable business to the next level.

The GreenBiz team produces VERGE events to build connections between the realms of technology and corporate sustainability. An array of evolving tools are discussed, debated and demonstrated onstage and in the exhibition hall. There's software that visualizes, maps, measures, predicts and connects data points and people. Then there's all the hardware that produces clean energy, transports people and products, stores data and manufactures things. Here are a handful of vignettes that illustrate the range of technologies explored at the latest VERGE gathering in Santa Clara, California. 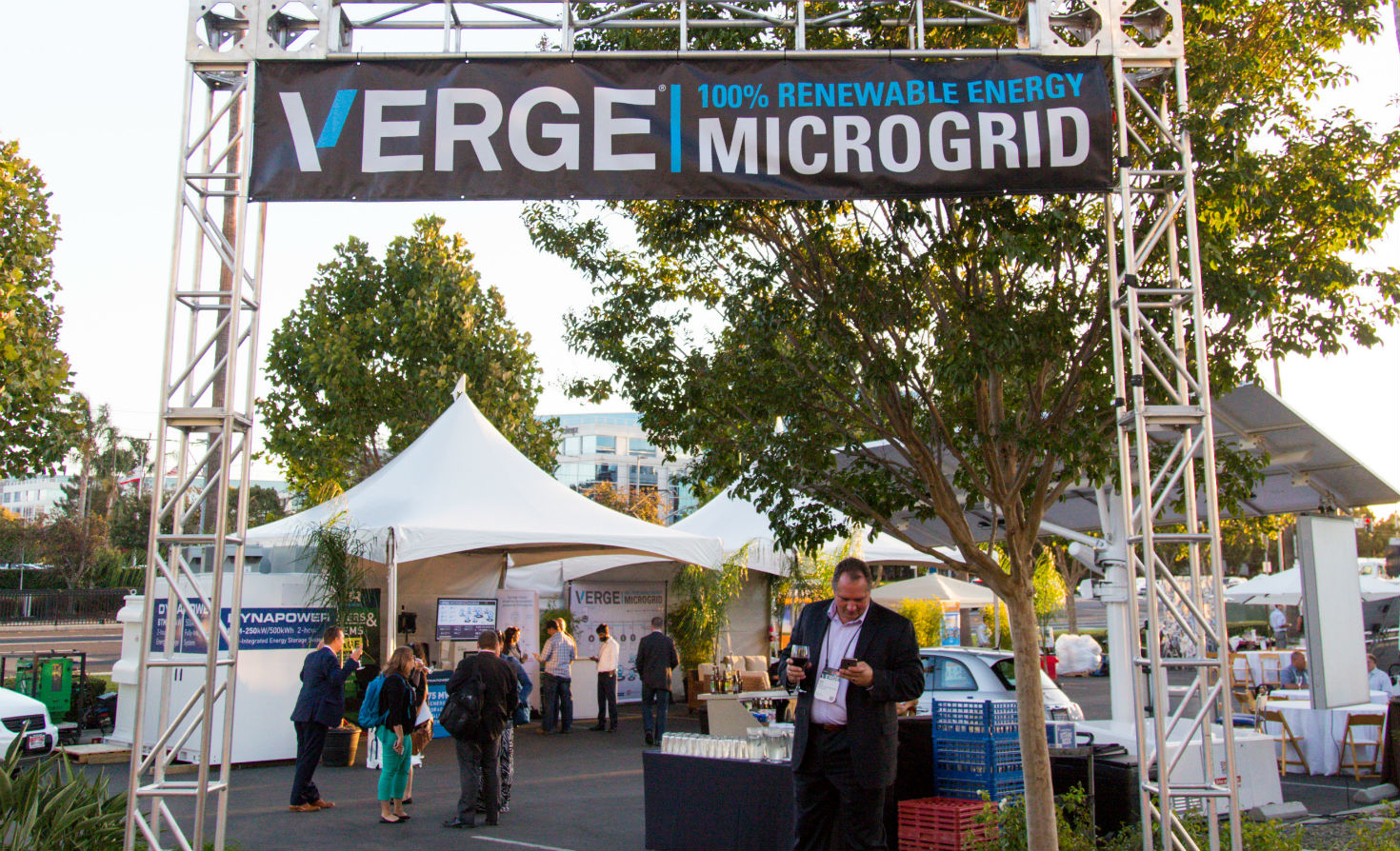 The VERGE conference organizers aim to walk the talk of advancing clean energy by building a microgrid that powers part of the show with renewable energy. This year, the system's many moving pieces included an 18-panel, 3.4-kilowatt solar array; a 100-kilowatt biomass gasifier (ah, the scent of burning walnut shells); a microgrid controller; an 18-kilowatt energy storage system and a 100-kilowatt biodiesel generator. GreenBiz brought the effort to life with partners Spirae, Dynapower, All Power Labs, JLM Energy and Envision Solar.

The VERGE microgrid has grown since its origins in a downtown San Francisco alley, where it bridged 21st-century technology with early 19th-century history. This demonstration of energy independence held particular relevance in light of recent hurricanes ravaging Houston and the Caribbean. The microgrid is set for an even larger venue a year from now when it will be established a few blocks from Oakland, California's City Hall during VERGE 18. 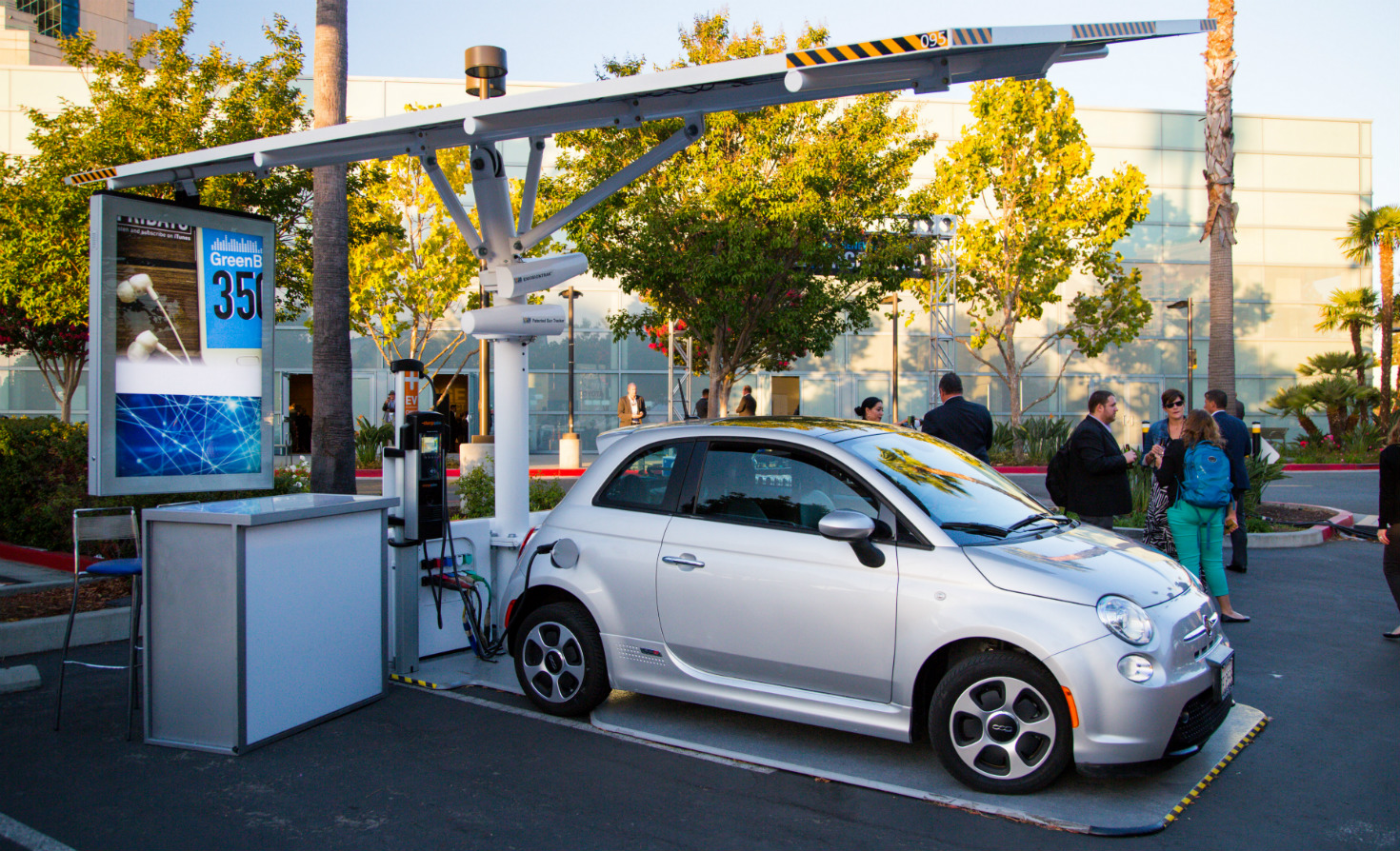 This combination solar photovoltaic roof, battery and electric car-charging system fits into one parking space. There's already an EV ARC solar charging station on the Google campus. For companies that want to add branding, the EV ARC can display outdoor advertising on a 55-inch screen.

Its maker, Envision Solar, imagines broader uses, including lighting, security systems and backup power during disasters, particularly for life-saving equipment such as dialysis machines. The EV ARC was used to power medical equipment in recent field training exercises by the California Emergency Medical Services Authority. As an alternative to diesel-powered generators, a series of EV ARC units could be daisy-chained together to form a microgrid. The demonstration system fed some 12 kilowatts back to the microgrid on the first day of VERGE.

While we only saw this system as part of an onstage VERGE presentation, the vision holds promise for transforming transportation. Ray Anderson, the late founder of Interface Carpet, was a pioneering green industrialist. His daughter, Harriet Langford, trustee of his namesake foundation, is bringing his legacy to the road, literally.

An 18-mile stretch of Georgia highway already was named for her father. But Langford said, "I put the greatest industrialist's name on a dirty highway and that was just unacceptable." Now she's materializing a futuristic vision of a "zero-waste, zero-carbon, zero-death" highway, dubbed The Ray. It's an ambitious living demonstration of an array of technologies with various timelines for development. Plans include: 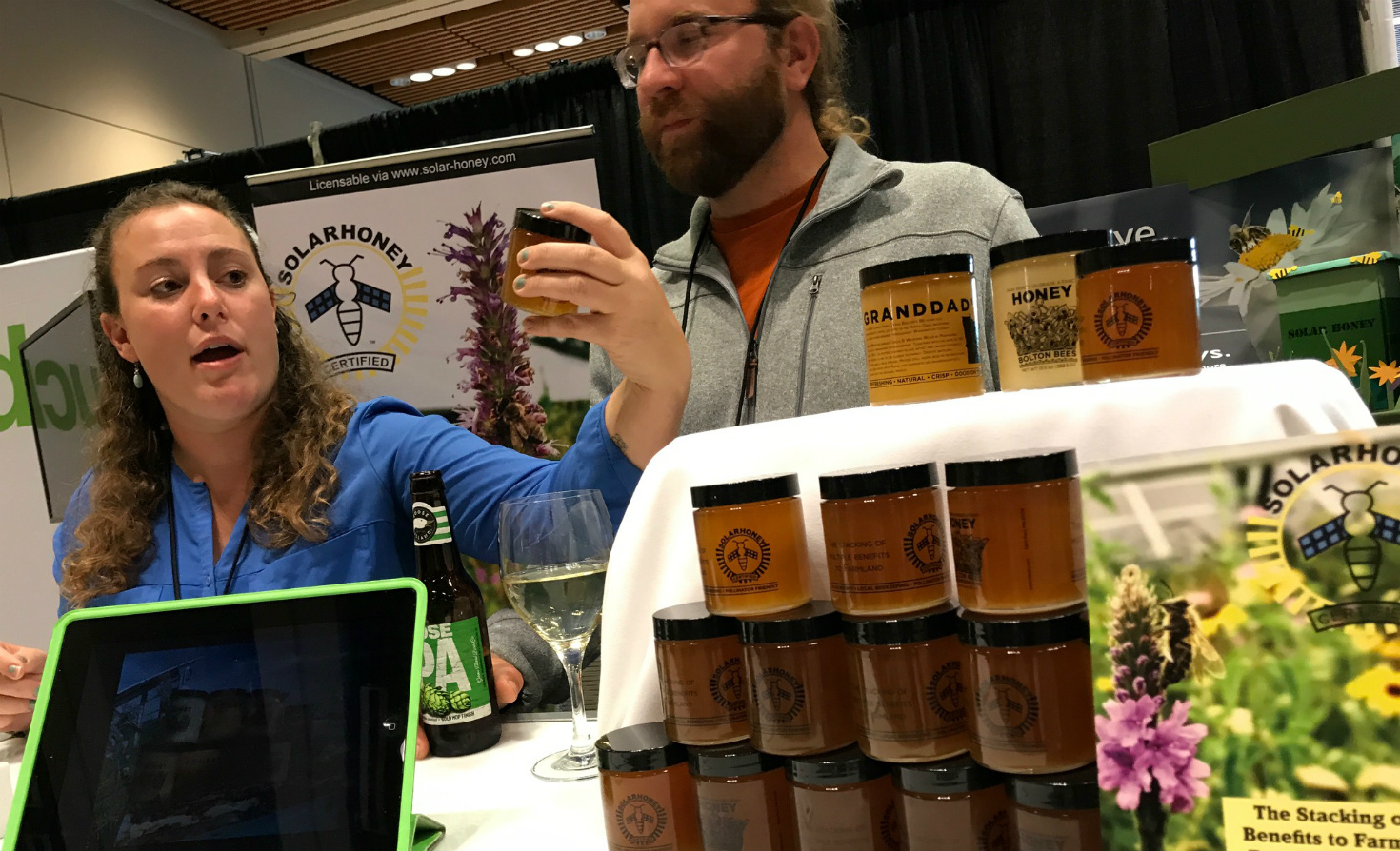 A jar of honey seems a world away from Silicon Valley or any center of digital innovation. But worker bees making this particular strain, nicknamed the "Tesla of honey," are headquartered at the base of solar panels. Pairing pollinator protection with renewable energy means solar developers can enjoy the low land-maintenance costs of bee-friendly, native plants. Branded honey gives them a sunny public-relations buzz.

The husband-wife team of Bolton Bees maintains apiaries amid solar panels outside Minneapolis, Minnesota, and is eyeing other Midwestern states. Rob Davis, a director at nonprofit Fresh Energy, is behind some early efforts to pair photovoltaic-pollinator cohabitation in the United States. 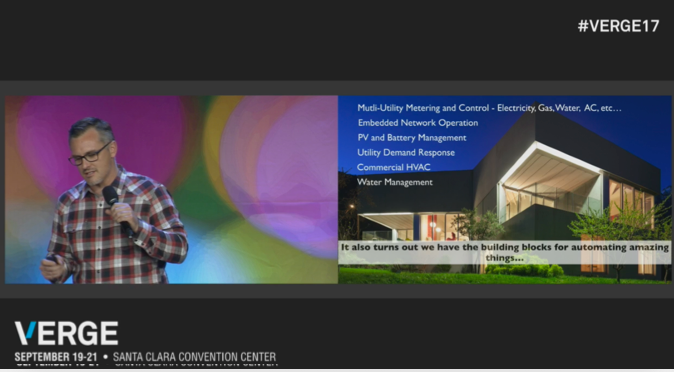 Startup pitch competitions are a perennial favorite among the VERGE audience. Two VERGE Accelerate pitch sessions took place on the show mainstage, with Symbiot Technology winning the popular vote in the first round. Its internet-of-things-based platform aims to reduce energy wasted by buildings left dormant, such as vacation homes or even your bungalow while you're at the office.

Lilac Solutions won the second day of pitches for its bid to improve the extraction of lithium from saltwater underground for electric-vehicle batteries. Its "ion exchange technology" dramatically would reduce processing time and double the amount of lithium recovered while reducing ecological impacts. (A last-minute vote brought startup 75F, another building energy-saving play, to a tie with Lilac.)