5 things you should know about the impact of burning trash

Despite the zero waste movement, the case for keeping them open is getting increasingly harder to defend.

Burning trash has a long history in the United States, and municipal solid waste incinerators have sparked resistance in many places. As an environmental justice scholar who works directly with low-income and communities of color, I see incineration as a poor waste management option.

I recently co-authored a report (PDF) that describes signs of decline in the U.S. waste incineration industry due to many factors. They include a volatile revenue model, aging plants, high operation and maintenance costs and growing public interest in reducing waste, promoting environmental justice and combating climate change.

Nonetheless, 72 incinerators are still operating in the United States. Most of them — 58, or 80 percent — are sited in environmental justice communities, which we defined as areas where more than 25 percent of residents are low-income, people of color or both. Incinerators worsen cumulative impacts from multiple pollution sources on these overburdened neighborhoods.

Waste incinerators are heavily concentrated in northeast states and Florida — areas with high population densities and limited landfill space. Some of these states also provide favorable economic incentives, such as allowing incinerators to earn renewable energy credits for generating electricity.

In the past year environmental justice advocates successfully have shut down incinerators in Detroit, Michigan, and Commerce, California. The Detroit incinerator was built in the 1980s and received more than $1 billion in public investment borne by local taxpayers. Groups such as Breathe Free Detroit and Zero Waste Detroit rallied residents to oppose the public financing and health burdens that the facility imposed on surrounding environmental justice communities. The plant closed in March.

The California plant closed in June 2018 after a yearlong campaign by two community-based organizations, East Yard Communities for Environmental Justice and Valley Improvement Projects, to prevent incineration from qualifying for state renewable energy subsidies. The facility ultimately closed when a 30-year power purchase agreement with the local utility expired, leaving it without a sufficient revenue stream.

These facilities’ revenues come primarily from tipping fees that waste haulers pay to dump trash, and secondarily from generating electricity. These revenue streams are volatile and can undermine the industry’s financial stability. At least 31 incinerators have closed since 2000 due to issues such as insufficient revenue or inability to afford required upgrades.

Operations and maintenance costs typically increase as plants age and their performance decreases. Upgrades, such as installing new pollution control equipment, can cost tens of millions of dollars, and sometimes more than $100 million.

These large capital expenditures represent risks for host communities, which often provide public financing through bonds or tax increases. Such measures are risky because the waste service and energy contracts that generate revenue are increasingly shorter term and vulnerable to fluctuating market and regulatory conditions. As plants age, their environmental performance also may degrade over time, posing increasing risks to the environment and public health.

Plastics are particularly problematic for waste handling because they are petroleum-based, nonbiogenic materials. They are difficult to decompose and release harmful pollutants such as dioxins and heavy metals when they are incinerated. 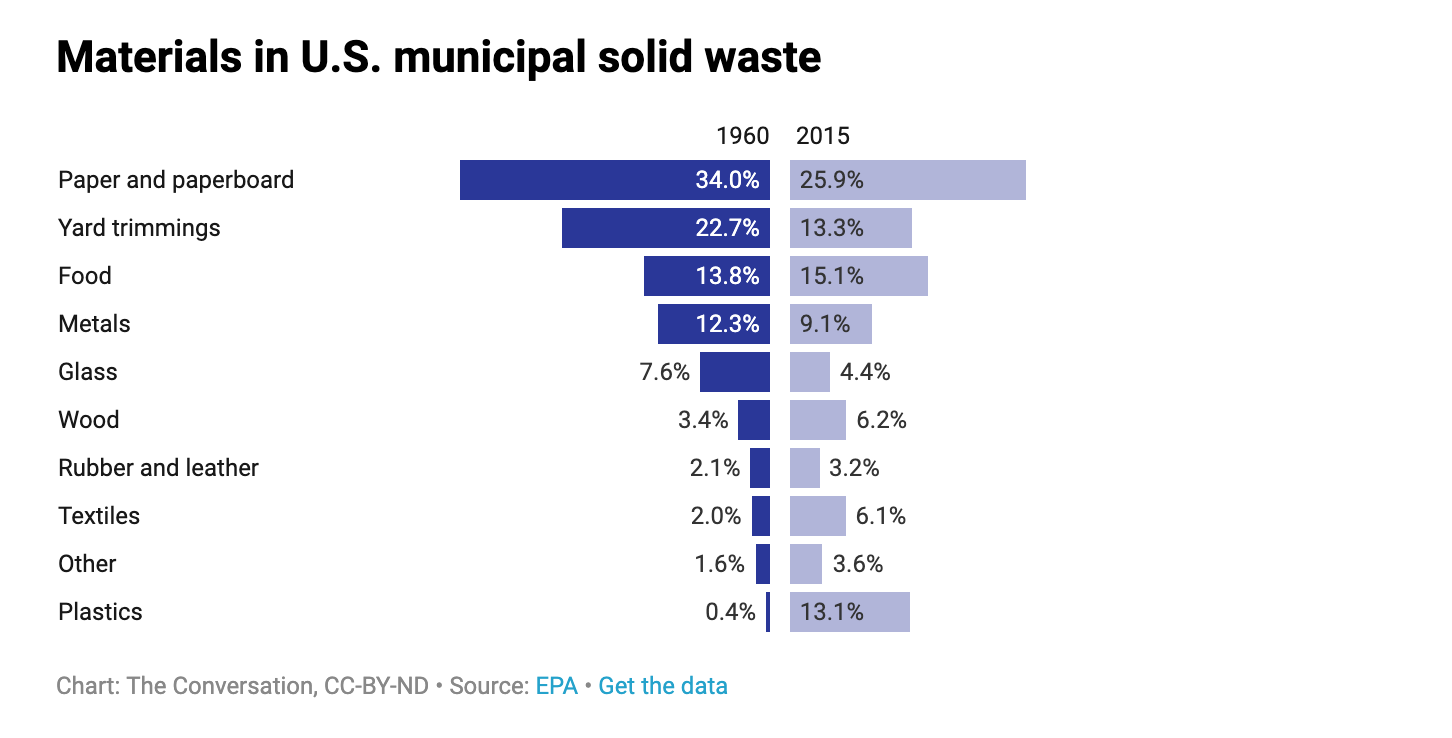 Today, thanks to the evolution of waste handling options, most of the materials in municipal solid waste can be composted or recycled. This reduces impacts on the environment, including air, soil and water contamination and greenhouse gas emissions. As cities such as New York and San Francisco adopt zero-waste policies that create incentives for diverting waste from landfills or incinerators, burning trash increasingly will become obsolete.

Many U.S. cities and states are adopting aggressive climate change and sustainability goals. Waste reduction and diversion will play a critical part in meeting these targets. The public is increasingly demanding more upstream solutions in the form of extended producer responsibility bills, plastic bans and less-toxic product redesign. There is also a growing movement for less-consumptive lifestyles that favors zero-waste goals. 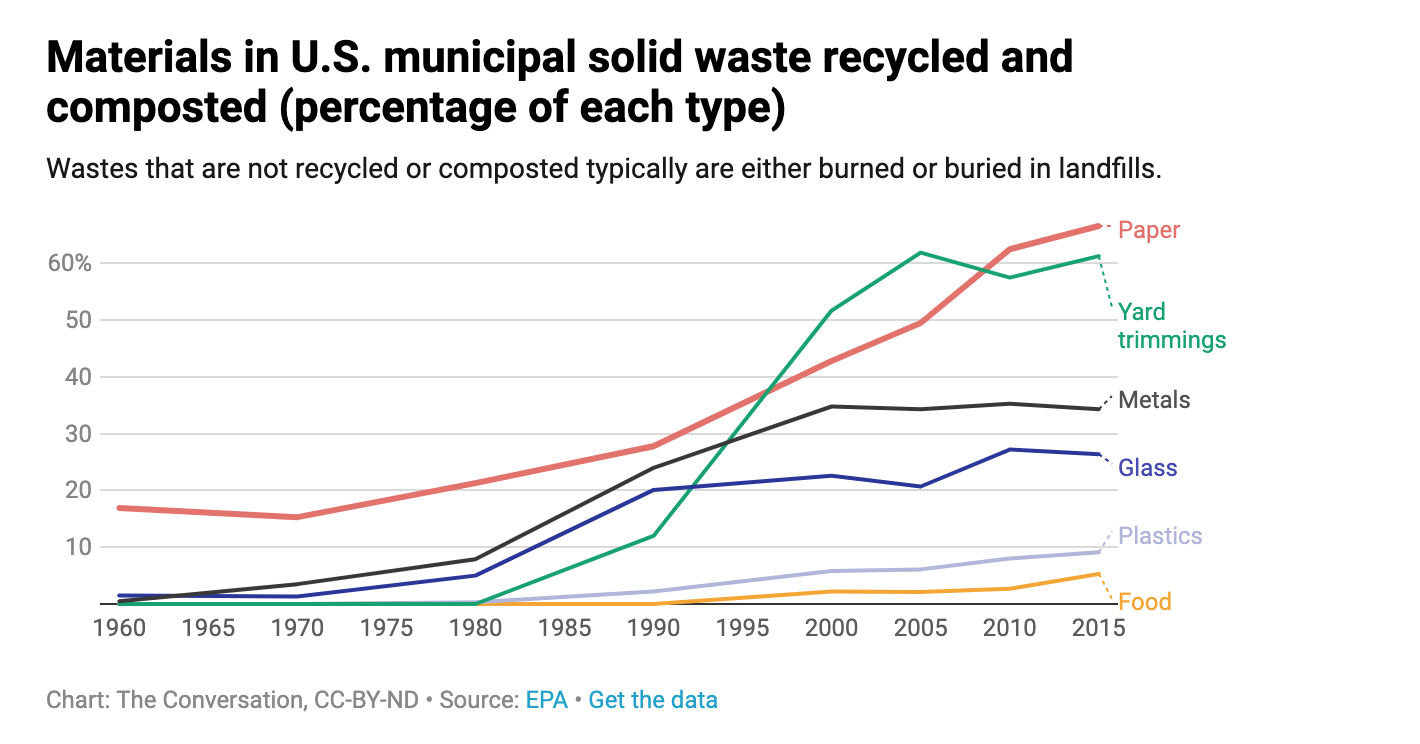 Research on direct health impacts of waste incineration in the United States is limited, but a handful of studies from Asia and Europe, where waste incinerators are prevalent, offer some insights. For example, a 2013 study in Italy analyzed the occurrence of miscarriages in women ages 15-49 residing near seven incinerators in northern Italy’s Emilia-Romagna region, and found that increased particulate emissions from the incinerators were associated with an increased risk of miscarriage.

A single incinerator may burn anywhere from a few hundred tons to several thousand tons of waste per day. Smaller incinerators typically have lower absolute emissions but can emit more hazardous pollutants for each ton of waste they burn. Plant emissions also can vary widely based on the heterogeneous composition of municipal waste, the age and type of emissions control equipment and how well the plant is operated and maintained over time.

See all by Ana Baptista