Scientists have linked exposure to toxic chemicals commonly found in our homes and the food we eat to serious diseases, learning disabilities and early death. Some physicians have called this a "silent epidemic" because the serious hazards of chemical exposures are so widespread, yet often go unnoticed.

Dangerous chemicals that escape from consumer products and food packaging are one major preventable source of this exposure. Just as we are learning more about how many toxic chemicals our families are exposed to, the federal government is rolling back regulation of those products. Shockingly, a chemical industry lobbyist has been put in charge of the federal government program that is supposed to protect us from toxic chemicals.

Retailers have an important "mind the store" role to play. With great market power comes great responsibility. Retailers are uniquely poised to work with their suppliers to find and replace toxic chemicals in products and packaging with safer substitutes.

In the third annual Who’s Minding the Store? Retailer Report Card, our coalition, Safer Chemicals, Healthy Families, graded the chemical policies and practices of 40 major retailers that sell products in North America as part of our Mind the Store campaign. The findings reveal that as concern about toxic chemicals grows among consumers and doctors alike, major retailers are making slow but meaningful progress in improving the safety of the products and packaging they sell. However, nearly half of those scored have failed to make the grade.

1. Retailers continue to drive toxic chemicals out of consumer products

Many retailers are taking action to reduce or eliminate chemicals of high concern in consumer products.

Ten retailers, led by Lowe’s, have committed to ending the sale of chemical paint strippers containing methylene chloride or N-methylpyrrolidone (NMP), most by the end of 2018, at more than 25,000 stores in the United States, Canada, Mexico and other countries. The Mind the Store campaign urged this retail leadership to break the logjam created by the U.S. Environmental Protection Agency (EPA) when it shelved a proposed rule to phase out the deadly chemicals as required by the newly reformed Toxic Substances Control Act. Soon following the leadership of Lowe’s were Sherwin-Williams, The Home Depot, Walmart, True Value, PPG Paints, AutoZone, Kelly-Moore Paints, Canadian Tire and Home Hardware. The most compelling voices for retail leadership came from three families whose loved ones were killed from the use of these products.

The lack of public action by the EPA and W.M. Barr, the nation’s largest paint stripper manufacturer, stands in sharp contrast to this remarkable leadership by retailers.

Retailers are steadily improving their chemicals policies and practices for the products and packaging they buy and sell.

Four retailers received the highest grades for their work to protect customers from toxic products and packaging: Apple; Target; Walmart; and IKEA.

Walgreens, Rite Aid and Amazon are the most improved retailers of 2018, each adopting sweeping chemicals policies over the past two months. Walgreens and Rite Aid pledged to eliminate a long list of chemicals of concern in beauty, personal care and household cleaning products. Amazon will encourage suppliers of some private-brand products to restrict dangerous chemicals, the first safer chemical policy of a dedicated e-commerce retailer.

3. Retailers are aligning around a common list of chemicals of concern

In other documented trends, retailers are working to replace entire classes of toxic chemicals with safer alternatives, rather than chasing one chemical at a time. For example, several are phasing out phthalates, parabens, formaldehyde-donors and nonylphenol ethoxylates as chemical classes.

Increasingly, retailers are screening products against long lists of dangerous chemicals. For example, Rite Aid will encourage its suppliers to avoid chemicals of concern included on the authoritative lists referenced by the Beauty and Personal Care (BPC) "stewardship list." Walgreens has committed to monitoring the same list of chemicals in its beauty and personal care products over time. The authoritative lists that make up the "stewardship list" includes thousands of carcinogens, reproductive toxicants, endocrine disrupters and other hazardous chemicals derived from six lists developed by authoritative government agencies in California, United States, Europe and other regions.

4. Food retailers seriously lag behind others in reducing chemical hazards

Food retailers are largely failing to adequately protect consumers from chemical hazards such as PFAS and phthalates associated with packaging and other food contact materials.

Food retailers are largely failing to adequately protect consumers from chemical hazards such as PFAS and phthalates associated with packaging and other food contact materials.

The average grade from our evaluation of the six restaurant chains, a retail sector scored in this year’s report card for the first time, was a resounding F for failure. Only Panera Bread, the fast-casual food leader, scored any points for having an (undisclosed) restricted substances list for packaging and beginning to work on phasing out PFAS in all of its packaging. Other restaurant chains failed to score any points at all or even respond to their draft grades, including fast-food leader McDonald’s and its competitors Restaurant Brands International (Burger King, Popeyes, Tim Hortons) and Yum! Brands (Taco Bell, KFC, Pizza Hut), coffee leader Starbucks and sandwich king Subway.

5. Too many retailers fail to address the chemical safety of their products

Nineteen of 40 major retailers received a grade of F for failure to announce policies or publicly report progress to assess, reduce or eliminate chemicals of concern in the products or packaging they sell. Twelve retailers scored zero out of a possible 135 points. These retailers serve consumers at tens of thousands of stores in the U.S. and Canada. Yet they have little or no discernible public commitment to the chemical safety of the products and packaging they sell.

Retailers must step up to safeguard public health

Based on our findings, we recommend that every major retailer in North America should:

1. Policy: Publish a written safer chemicals policy, with senior management and board level engagement and accountability for suppliers, which measures and publicly reports on continuous improvement toward reducing, eliminating and safely substituting replacing toxic chemicals in products and packaging;

4. Avoid regrettable substitution: Develop mechanisms to evaluate the hazards of alternatives to ensure informed substitution; and

5. Foresight: Anticipate being graded in the future on progress made on chemical safety in products and packaging sold at retail, regardless whether your company was included in the Who’s Minding the Store? 2018 Retailer Report Card.

Retailers are on the front lines of consumer discontent with product safety. Much work remains to ensure that unnecessary toxic chemicals are no longer used to make the products and packaging we buy for our families.These companies know that the health and well-being of their customers is far more important than the special interests of chemical corporations. That’s why it’s time for all to mind the store.

For our full analysis and findings, and to find out how your favorite retailer ranked, visit RetailerReportCard.com. 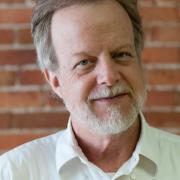