5 ways the maritime industry can steer toward emissions reductions

When it comes to setting carbon emissions reductions, the global shipping industry long has floated in a sea of its own — mainly because it is pretty difficult to assign accountability to specific countries.

That changed in mid-April when the International Maritime Organization (IMO) managed to wring out a commitment that aims to cut the sector’s footprint in half by 2050. IMO figures the sector contributes about 2 to 4 percent of the world’s emissions (there’s disagreement on how much). That almost sure to increase, as other sectors invest in reductions.

Pretty much everyone agrees that the new target isn’t enough to reach the 1.5 degrees or 2 degrees Celsius temperature mitigation goals of the Paris Agreement — cuts of at least 70 percent would be needed for that. But the new target is better than nothing, and the group will be meeting later this year to set a specific course for action.

"A 50 percent reduction in total GHG emissions was not the truly ambitious, Paris-aligned target we had hoped for but it is a truly significant first step on the path to decarbonization and there is much to congratulate," said James Mitchell, maritime finance lead with Rocky Mountain Institute-Carbon War Room, in a statement after the negotiations were complete. "Policymakers can begin work on crafting measures to achieve this ambition and shipowners, operators and financiers can put improving energy efficiency at the heart of their business plan today — in line with the agreed 40 percent reduction in carbon intensity by 2030.” 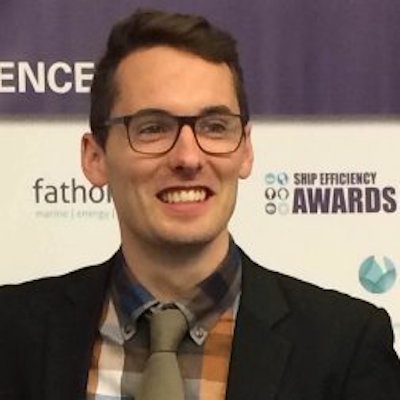 The Carbon War Room’s initiatives include ShippingEfficiency.org, which it launched with RightShip to "increase information flows around the energy efficiency of international shipping and ultimately help reduce the environmental impacts of the world's shipping fleet." RightShip provides risk data on more than 76,000 ships. In anticipation of the recent IMO negotiations, I spoke with Mitchell in early March about specific strategies and technologies that will provide steam in the right direction. Here are some takeaways from that conversation.

1. The shipping industry’s customers need to speak up

"When we really look to the specifics of what’s happening on a company-by-company level, when you look at the corporates that put goods on ships — charters, shippers — we’ve yet to see a really broad and hard look at maritime emissions," Mitchell said.

Trucks and trains receive the bulk of the attention when retailers such as Walmart or Home Depot talk up transportation logistics, and perhaps rightly so: While the bunker fuel used by most ships is highly polluting, each vessel can carry far more than alternative modes of transportation.

Still, commitments are far and few. Dutch brewer Heineken is an exception: It’s testing biofuels for inland barges in collaboration with GoodFuels. IKEA has focused on the packing equation, making changes to squeeze more stuff into each container. And Japanese container company K-Line is actually among the 300 or so companies that have set officially verified science-based targets. Its goal calls for a reduction of 10 percent for 2019 and 25 percent by 2030. (You can read more about its overall policy here.) Others, including AkzoNobel, Unilever and Maersk, the world’s biggest container ship company, have aligned with the Sustainability Shipping Initiative.

2. Financing tactics should evolve to reflect the risk of emissions

The banks, insurance companies and other organizations that help pay for the construction of new ships are waking up to the idea that their evaluation should consider how the global shift to a low-carbon economy will affect their investment over the long term, Mitchell noted. After all, we’re talking about vessels that will travel the seas for anywhere from 11 to 25 years.

Questions such as, "Will the owner of that oil tanker be able to pay off that loan?" and "How viable will that coal bulker be 20 years from now?" are becoming more frequent, he said.

And that could help change the conversation. "So instead of a client coming to them and saying, ‘We’d like to build this ship,’ the financier will have another level of due diligence. They’ll say, ‘OK, thanks. How is this compatible with decarbonization?’"

Another key factor will be financial incentives that help reduce the price gap between conventional and more sustainable fuel options, according to a report published in late March by the International Transport Forum (ITF). "Zero-carbon vessels are generally more expensive than conventional vessels," the authors note. "Retrofitting the latter requires capital that ship owners often will not invest."

Many processes used to schedule shipments and organize loading and unloading are still highly manual. So, it’s not surprising that sales of freight management software are expected to boom over the next three years — with some forecasts estimating revenue at $54 billion by 2021, compared with $19 billion in 2016.

At least two companies in this segment — Flexport and Freightos — have introduced calculators that help customers estimate the impact of planned shipments so that they can adjust routes accordingly. Reusable water bottle maker Kleen Kanteen, for example, was inspired to reduce its dependence on air freight using the Flexport platform, along with a corresponding decrease in emissions.

"Any sort of technology or collaborative platform that enable, for example, better port scheduling, that will help," Mitchell said. "You can slow the ship down ahead of time, save a lot of fuel, reduce emissions around land — it’s better for local stakeholders."

We definitely say there is a need for those who ship goods to really claim the emissions that come from moving their goods.

Alongside information technologies that could help operators make more informed decisions are other innovations that directly address how ships operate and how much fuel is consumed. Mitchell cited several specific examples during our conversation. Here are three companies we chatted about:

Norsepower — The Finnish company makes wind assistance rotor technology (a sort of new-age sail) to reduce a ship’s dependence on other fuels by an average of 6 percent in early tests. The company thinks it has the potential to offer reductions of up to 20 percent.

Becker Marine Systems — The German operation’s product portfolio includes technology meant to improve rudder efficiency, such as the Mewis Duct, that reduce power consumption by an estimated 6.5 percent. This approach has been embraced by most major ship owners, according to the company’s website.

Silverstream Technologies — Ever heard of bubble surfing? That’s the innovation touted by this British business. The ideas is that air can be used to "lubricate" the ship’s hull so that it can travel through the water with less resistance.

4. Alternative fuels can start to make waves, if we pay more attention

The idea of electrifying shipping fleets is still nascent — but electric ferries are on the water in Norway and China has commissioned at least one all-electric vehicle to handle a freight route on the Pearl River.

Over the next decade, investments behind ventures of this nature as well as advanced biofuels and synthetic alternatives such as methanol, ammonia and hydrogen fuel cells need to accelerate, Mitchell suggested. There’s no doubt that a mix of options is necessary, and distributing these options to the right place at the right time will require infrastructure investments.

"There is a tremendously strong argument for all players — including corporates, regulators, governments, financiers — to really take a strong look at the decarbonization pathway," he said. "How do we make sure that we get all of the relevant players in place to make sure that we can get the R&D, as well as the infrastructure buildout, in place for all of these fuels where they’re necessary.” 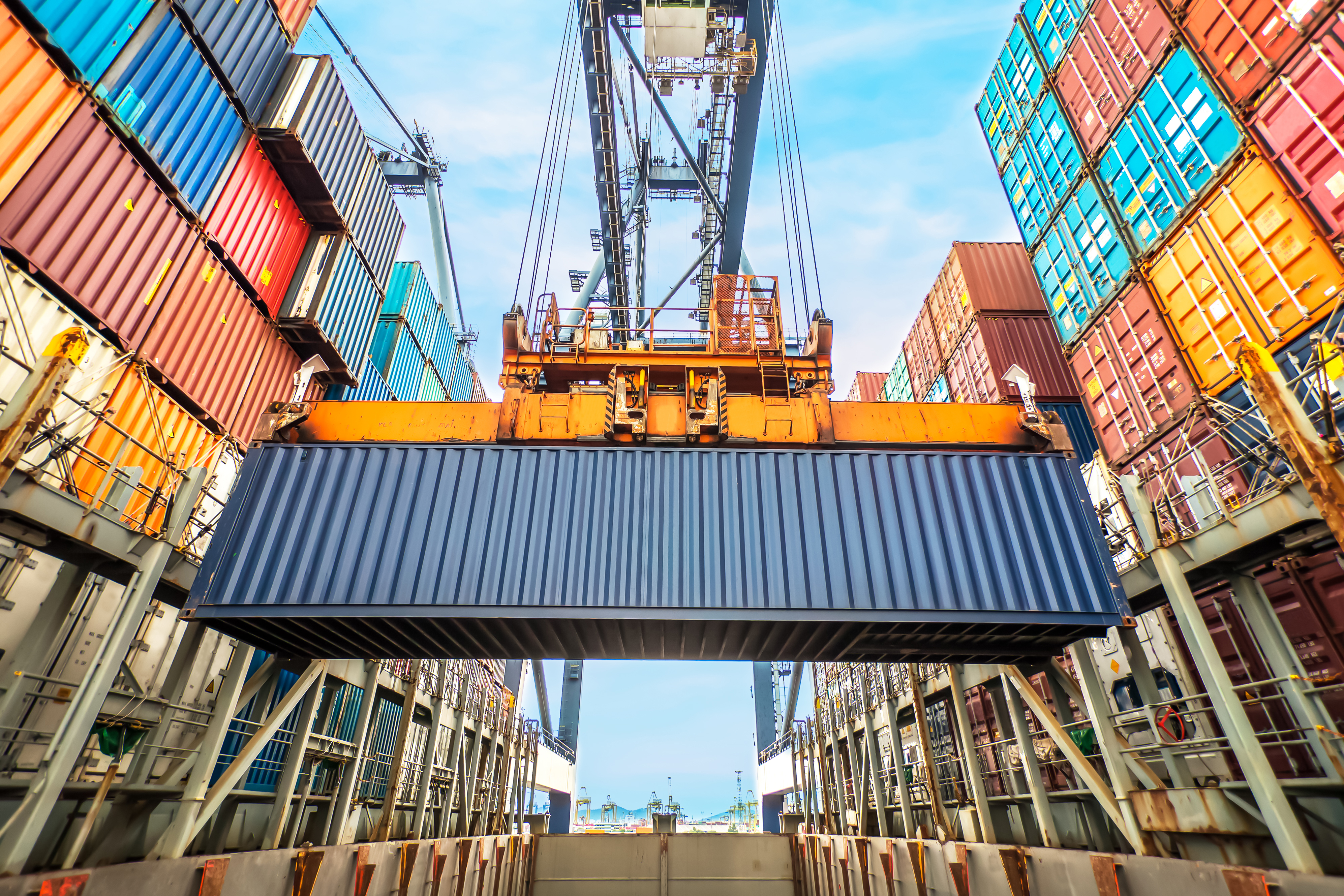 5. Watch closely for signs of what's happening on land

Don’t underestimate the investments that will need to happen in ports of call around the world in order to support the shipping sector’s decarbonization — from technology investments that allow for more efficient scheduling to docks that can handle new fuels and allow for faster loading and unloading.

"Just by getting a couple of the major ports on board with sustainable fuel infrastructure, we can begin to introduce sustainable fuels into the mix,” Mitchell said. "That probably will have to be married with international policy as well as potentially national government support for these types of initiatives, but we see them as an incredibly important stakeholder in doing this."

Low emissions and low-sulphur zones — such as those established by MARPOL, the International Convention for the Prevention of Pollution from Ships — already dictate evolving policies in the United States and China.

Individual ports have stepped up. As of 2017, for example, Los Angeles had more than 30 berths capable of providing electricity to container, cruise and reefer vessels through its Alternative Maritime Power program — more than any other port in the world.

Rotterdam, one of the busiest ports in Europe, stepped up its sustainability campaign (PDF) in August. Among other things, the city is studying a carbon capture pipeline, a renewable thermal heat network and a program to reward sea-going vessels that go above and beyond statutory environmental requirements with port dues discounts.

And Singapore, the world’s most active port with more than 140,000 vessel "calls" annually, is likewise supporting multiple initiatives to become more sustainable. For one thing, it is investing substantially to prepare to support ships that run on liquified natural gas (LNG) by 2020. (By the way, Carbon War Room does not advocate investments in LNG as a marine fuel, because of the infrastructure required. Its focus is on "truly low-carbon fuels like biofuels, methanol, hydrogen and batteries.")

But far more needs to happen, according to a second ITF report. That analysis notes that 28 of the world's biggest ports offer some sort of environmental incentives for environmentally friendly ships. Aside from what has already been mentioned, Spain includes them as part of tender and license criteria; the Panal Canal Authority prioritizes "greener" ships; and Shanghai has adopted an emissions trading systems that covers ports and domestic shipping activities.

What we can learn from Aveda’s blockchain vanilla traceability project