On many levels, 2015 was a turbulent year: the migrant crisis grew, terrorist attacks spiked, and global economic growth slowed.

Yet on the bright side, last year saw groundbreaking advances when it comes to the environment and human development. The United Nations formally adopted the Sustainable Development Goals (SDGs), a set of 169 targets to end poverty and boost growth while caring for people and the planet. The year ended on high note with 195 nations joining together in establishing the Paris Agreement to limit global temperature rise to 1.5-2 degrees C and prevent the most disastrous impacts of climate change.

So what happens now?

WRI President and CEO Andrew Steer addressed that question and many more recently at the National Press Club in Washington, D.C., the site of WRI’s  to Watch event. Steer looked ahead to the big topics for the environment, economy and sustainability.

“2015 introduced a new era of multilateralism,” Steer said. “If 2016 has a theme, it’s going from commitments, design and promises to action.”

Steer highlighted six issues to keep an eye on for signs that the world is building on progress made in 2015:

1) The Paris Agreement: Will Momentum Continue?

Leading up to COP21 in Paris, 187 nations delivered national climate plans, setting the foundation for a strong international agreement. On April 22nd of this year, many countries are expected to formally sign on to the agreement and begin the ratification process. It’s important to see if countries not only sign on, but go beyond promises and make tangible shifts to a low-carbon economy. “Is it taking hold within ministries of finance and planning and agriculture and so on?” Steer asked. “Is there a seriousness here?”

India is one country to watch, making bold commitments to ramp up solar generation from 3 gigawatts (GW) to 100 GW by 2022. Progress this year will be an important indicator if the country will reach its goal.

Today, with research from the New Climate Economy and elsewhere, many thinkers (but not all) understand that sustained, high-quality economic growth actually depends on climate action

A decade ago, leaders in business, government and elsewhere thought that climate action came at the expense of strong economic growth. Then, leaders began to see how these two endeavors can go hand-in-hand. Today, with research from the New Climate Economy and elsewhere, many thinkers (but not all) understand that sustained, high-quality economic growth actually depends on climate action. In 2016, will more leaders continue this intellectual journey and take the necessary action that follows?

There are signs they’re already coming around to this line of thinking, especially in the business and city sectors. More than 1,000 companies now support carbon pricing, while 116 have gone even further and committed to set Science-Based Targets, emissions-reduction goals in line with what scientists say is necessary to prevent the worst effects of climate change. At the same time, leaders from more than 425 cities have signed onto the Compact of Mayors, a global, voluntary initiative to measure and reduce emissions at the local level. The question now is: Will other business and city leaders join these pioneers?

2015 saw progress on important new funding streams for green infrastructure, such as the Green Climate Fund, which has committed to disburse $2.5 billion in financing for low-carbon projects in 2016. But as Steer noted, achieving the kind of transition the world needs will require more than new money—it will mean shifting trillions of dollars toward sustainable growth. According to New Climate Economy, there will be $90 trillion invested in land use, cities and energy systems between now and 2030. The question is which way will this go? Governments and financial institutions are already starting to move toward greener investment pathways, such as France, which now mandates that banks declare environment-related financial risks. Look for more progress during the G20 meeting this year, hosted by China, where green finance is expected to be high on the agenda.

Food loss and waste may not feature prominently in the public consciousness, but it should. The world wastes one-third of its food every year, despite the fact that we’ll need to produce 70 percent more calories by 2050 to feed a growing population. If food loss and waste were its own country, it would be the world’s third-largest greenhouse gas emitter (behind China and the United States). And this waste costs nearly $1 trillion a year worldwide, Steer explained.

This could be the year the world gets serious about curbing food waste. A new SDG calls for halving food loss and waste by 2030. The Consumer Goods Forum, representing more than 400 companies, has already promised to cut its food loss and waste in half by 2025. WRI and partners will release a common international framework to help businesses, organizations and other stakeholders consistently measure and reduce their food loss and waste. And next week in Davos, WRI will launch with government and business leaders a new effort called Champions 12.3, with aims to accelerate progress toward the SDG goal.

Given the stakes, climate change must be part of the national conversation around America’s next leader.

China is again in the spotlight with challenges to its economy and environment. Air pollution in Beijing and other cities reached such extremes last year that for the first time, the government issued “Red Alerts,” closing schools and businesses. President Xi Jinping recognizes that the country needs to move in a new direction focused on the quality of growth rather than the size of growth. Signs of China’s commitment to action will be evident in its 13th Five-Year Plan, set to be released in March of this year.

The Plan will build on commitments China has already made, including to peak emissions by 2030 (or sooner) and increase its share of non-fossil fuels in primary energy consumption to 20 percent. Look for more specific targets in its new Plan, such as more renewable energy targets pre-2020, additional caps on coal production, more low-carbon pilot cities and a rebalancing of the economy from heavy industry and steel to a focus on services. Also, look for China to make progress on its carbon-trading pilots, which are supposed to evolve into a national system in 2017.

6) U.S. Climate Leadership: Will it Continue?

“The US has over the past two years become a climate leader, and that wasn’t the case several years before that,” Steer said. Last year, the Obama administration extended renewable energy tax credits, blocked the Keystone XL Pipeline, and, most importantly, finalized the Clean Power Plan (CPP) to reduce emissions throughout the power sector. In addition, the United States played a critical leadership role in bringing countries together around the climate agreement.

2016 will be the year to seal President Obama’s climate legacy. How will courts rule on states that are challenging the Clean Power Plan? What will states’ CPP implementation plans look like? Will President Obama pursue more executive actions before he leaves office, such as emissions standards for heavy-duty vehicles, hydrofluorocarbons (HFCs), and methane in landfills and infrastructure?

We’ll also watch to see how climate change plays out in the presidential debates and campaigns. Given the stakes, climate change must be part of the national conversation around America’s next leader.

These are just a few of the many environment and development issues that will garner attention this year. How they progress will provide clear benchmarks for how the world is handling the “big pivot,” as Steer called it, from commitments to concrete action on the ground. 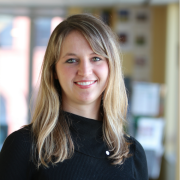 3 key battlegrounds for cities in the war against climate change

See all by Sarah Parsons