The 6 commandments of successful collaboration

Finding order in the wilderness of opportunities to work across silos.

The following is an excerpt from "The Art of Leading Collectively."

Helping people collaborate successfully has been the core of my work for two decades.

If things got difficult, if crises emerged, I found a way to get all the actors back into a collaborative space. If people refused to talk with one another or work together, I gently guided them into listening to others. If people were drowning in a cumbersome cooperation structure, I revived their passion for the larger goal.

What intrigued me was discovering how little we actually knew about when collaboration worked and why. Could we identify which ingredients would lead to better co-creation? Rarely.

So I began to ask a question — across cultures, sectors, initiatives and thematic areas: Can you remember a situation when a group of committed actors led collectively toward an issue of common concern? 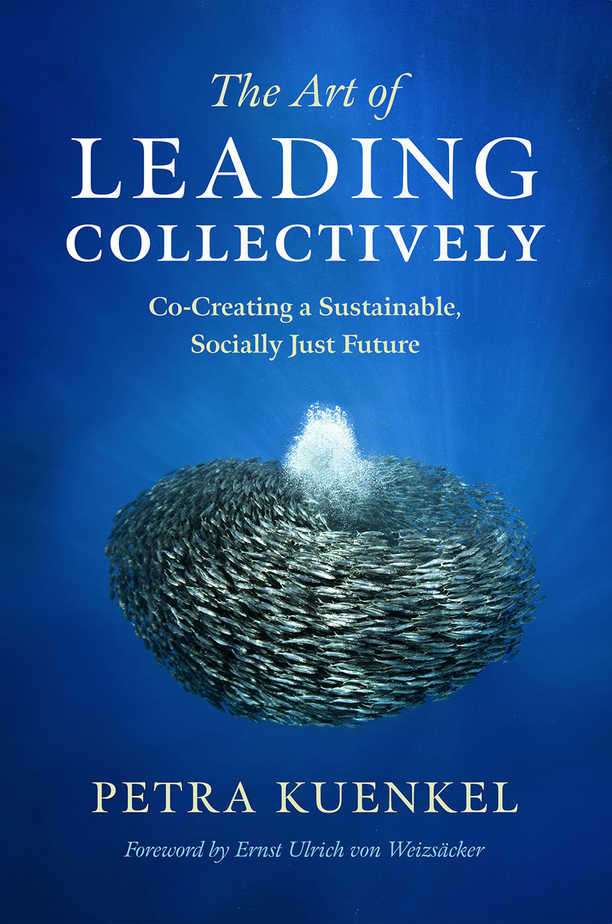 Most people gave me an immediate, and often a passionate, answer. However small or large, they could remember when collaboration had worked, a time when people inspired one another to make a difference. I concluded that deep inside we know from experience how collective leadership works.

I then added another question: What must come into play for this to happen?

People paused; sometimes they could not respond. Those who answered hinted at chance, a special leadership quality in one person, or special circumstances. Gradually they listed factors that contributed to successful collaboration: trust, listening, patience, mutual respect, a larger goal, urgency, caretaking and persistence.

That list was good but still did not satisfy me. These factors help, but did they empower people to consciously shift the way they co-created?

I continued my inquiry and started to observe more closely.

What was present when a cross-sector group agreed on a plan of action in an atmosphere of joint commitment? What kept a diverse group of actors together when each had to overcome hurdles in convincing their institution to collaborate? What emerged when a group of managers from competing industries patiently persisted in creating an industry-wide approach to tackling a sustainability challenge despite all legal impediments? How did people build committed teams both within and across organizational boundaries? How did they manage to integrate different organizational cultures into joint initiatives and foster collaboration among diverse stakeholders?

When I looked behind the scenes of collaboration initiatives that included a wide range of actors, one insight emerged. It was simple and at the same time complex.

It reminded me of the writings of the American architect Christopher Alexander. He sometimes started his lectures with a simple exercise, showing two different photographs and asking students the question: In which photograph do you see more life?

The answers were surprising. About 80 percent of the students agreed on one photograph.

But what did this mean? After many trials, Alexander concluded that their perception of a degree of "life" in an external structure — a photograph, a building, a painting — was not arbitrary. Nor was it simply a matter of taste. There was a pattern in the structures that resonated with the human heart and mind.

All systems in the world gain their life, in some fashion, from the cooperation and interaction of the living centers they contain.

The architect took off on a journey of discovery that led him to formulate a language of patterns, a way of ordering architectural space that enhances the life force in human beings. He discovered that built structures are dynamic in that the different parts have impacts on one another.

The feeling of awe and deeper connection that many people have when they stand in Chartres Cathedral is not just subjective, but is caused by an ordered pattern of elements in relation to one another.

He described this in the following way: "All systems in the world gain their life, in some fashion, from the cooperation and interaction of the living centers they contain, always in a bootstrap configuration, which allows one center to be propped up by another, so that each one ignites a spark in the one it helps, and that mutual helping creates life in the whole."

We all know this feeling of aliveness — when we are happy, when our heart resonates, when we feel most connected with life, when our humanity expands. We are intrinsically linked to the order of life within us and around us — people, architecture, nature. We are constantly being created by this order as much as we participate in creating this order.

So one of my simple conclusions was: Co-creation works best in a collaborative space where there is "life" — a sense of vitality, not superficial harmony.

Have you ever been part of a team that achieved something remarkable? It gives you a feeling of igniting one another’s vitality. It’s fun. It is the feeling of being alive. It is energy boosting.

What then would this mean for our collective ability to co-create in a more constructive, more sustainable way?

Christopher Alexander developed an elaborate pattern language, a way to order space for art and architecture, modeled after patterns of nature.

Would it help us if we understood a little more about the patterns of interaction among people that further collaborative co-creation? If we knew a little more about how "living centers" support one another and come together as a pattern of vitality, could we more easily create an atmosphere in which collaboration works and people more easily connect with goals that serve them today and future generations tomorrow?

You may argue that this is too far away from your world of logical frameworks for project plans, impact monitoring, balanced scorecards, quarterly growth reports, risk management procedures, performance evaluations and deliverables. My experience says otherwise.

On the contrary, it may make your life easier because there is no other choice: We need to co-create a better future. And in this, collaboration is key.

For example, sustainable supply chains are core to delivering long-term good for both suppliers and consumers. But determining all the sustainability issues along the supply chain is a demanding task given the complexity of supplier networks that have evolved with globalization.

We can move forward when we understand how a group of collaborating actors can lead for sustainability, and how we can inspire large groups of people to act in favor of the common good.

Co-creation works best in a collaborative space where there is 'life' — a sense of vitality, not superficial harmony.

Over my years of working in complex collaboration projects and institutional change management, I began to notice which ingredients shifted the actors into a more collaborative space. None of the ingredients was radically new — it was the combination, the presence of a pattern of mutually supportive ingredients, that made a difference.

These ingredients were personal competencies. People either brought in these competencies or developed them jointly with their collaborators.

In the stuffy room in Salvador de Bahia, all the ingredients were there. When the participants went home, they promoted the business value of sustainability engagement, explained the marketing advantages of sustainable coffee, expressed their conviction that this would really benefit small coffee farmers, and presented the benefits of an ambitious public–private development project to their governments.

But in the meeting room in Brazil, there was more to this group than the rational explanation for each stakeholder’s participation. Despite all the repeated political fights and contradictory positions, people agreed that there existed a climate of collective leadership for the future with respect for one another at its core.

Everyone was aware of the responsibility bestowed on them: They could each make this one step toward sustainability fail or succeed. As one of the participants summarized, "There was an atmosphere of commitment that made it impossible to misbehave; you would not withhold your position, but would always stay in the collaborative field. You knew that this was a global learning process we were all in together."

What was the magic? Complex, yet simple, it was the presence of a pattern of these six human competencies in interaction.

1. A sense of future possibilities

Over the years of building the coffee initiative, people had developed a sense of future possibilities.

What had seemed impossible at the outset — to shift the global coffee market — had come within reach. This had only been possible because people had grown together beyond their differences of opinion, business rationale, culture, earnings and worldviews.

They had learned to interact as people with different positions yet with compassion.

They had built a process of authentic and reliable engagement, a prerequisite for both trust and commitment to tangible outcomes and collective action.

All participants in the initiative were prepared to take a risk, to venture into an unknown territory with uncertain outcomes, despite difficulties justifying their actions to superiors.

They were jointly and across institutions piloting an innovation by building an industry-wide value-chain community.

None of the stakeholder groups — industry, NGOs or coffee producers — would have found solutions to the sustainability challenges in green coffee production alone.

They had accessed their own humanity and were able to see the person behind a viewpoint and the intention behind a position.

This became a cornerstone of their ability to overcome almost irreconcilable differences.

It was the gradually increasing openness to collective intelligence that improved the solutions. The patience to listen even to the most critical stakeholders enabled an approach that would work for small-scale farmers as well as large-scale producers.

With the participation in the coffee initiative, the picture of reality widened. Exposure to such entirely different ways of operating and of viewing the same issue — coffee production — contributed to people’s ability to see the larger context in which they were embedded.

This sense of wholeness made it easier for people to stay in a collaborative field.

People had empowered one another to jointly make a difference. I believe it is time to scale up this empowerment.

See all by Petra Kuenkel