As ministers begin to arrive during the second week of negotiations here at COP 17 in Durban, we see a growing gap between lofty statements of political aspiration and the development of actual policies and programs that will aid in the fight against climate change.

The negotiating texts are heavily bracketed in critical areas, and it will be up to high-level government representatives to break, or steer around, looming deadlocks. While real progress has been made toward putting the technology and finance institutions into operation that were agreed upon last year, there remain many significant unresolved political issues in these complicated negotiations.

1. What is the fate of the Kyoto Protocol, which will see its emissions reduction targets expire at the end of 2012 as Japan, Russia and Canada leave the agreement?
2. How do we square the ambitious national emissions reduction goals put forward by various governments with their inability to meet earlier reduction pledges, in order to meet the goal of holding overall temperature rise to 2° Celsius?
3. How will governments mobilize the $100 billion needed annually from private and public sector sources by 2020?
4. Will the Clean Development Mechanism continue and what are the implications for the viability of global carbon markets?
5. What about the nettlesome intellectual property and trade issues, which are back on the agenda and proliferating?
6. What will be the ultimate legal form and timing of a long-term global climate agreement?

My organization, the United States Council for International Business (USCIB), has sought to promote the priorities of our member companies, including the development of enabling frameworks for technology innovation, ensuring open trade and enhancing the business community’s substantive engagement in framing policies and their implementation.

The business community has conveyed a number of key messages to the negotiators:

• We remain committed to an ambitious, global agreement on climate change, which we believe can contribute to renewed economic growth and job-creation.
• Support for innovation, and the intellectual property rights that underpin it, is critical to meeting the climate challenge.
• No technologies or energy sources should be excluded or ruled out, so long as they contribute to combating climate change.
• New international institutions developed to fight climate change must be practically oriented and non-bureaucratic.
• Business must be a partner in identifying solutions, bringing needed expertise to bear and disseminating new technologies.
• Open markets for trade and investment are critical to ensure rapid dissemination of new technologies and solutions.

By and large, governments have reacted positively to the idea of involving business through a recognized channel, and USCIB will be recommending next steps, working closely with other major industry groups.

Among the 16,000 participants at COP 17, there are dozens of U.S. business representatives on hand. Business delegates have coordinated their activities to an extraordinary degree, presenting a unified face and common positions.

To this point, the USCIB has:

• Joined multiple U.S. business associations in a joint letter to President Obama on the importance of securing intellectual property rights in the UN climate talks
• Met with government delegations and lead negotiators, to underscore our priorities and flag areas of concern
• Played a lead role in events organized by the International Chamber of Commerce (ICC) and the Major Economies Business Forum (BizMEF), including the well-attended Business Day and daily business group meetings, and developing business statements to negotiators.

The numerous BizMEF statements that were the subject of my previous posting have been widely circulated among governments and are having an impact. Now we are fast approaching crunch-time for the climate talks.

The way forward to COP 18, which will be held in Doha, Qatar a year from now, will depend on countries reaching agreement on how to transition to a new, more ambitious, comprehensive, long-term agreement (2020 and beyond), while also determining the future of the Kyoto Protocol. You can expect a wrap-up report from me at the end of this week with high-priority issues to watch for among U.S. companies. 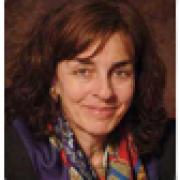