"I’d love to create a video about what we’re doing!" I hear this line frequently from people who are doing fantastic work and want to showcase their innovations or be a sustainability role model and inspire others to follow suit.

It’s a noble idea, but it’s not that simple. For starters, it generally requires analyzing the big-picture, including getting clear about who your audience is and establishing what your goals are for the video before charging forward. The answers can influence almost every decision you make along the way.

I’ve been producing videos on sustainability topics for 25 years. (View some examples here, including a recent video for the University of San Francisco’s Office of Sustainability that I’ll reference going forward.) I’d like to offer six insights that can help your project succeed.

Mike London, assistant V.P. of USF’s Facilities Management, recently had been asked to launch the new office of sustainability under his umbrella and he wanted to do so in a way that was inclusive of all the sustainability stakeholders on campus. He needed to reach a broad audience that included new and incoming students, faculty, administration and the surrounding neighbors.

Defining this audience shaped our creative approach. If we had just been talking to students, our casting and creative approach might have been different, because youth generally prefer to hear from their peers.

If we had just been talking to students, our casting and creative approach might have been different, because youth generally prefer to hear from their peers.

In further defining our audience we learned that 75 percent of USF's students are from out-of-state, so we established that we were not "preaching to the converted," as we may have been with longtime California residents. These audience details are important to identify at the beginning of a project.

What do you want people to "think, feel, do, or believe" after watching your video? You can’t realistically expect to achieve more than three. You might, but it’s good to get clear about your priorities.

We wanted people to:

We also knew that if we told our story well, the video would attract new students. Millennials want to be part of the solution, so sustainability is good for business.

We had nuanced decisions to make with every element: storytelling; creative treatment; casting; image selection; and music — so we had to have the focused and cohesive direction that goals provide.

On college campuses and in businesses these days, there are often many sustainability stories to tell. How do you actually find your story?

My co-producer, Deborah Fleischer, and I started with a review of recent sustainability videos that are out there. You want to be fresh and relevant, and viewing a variety of videos helps me brainstorm. So we looked at what other universities and businesses are doing, and at sustainability videos on YouTube.

Then we started talking with students, faculty and facilities to gain understanding about the big picture of what USF is doing. It was in that discovery process, that we came up with the idea to align with the mission of the university:

We decided to tell a story that aligned sustainability with the core values of our audience, rather than doing a case study, telling the hero’s journey, creating an instructive piece, drawing metaphors or any number of other potential stories.

Some of my best ideas emerge when I nurture my creativity by surfing, mountain biking or spending quiet time in nature.

There are many ways to find your story and creative treatment. Some of my best ideas emerge when I nurture my creativity by surfing, mountain biking, or spending quiet time in nature. Do what works for you. Research and live in the questions that you have for the project and keep a pen and paper by your bedside.

Casting is enormously important. Keep in mind that "how" someone says something is as important as "what" they say. Some questions to ask:

How do you find out? Arrange to see potential talent before making a final decision, rather than just having a phone call:

A word of caution — wait to invite someone to be in your video until you are certain that you want to include them. It can be incredibly awkward to un-invite someone or leave them on the cutting room floor. Doing so can cause political ill will within your organization, but not doing so may force you to compromise your video with someone who is awful on-camera. So take your time, do your research, and avoid making any promises for as long as you can.

A benefit of our dovetailing video production with Deborah’s print and web storytelling for Green Impact’s USF launch campaign is that the interviews were a key first step in developing the big-picture strategy, so we were justified in doing more extensive research than we may have been for just a video and it took the pressure and focus off casting. Nobody was offended — in fact, people were flattered to be included in our process.

Talking heads can be boring, so when you’re casting, look for people who "do" something visually interesting. The USF Dons (athletic teams) are extremely popular and we decided to feature a student athlete. We pre-interviewed environmental studies students who were also athletes and found a track star who had just the right energy and passion on-camera.

We pre-interviewed environmental studies students who were also athletes and found a track star who had just the right energy and passion on-camera.

Your images can add "complimentary" messaging and entertainment value. To show nature we considered "local" vs. "global" imagery and chose local to help convey that the University of San Francisco is on the ocean. This complimentary messaging gives the audience a sense of place and helps attract new students, which was one of our goals for the video.

When you want to show nature, it can be cost-prohibitive to sit around waiting for the perfect shot of a wild animal. There are great stock footage libraries online — the world is your oyster. You can get many of your images for flat fees of $75-300, but rare and unique images can run $500 to $1,000 or more and can have limitations on their use.

Keep in mind is that the creator owns the copyright, so if you use third party assets, you need to properly license them. This is especially critical if you plan to post your video online.

Consider using resources available within your organization. We took advantage of pre-existing aerials and other footage from the communications department and recruited some film crew from the athletics department. 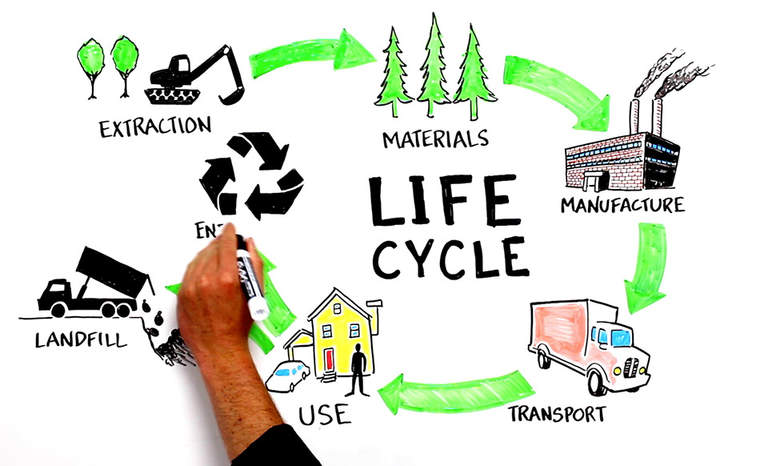 The Beloved in Nature

Animation can be an entertaining way to convey significant information in a short amount of time. The viral success (over 15 million views) of Annie Leonard’s Story of Stuff video is a classic example of how powerful animation coupled with great storytelling can be.

This recent video integrates another approach to integrating animation with storytelling. It’s a USF executive vision video that tells a story that aligns with Laudato Si — Pope Francis’s environmental encyclical and it provides a strong example of the hybrid approach to music described below.

6. Sound is half your message

Creating a powerful music score can take a video from being good to being great. Two traditional approaches to scoring are license from a music library or have a composer create a score. Music library cues can work beautifully, but many web videos have inexpensive music that tends to be repetitive and doesn’t support the story arc. On the other end of the cost spectrum, high-end videos are often scored by a composer, which is the ideal approach but can be cost-prohibitive.

To do the most with the least, I sometimes take a hybrid approach and create an initial score using library music, which gives us music to work with in editing. Then, once the story and pacing won’t change, I have a composer customize the score by creating custom layers and transitions that punctuate moments; create bridges to help the pacing and length work; and help with the story arc to take people on an emotional journey.

We took this approach with both "Green Happens Here" and "The Beloved in Nature" USF videos referenced above.

I hope that these suggestions help you give your audience goosebumps with your next video.

How to tell your sustainability story

How to communicate your sustainability story

Why Sharing Even the Messiest Sustainability Story is a Good Idea