The eighth year of the VERGE conference shows how far we've come — and how far we have yet to go.

Last week, GreenBiz Group convened its annual conference on the intersection of sustainability and technology, VERGE 18, in Oakland, California. While the stakes never have been higher — just take a look at the spate of recent climate reports —the stakeholders were grounded in the thick of the action and technology being used to fight climate change. From founders to executives, policymakers to changemakers, artists to practitioners, the more than 2,500 VERGE attendees gathered for discussions, workshops, expos and even songs.

After the busy week, with some time to digest (and no, I’m not just talking about the Future of Food showcase), a few major themes stood out to me. Among the three co-located conferences at VERGE — transportation and mobility; renewable energy; and circular economy — there seemed to be more than a few threads tying the week together. Here they are, in no particular order.

1. The necessity of greater investment in decarbonization

While the science says that carbon must be removed from the atmosphere in order for the planet to remain habitable, the dirty little secret of business as usual is that this also means reducing the amount of carbon we’re putting into the air. Solutions to both exist but mass deployment does not. 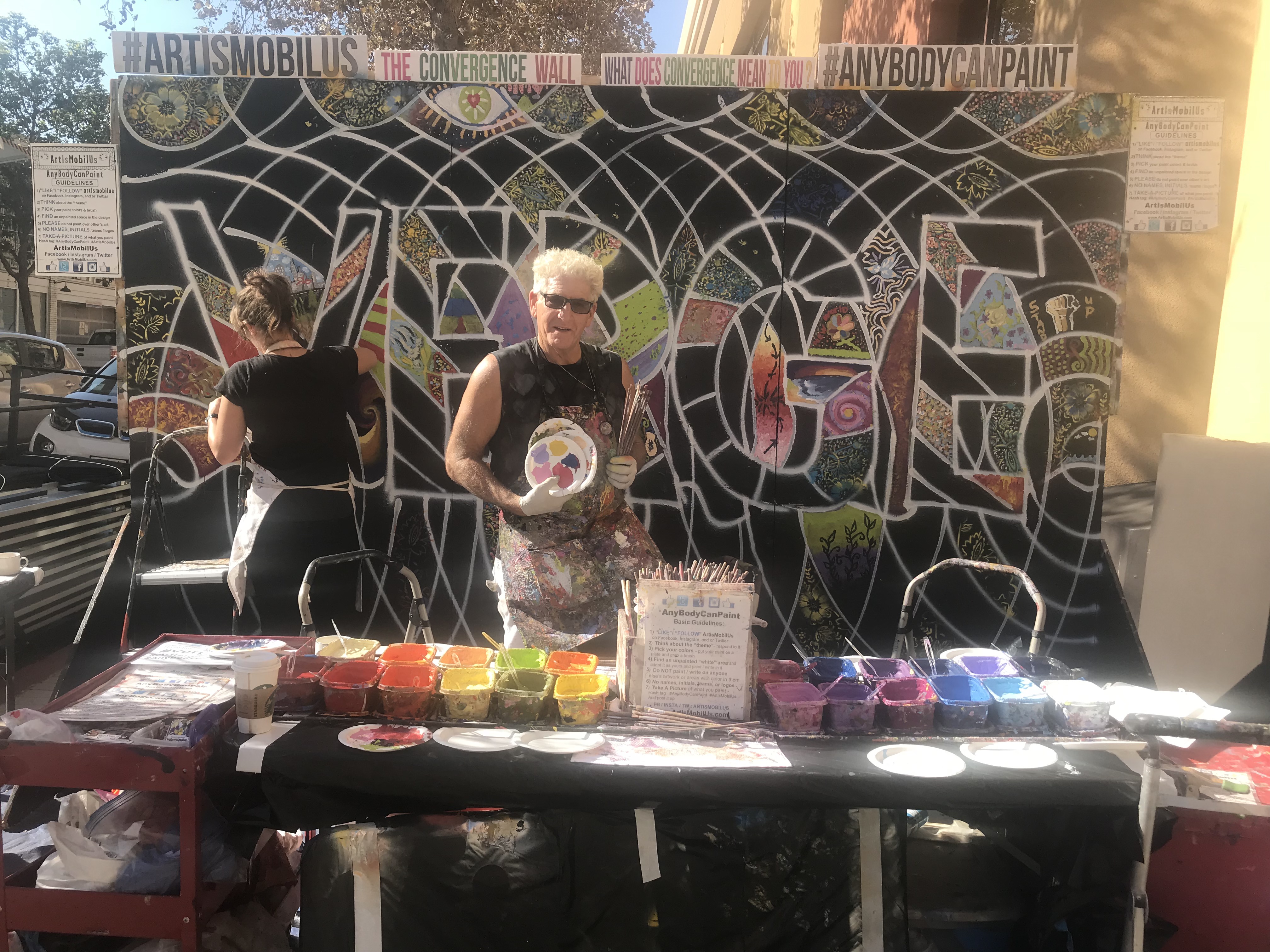 VERGE attendees heard from sustainability directors, academics, energy experts and many more about specific strategies that companies have embraced.

Company deals are only a part of the decarbonization puzzle, though. During VERGE's opening day plenary — as part of the "Pathways to 100 Percent Renewable Energy" session — panelists Chris Clark, Xcel Energy's president of Minnesota, South Dakota and North Dakota; Neha Palmer, Google’s head of energy strategy; and Bill Weihl, formerly Facebook's director of sustainability; discussed moving the needle at the industry level. Clark noted that there's a lot of interest from customers and communities who want affordable, carbon-free solutions to reach the market more quickly.

Other solutions draw on ancient agricultural wisdom and new, cutting-edge technologies. During the "Catalyzing the New Carbon Economy" discussion, academic Julio Friedmann, lawyer and advisor Kate Gordon and oil and natural gas company director Charlene Russell spoke about what carbon removal looks like in operation — from a voluntary carbon market to capturing the chemicals from industrial processes and reinserting them under land masses. Their offered solutions underscored how multifaceted, how critical and how expensive the scope of this work is.

Every single person in the VERGE audience (probably on the planet) has an idea of what an ideal world is, and it's likely not this one. As designer Dawn Danby catechized in not only her opening VERGE "evocation" but also in a workshop about what "regeneration" truly means: "How might we together become healers to support and regenerate the cycles of life?"

Yet almost all VERGE discussions I attended brought up the fact that these cycles of life are endangered, especially given the findings of the most recently released report by the Intergovernmental Panel on Climate Change on the risks and benefits of limiting global warming to 1.5 degrees Celsius. Danby asked us to ask ourselves: What does a systems change look like, and how can we get there?

This means designing a new system while simultaneously redesigning our current one. Almost no business at VERGE could accurately claim to be fully circular, and efforts can fall short.

VERGE's circular economy conference worked to provide answers to that question. The Ellen Macarthur Foundation’s U.S. director Del Hudson spoke at VERGE about how to move away from the "make, use, dispose" linear economic model in order to maximize the materials already in use and resources already at play. Of course, this means designing a new system while simultaneously redesigning our current one. Almost no business at VERGE could accurately claim to be fully circular, and efforts can fall short. In at least two workshops I went to, other attendees brought up the plastic straw issue, specifically pointing to Starbucks' mistaken response.

(In the midst of the loud consumer demand for companies to ban straws, Starbucks announced that it would be replacing them with new "sippy" lid tops — that turned out to be made of more plastic that was even harder to recycle than the average straw. After this was pointed out, the company quickly turned back to the drawing board.)

So are circular economy principles at odds with traditional capitalism and many companies represented at VERGE? To be determined — by 2030, I guess, according to the IPCC.

3. Companies are getting used to the absence of national leadership — and moving on

At the Global Climate Action Summit and at Climate Week in New York within the past month, there were major focuses on policy (or lack thereof). At VERGE, everyone seemed politically talked-out. Maybe it was because there was a greater private sector representation or maybe it was because the general public is nearing the midterm elections, but most discussions among the VERGE audience centered on workarounds for the federal anti-science direction and how to forge ahead regardless. 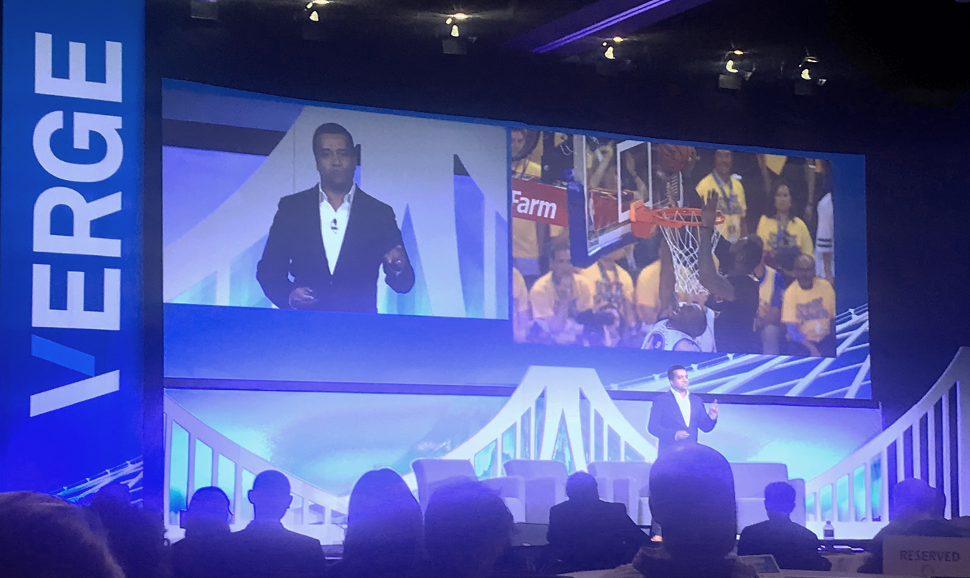 Some state policymakers and NGO heads spoke of the importance of focusing on smaller level change, from communities to states to regions. The Wednesday VERGE Talk from the chairman of Ohio's Public Utilities Commission, Asim Haque, was called "Progress Despite Politics: Lessons from a Red State." Haque spoke to the fact that politics doesn't define clean energy and clean technology; almost always, the economics make the most sense.

VERGE 18's transportation and mobility conference showcased a wide range of solutions to the one of the biggest issues facing the climate. As emissions from the transportation sector continue to rise, in part due to the popularity of online commerce, the affordability of aviation, how easy it is to use cars and other factors, new and innovative solutions must not only spur adoption but also incentivize behavior change. That’s no small feat.

Funnily enough, one of the most commonly touted answers is micromobility. ZipCar founder, transportation expert and VERGE Vanguard honoree Robin Chase spoke onstage at VERGE about the bikeshare, scootershare and carshare revolutions.

One way that many companies and cities already seek to deploy electric vehicles is by working in batches through fleets of buses and vans, a solution majorly featured at VERGE.

One way that many companies and cities already seek to deploy electric vehicles is by working in batches through fleets of buses and vans, a solution majorly featured at VERGE. GreenBiz senior transportation analyst Katie Fehrenbacher hosted a summit with many practitioners to explore best practices. Fleet electrifiers from UPS, the Los Angeles Cleantech Incubator and Walmart also came to the mainstage to discuss how the process has been going.

Chase and her co-presenter, Gabe Klein, co-founder of CityFi, acknowledged that there's no perfect way to solve the transportation sector's problems but the experimentation is important.

5. There's a great deal of excitement for new technologies and innovation

Well, I guess this one wasn't too surprising, at a conference that is the "intersection of sustainability and technology." But the enthusiasm for the possibilities of clean technology was pretty exciting. From the 21 startups at the VERGE Accelerate in the three arenas — energy, transportation and circular economy — to the plethora of companies at the VERGE expo to local high school students visiting to see them, many in the VERGE community came to see the new technology and weren't disappointed. 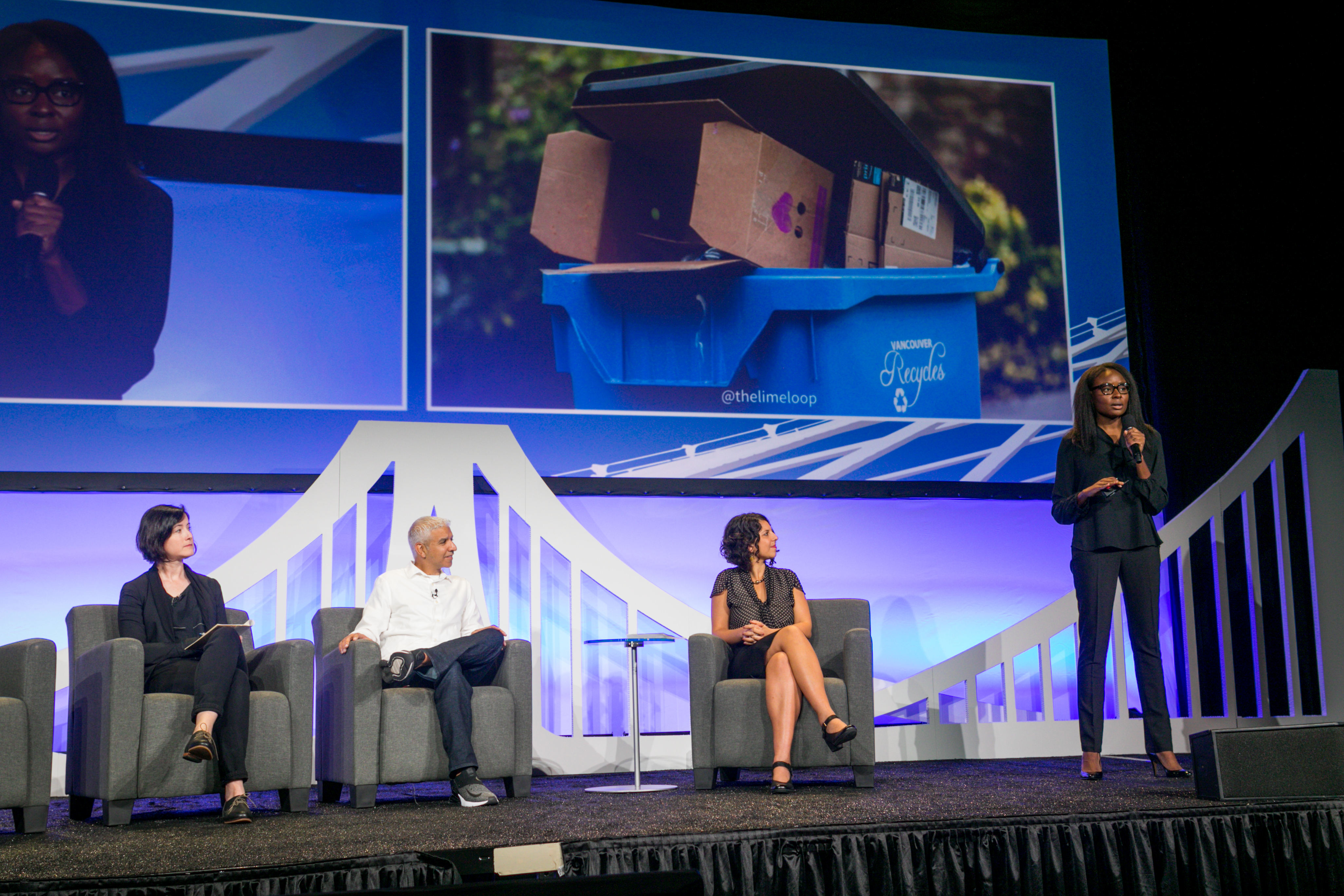 6. A clean economy for some is not the future that we want

As VERGE took place inside the Oakland Marriott, many of the hotel's workers were on strike and protested outside for living pay wages, a cause that GreenBiz strongly supported. During the VERGE mainstage talk, "Creating a Clean Economy for All," Clean Energy Works founder and VERGE Vanguard Holmes Hummel put it succinctly: "I'm sure people have noticed that the workers for the hotel are on strike ... I find that to be a source of real challenge — and inspiration — for a convergence of people who are experts in technology and sustainability ... How is what you're doing relevant to the people who are fighting for a living wage? ... How are the solutions that we bring to the economy inclusive, accessible and relevant enough to the people who are fighting every day to make ends meet?"

Hummel's co-presenter, Tara Lynn Gray, president and CEO of the Fresno Metro Black Chamber of Commerce, agreed, noting, "Sustainability first of all means sustaining ourselves and our families." She pointed out that the poverty burden and the related health effects not only have economic associations but racial associations, and "that's where the picture gets even more dismal."

The equity of a clean economy is essential to any future economy, and the creation of that economy will need a wealth of solutions working together.

Gray's solutions include mobility: clean transit networks would foster higher environmental standards, access to jobs and access to healthcare, all of which are core to standards of living. Long-term sustainable jobs at livable wages are key to living out of poverty and pathways to success, she said.

The equity of a clean economy is essential to any future economy, and the creation of that economy will need a wealth of solutions working together. As Gray said in a video played to the VERGE audience, "One day, there will be a green economy for all in California."

How to leverage policy, from the IRA and beyond, to accelerate climate tech

Leading beyond LEED: The future of the built environment is healthy buildings and an inclusive workforce

8 TED Talks on climate change to inspire and inform you

How AI can help the finance sector advance toward climate solutions