Over the last 20 years, businesses have played their part in the increasing global discussion of climate change and how to adapt to it. Resource efficiency and security have moved up the policy and business agenda, and the more recent discussions have been reframed under the circular economy banner.

From a relatively small number of green niche players and a few leaders in the manufacturing sector implementing eco-design in the early to mid-1990s, we have seen a broadening of the sectors and stakeholders engaged in the "greening" of products. However, most of the focus is still on eco-design rather than sustainable design, and product-related environmental compliance rather than innovation or new business models.

Sustainable innovation continues to move up the business agenda. But what will it look like this year?

1. Smarter city activities will start to factor in the people/social dimension alongside innovation and technology

The concept of smart cities and regions has emerged over the last decade. It's been predicted that 70 percent of the world's population will move to urban areas by 2050, which will mean that we are likely to see a rise of more powerful city-states or city-regions.

As a result, cities easily could become hotbeds for sustainability problems but if people, networks, technology, innovation and information are engaged, mobilized and marshalled appropriately, cities have the potential to become platforms and catalysts for new resource-efficient and low-carbon solutions. Engaging people in new visions is key.

2. Eco-innovation will continue to broaden and become more pervasive

Policy thinking on eco-innovation is moving towards a more horizontal view, based on a pervasive "greening" of industry, and the development of a diverse array of eco-innovative products, services and technologies.

This is reinforced by policy makers starting to explore more systemic approaches to eco-innovation and recognizing the limited impact that existing policies have had; for example, delivering only incremental environmental improvements.However, grassroots innovation interest is also starting to increase on the ground.

3. Pressure for action on climate change will re-emerge as we move towards the climate summit in Paris in November

Increasing resilience and adapting to climate change as well as developing low-carbon, resource-efficient solutions are being hand-wired into future European policy scenarios. But we will see a re-emergence of citizen engagement in the debate. There is likely to be increasing activity by civil society groups as we move towards the Paris summit, with increased awareness through growing media interest after the summer.

4. Circular economy proposals will re-emerge from Brussels with more of a business slant

There will be continued discussion around the need to make products more circular. Circular economy proposals are likely to re-emerge from the European Commission with more of a business focus. Leading companies are implementing products that are designed for disassembly or for up-cycling but are finding a lack of infrastructure, knowledge, network and skills to support these initiatives.

There will be more discussion over standards and terminology, and over the proactive role of design in moving towards a circular economy. The number of repair cafes and re-use centers are likely to increase and we will see a growing interest in economic, environmental and social benefits of remanufacturing.

5. Grassroots innovation activity will continue to grow focused on making, mending and fixing

Green growth is permeating global policy thinking; however, grassroots innovation is emerging from civil society and entrepreneurs rather than from government, big businesses or NGOs.

Making, modification, mending and fixing are being driven by a new "do it" spirit and the public has increased access to information and ideas as well as new tools such as 3D printing being used to produce parts to enable repair. The growth of places and spaces for this has enabled more experimentation and the potential for more circular manufacturing.

Stronger grassroots innovation is emerging through people power, which has been facilitated by social networks and ICT. You can see this in the growing trend of crowdsourcing ideas and funding, such as Kickstarter, and the rise of makers, modifiers and fixers.

Open innovation and crowdsourcing approaches break down potential boundaries to setting up new eco-innovative businesses and enable those with ideas to reach people quicker. As a result, they're being used to co-create new businesses where collaboration and partnership are essential to success.

Developing and building relationships and trust will be increasingly recognized as central principles to co-creation. The number of companies using open green innovation is likely to increase, building on pioneers such as Unilever. 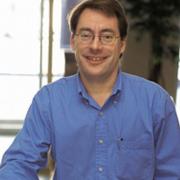 See all by Martin Charter