Lizards and fresh produce don’t seem to have much in common at first. But to Zuzana Toncikova and her team of designers from Slovakia, they go hand in hand.

When Toncikova and her team set out to design an easier, more sustainable way for residents in their home city of Zvolen to grow their own food, they studied the Texas horned lizard’s unique adaptation strategy. The team wanted to create a more water-efficient system, so they looked at how the Texas horned lizard is able to survive in arid areas by collecting water with its body surface.

Enter the BIOcultivator, a self-contained system designed to support plants when the owner is away. This device draws moisture from a composting feature at the bottom of the device, where it develops into condensation in the top "cupola" of the design. The water then is directed to the plants’ roots via channels on the inside of the cupola that are designed to mimic a lizard’s scales. 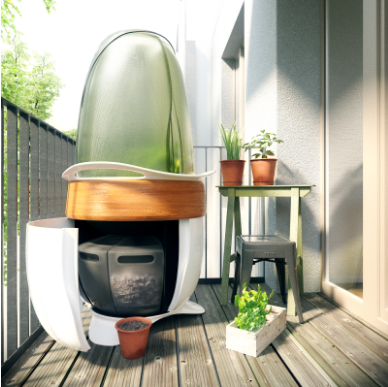 The BIOcultivator is just one of seven nature-inspired food system innovations participating in the Biomimicry Global Design Challenge Accelerator, a program designed to help budding sustainable entrepreneurs bring their biomimicry design solutions from concept to the marketplace. Over the past year, these teams have been working to test and prototype their designs, and this month, at the National Bioneers Conference in California, will be vying for the $100,000 Ray C. Anderson Foundation Ray of Hope Prize.

In addition to the BIOcultivator, here are the other six Accelerator teams’ biomimetic solutions, poised to offer solutions to some of our toughest food system problems:

This University of Oregon team designed a biomimetic drainage system that keeps nutrients in the soil from being lost in runoff. By keeping the nutrients from leaching out of the soil, the Living Filtration System (LFS) not only cleans the water leaving the fields, but also decreases the amount of fertilizer needed and improves soil health over time.

Inspiration: This team was inspired by the earthworm’s digestive system and the human small intestine to create this alternative drainage tiling system that was designed to serve as a catalyst for changing current farming methods.

A team from the Ceres Regional Center for Fruit and Vegetable Innovation in Chile has created a new way to not only help new seedlings grow, but restore and regenerate degraded soils back to health. The biodegradable BioNurse device returns vitality to the soil by improving conditions for seedlings and exposing them to a mix of nutrients, microbiology and hygroscopic components.

Inspiration: The team was inspired by the way that hardy "nurse" plants establish themselves in degraded soils and pave the way for new plant species to grow.

Inspiration: After studying a range of carnivorous plants, the team decided to base its design on the Genlisea violacea "lobster-pot trap." This is a Y-shaped modified leaf chamber that is easy to enter, but not to exit due to its inward-pointing hairs, which force the prey to move in a particular direction. 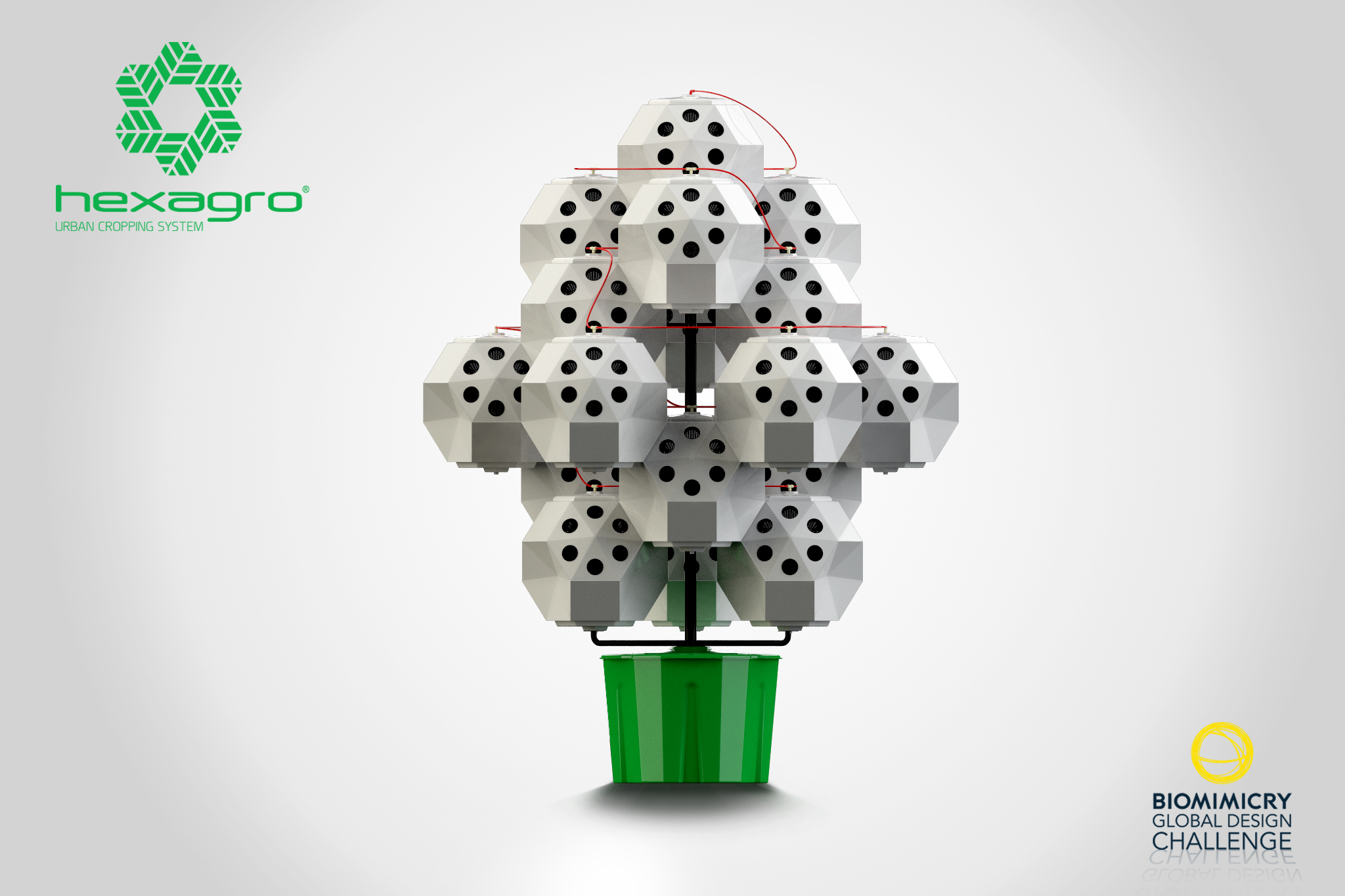 Team Hexagro from Italy has created a "groundless" growing system that gives people the opportunity to grow organic food on a small footprint.

Inspiration: Hexagro is made of recyclable, biodegradable materials and has a unique, hexagonal shape inspired by geometric patterns found in nature (a honeycomb, for example).

This Italian team created a desalinating solar still that produces fresh water for irrigation and soil regeneration, with the total cost of ownership being five times less than traditional solar stills.

Inspiration: Team Planet was inspired by how coastal ecosystems such as mangroves and salt marshes develop, starting from pioneer salt-tolerant species such as Avicennia and Salicornia, which create conditions to generate soil and access freshwater resources.

To learn more about the Biomimicry Global Design Challenge, visit challenge.biomimicry.org. To see all seven teams in action, join the Biomimicry Institute and the Ray C. Anderson Foundation at the first annual Biomimicry Pitch Event and Technology Showcase in San Francisco on October 20 and at the National Bioneers Conference on October 22, when the $100,000 Ray C. Anderson Foundation Ray of Hope Prize will be awarded to the top team.

The author is a commercialization advisor for Biomimicry Institute's Accelerator program. 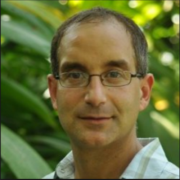 See all by Jacques Chirazi