7 predictions for mobility’s next 7 years

Seven years ago, getting into a car with a stranger at the wheel using a virtually unknown mobile app sounded borderline reckless. And jumping out of the ride without handing cash or a credit card to that stranger felt criminal. Now, sharing a ride with an unknown passenger and driver not only seems acceptable, but oftentimes socially responsible.

As the start-up formerly known as Zimride, now Lyft, completes its IPO — seven years after its founding — it’s a great time to imagine what mobility will look like seven years from today.

Before we look ahead to 2026, here’s what we know is taking place today. Transportation is shifting from ownership to access, has become increasingly multi-modal and has gotten even less expensive in many places. Meanwhile, ride-hailing operators are exploring ways to become a sticky, recurring monthly service instead of a set of one-off transactions.

So, what’s coming next?

First, the bad news. For the next seven years, Mobility as a Service (MaaS) still will be economical, but rides will become more expensive. City congestion taxes, surcharges for short trips or non-shared rides and increasing driver compensation will increase the cost of your everyday ride.

Once considered niche transportation, options for children, the elderly and non-emergency medical visits will become more mainstream. Companies such as Kaizen Health and Zum have grown in popularity by adding a service layer to the ride that Uber and Lyft weren’t able to. These include nanny services for children and bed-to-bed service options for patients.

MaaS is in its infancy in terms of options for consumers. Use-case based mobility options will be common in the next seven years. 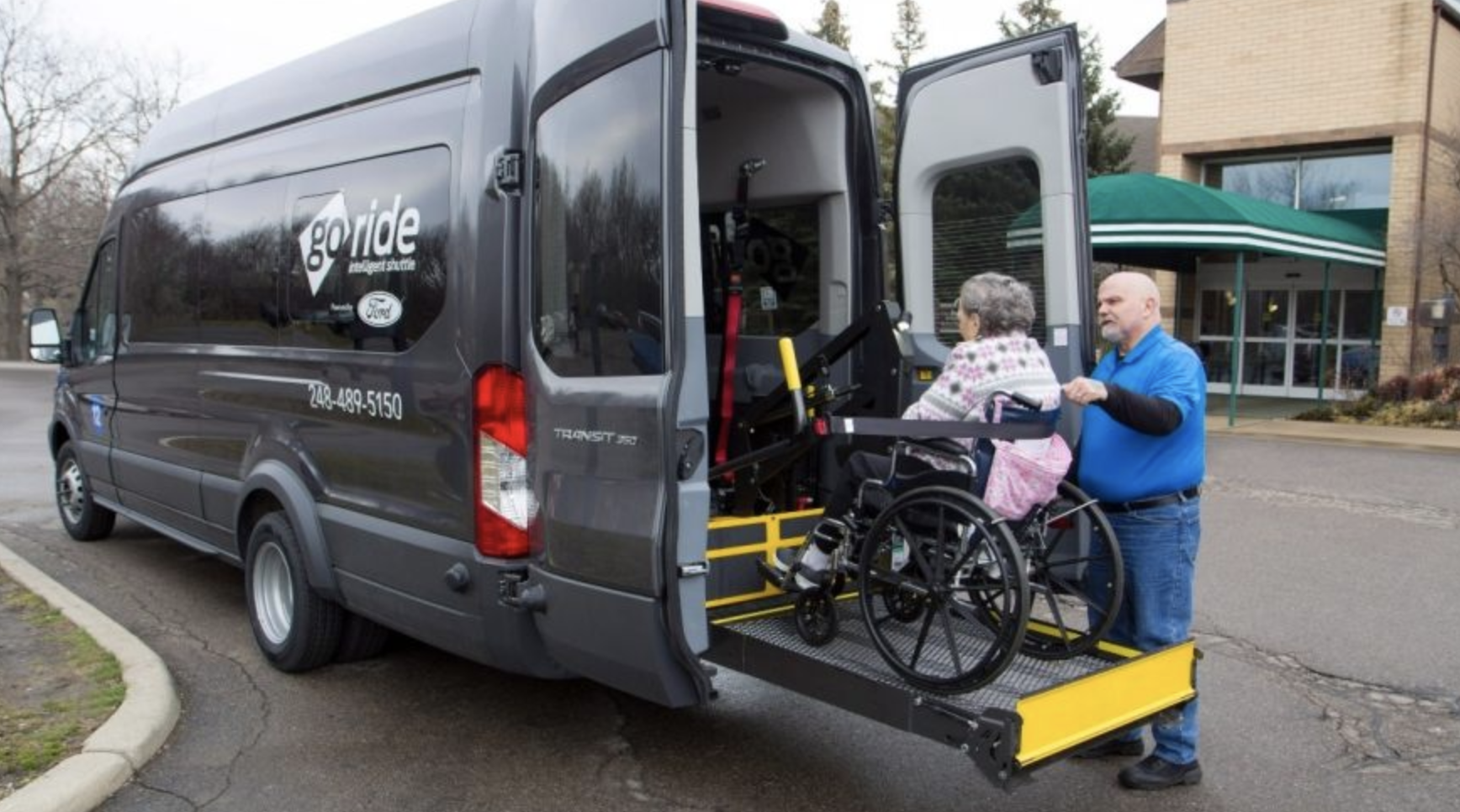 3. Electric fleets will arrive in the U.S. — finally

Nearly two times as many Americans die from air pollution from vehicles than traffic-related deaths. Yet American policymakers have fallen far behind Europe and Asia to reduce greenhouse gas emissions from transportation.

However, seminal legislation passed by California’s state Senate will help electrify ride-hailing fleets. With the EPA’s announcement that car transport is the United States’ No. 1 pollution source, and with ride-hailing fleets traveling an astounding 570,000 miles per weekday in San Francisco alone, California has shown true leadership.

Progressive cities such as New York and Chicago will follow suit, not only for their citizens' well-being but because the drop in electric vehicle battery prices by 2022 will make EVs cheaper to buy than vehicles with internal combustion engines.

Expect that your 2026 ride-hailing pickup will be quiet and won’t have a tailpipe.

Expect that your 2026 ride-hailing pickup will be quiet and won’t have a tailpipe.

Google’s sister company, Waymo, is expected to be worth a whopping $175 billion. But that's not just because of its superior self-driving technology. Waymo's potential ability to leverage Google’s ad data and relationships both augments Waymo's value and demonstrates the value that brands will have in tomorrow’s mobility landscape.

Brands always have played a role in mobility. The hospitality and travel industry often have delivered luxurious rides for its best guests. In today's ride-hailing environments, brands have started taking it up a level. For example, Disney’s Minnie Van service combines an experiential Disney ride to and from its resorts along with knowledgeable Disney cast members.

As MaaS grows, expect other brands with strong consumer bases (airlines, hospitality, credit card companies) to follow this example. Although most will default to advertising, the most innovative will offer mobility options as a form of customer connection, enhanced hospitality or loyalty. 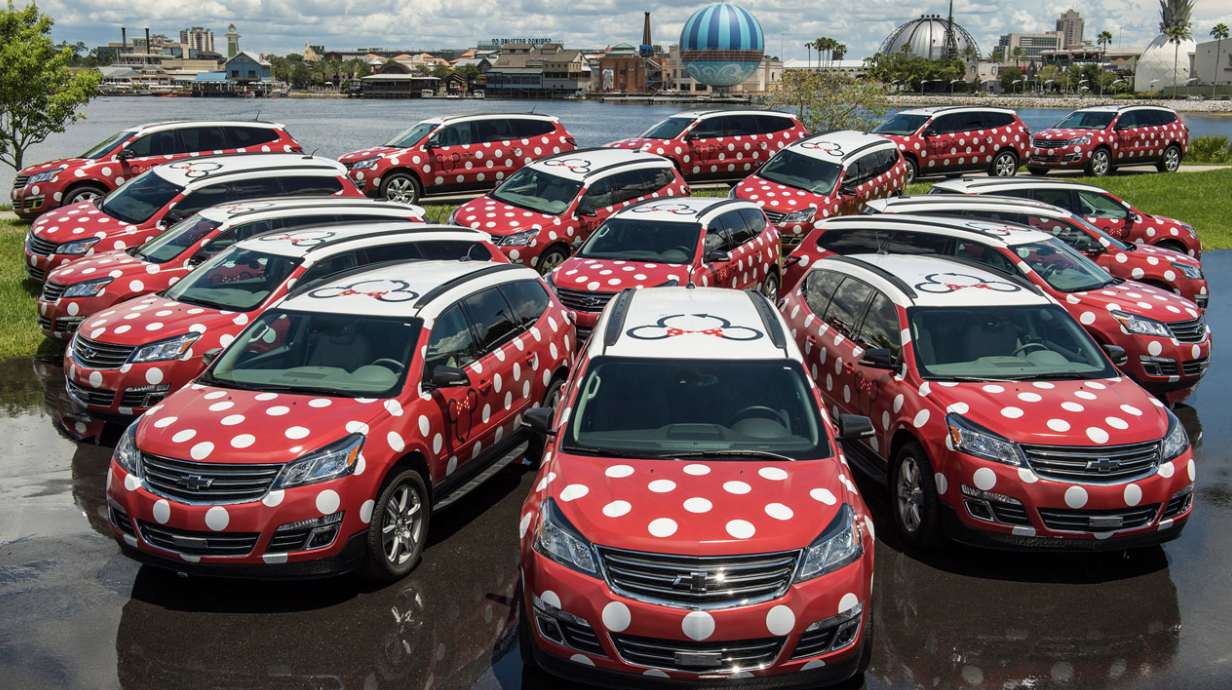 5. Your rides will do more for you

In the future, the destination actually will be part of the journey.

Used to drive to a nail salon? Why not request one that arrives at your doorstep? Want a meal on the way to the airport? Schedule a pizza pick-up and airport drop-off. Need to relax after a long work day but don’t have time to get a massage? Don’t worry, a spa-on-wheels is on its way.

Consumers today get this. Using Alpha’s insight platform, our firm surveyed active ride-hailing passengers. Sixty-one percent said that in the future, they expect their ride will do more for them.

61 percent of active ride-hailing passengers said they expect their ride will do more for them in the future.

Toyota’s unveiling of its e-Palette service at CES 2018 definitely shows that this view of the future is already under development. Its vision has driverless experience pods affixed on a battery-powered vehicle palette. A fleet of palettes may have a mobile hotel pod in the morning and that same fleet then has an Italian restaurant pod added to it in the evening.

And an Intel and Warner Brothers’ Batman ride experience at CES this year depicted  a world where your ride is an immersive movie theater on wheels. Intel displayed a prototype of a ride experience where backseat passengers were viewing a set of Batman movie clips on a floor to ceiling screen in the backseat and projected onto the windows. When you don’t care about looking outside, why not use all the surface area of the vehicle for an engaging viewing experience? 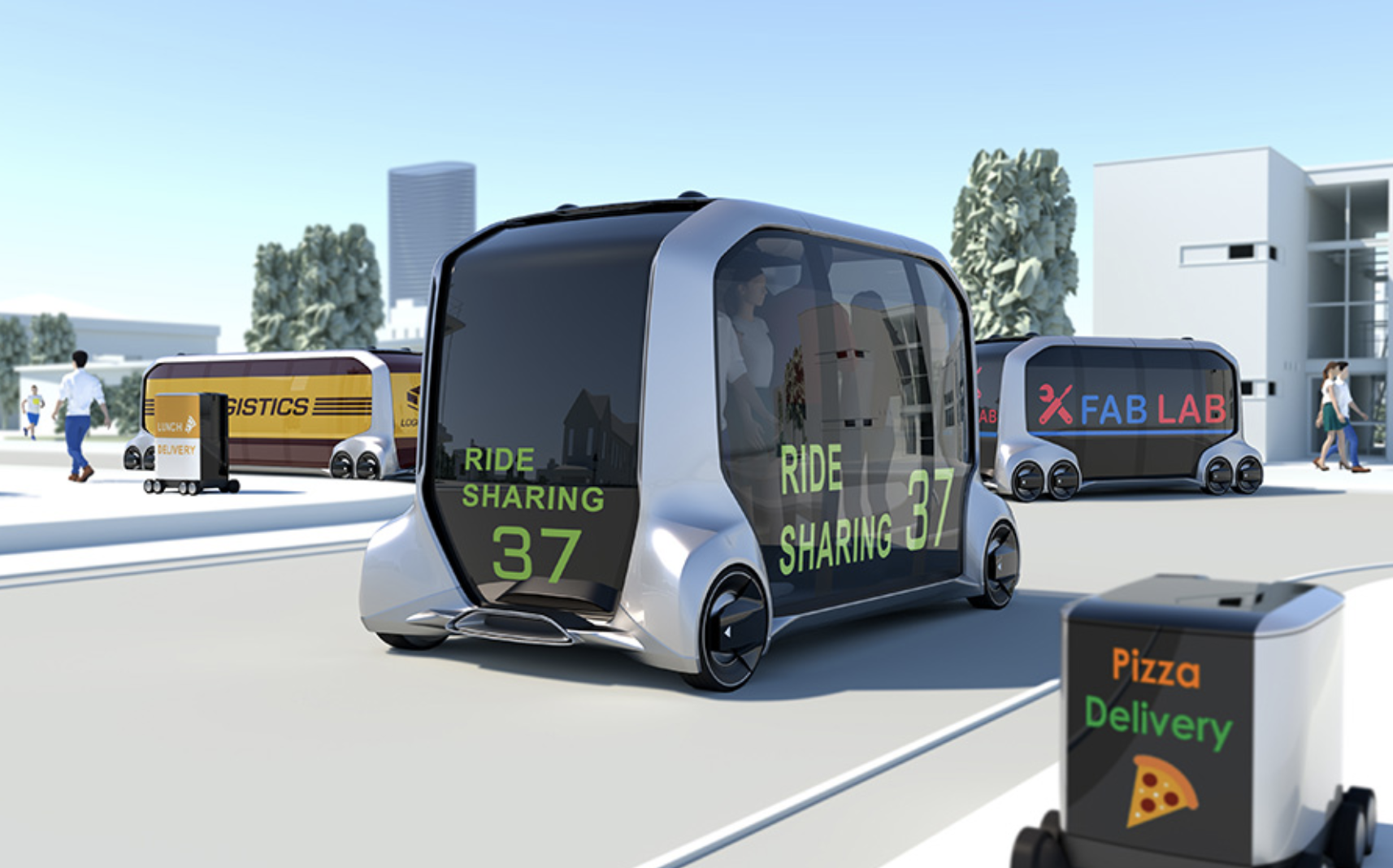 6. The self-driving cars are here

By 2026, autonomous vehicles (AV) will be here. But,not the way you think.

The heaviest use of AVs won't be in the cities you’d expect. And not in vehicles you imagine. They won’t be powered by players you’re used to — perhaps not even on roads or routes you’re familiar with.

Smaller but growing U.S. cities (Phoenix and Las Vegas), international city-states (Singapore and Dubai) and retirement communities will pave the way for heavy AV usage. Most of the vehicles will look more like shuttle buses or rectangular blocks than today’s sleek and aerodynamic sedans.

Today's top car manufacturers will play a role. But chip manufacturers (Intel and NVIDIA), car parts manufacturers (Bosch and Aptiv), and tech giants (Alphabet, Amazon and Apple) may be lead partners or even primary players with AVs.

Why must AVs only operate on current roads? Today’s highway system is partitioned for high-speed vehicles, not horses or cyclists. Imagine partitioned lanes and underground roads as some of tomorrow’s thoroughfares for AVs.

Sorry, science fiction fans — I mean up and down the vertical axis, not into an alternate universe.

With 68 percent of people living in cities in 2050, efficiently moving people in and out of cities requires all available dimensions. Vertical Take Off and Landing vehicles (think bigger helicopters) will move people by the dozens to and from major commuting spots.

Above-ground pipelines acting like pneumatic tubes will zip pods of people at 600-plus miles per hour. And underground expressways will transport vehicles at 250 miles per hour like a superfast maglev train.

So, drop your car keys. Get in the backseat. The future of mobility is just getting good.