7 reasons Walmart has given me hope about green marketing

Twenty-five years ago this month, my book The Green Consumer hit U.S. bookstores. It promised that “Every time you open your wallet, you cast a vote, for or against the environment.”

That was then. Over the intervening quarter century, I became pretty cynical about the willingness of the shopping public to support the environment with their “votes.” At various times, I’ve opined that shoppers were “dazed and confused,” selfish and irrationally exuberant — or, perhaps worst of all, greenwashers.

I’ve even declared that green marketing was “over.”

So, it’s of some significance that I find myself excited about an effort to upend all that. From Walmart, no less.

It’s a nascent program that’s been long in coming — since 2009, when the retailer introduced its Sustainability Index to the world. In the half-dozen years since, the Index has been the subject of speculation about how, and when, it might appear in the marketplace.

That moment has now arrived.

Walmart is determining “sustainability leaders” by way of a questionnaire it sends to suppliers, developed by The Sustainability Consortium, a membership-based research group established by Walmart and other partners in 2009. TSC works with companies, academics and others to establish the criteria that comprise the sustainability “hot spots” for each of hundreds of product categories. Those hot spots became the basis for the questionnaire — typically 12-15 questions for each product category. 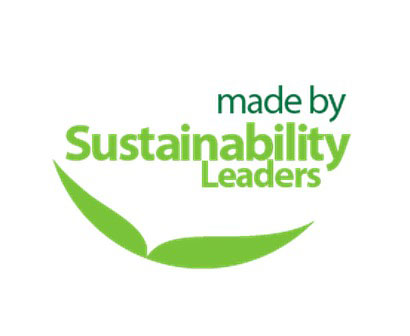 Companies that rank No. 1 for a given category — or that score 80 out of 100 points — are awarded the Sustainability Leaders badge for that category. Unilever, for example, submitted questionnaires for seven categories; it earned the badge in four of them. That is, Walmart considers Unilever a “sustainability leader” in some categories but not others.

Companies will be re-evaluated annually, presumably with new “leaders” emerging. Walmart says it plans to continually raise the bar, based on best-in-class practices.

So, why am I excited about this? Seven reasons:

1. It aggregates a lot of nuanced information. One of the big challenges companies face when talking about their environmental initiatives is that their most important achievements often aren’t part of the value proposition of what they sell. So, for example, a beer manufacturer may be hyper-efficient in its water use, operate zero-waste plants, source barley from growers that use sound land-management practices, power its operations with wind energy and procure materials from suppliers with sterling records in worker health and safety and human rights.

But none of that is marketable to the beer-buying public. How would you possibly message such things to consumers? At best, it would require a lot of nuanced explanations.

Walmart’s badge allows companies to take credit for such measures, assuming they are best in class. It rolls up what are often a lot of technically geeky achievements in a way that doesn’t weigh down consumers with too much detail. (Walmart does offer a deeper dive about what “sustainability” means for a given product category. Here’s what it means for beer.)

Do most shoppers want to know much more than that a company is considered a leader by a third party? I think not.

2. It skirts single-attribute claims. Many products make their environmental claims based on a single factor: that it has reduced or recycled packaging, is made without an undesirable ingredient or sourced organically or ethically. In some cases, those attributes don’t represent the biggest part of that product’s footprint. And, as noted above, other achievements by the same company aren’t mentioned.

Walmart’s Index looks at a broader range of attributes, all of which have been deemed “material” for that product.

Of course, a manufacturer can still fill product labels with whatever specific claims it wants to make — recycled, organic, whatever. But Walmart isn’t necessarily taking a stand on those claims.

3. It recognizes that most impacts lie within supply chains. Our 2015 State of Green Business report shows that for 17 of 19 sectors calculated by Trucost, the majority of natural capital costs occur in their supply chains — typically, 60 to 80 percent of impacts. Walmart’s Index takes many of these into consideration in determining Sustainability Leaders.”

That’s because companies filling out Walmart’s questionnaire need to look upstream to their suppliers, and even their suppliers’ suppliers, to understand what each is doing. Making the Leaders list requires engaging one’s supply chain, perhaps pressing suppliers for new policies and processes that reduce their impacts. That’s encouraging.

For example, in the overview of key beer sustainability issues considered by TSC, it states:

It’s admittedly a low bar, and far from all of the social issues related to beer production. For example, it doesn’t speak to a company’s philanthropy, employee volunteerism or community engagement. It doesn’t address a company’s efforts to train and hire disadvantaged workers or create economic opportunities in indigenous communities. It says nothing of efforts to reduce alcoholism or drinking and driving.

Still, being a Sustainability Leader isn’t just about the environment. So much of what’s considered “sustainability” seems to be, however, often to the detriment of the people affected, directly and indirectly, by a company’s operations.

5. It will yield valuable information about buying habits. There is precious little data out there about the actual buying habits of consumers once they are presented with greener choices. Walmart’s introduction of the Sustainability Leaders badge on its web site will allow the company and its suppliers to learn what’s working — based on real-time data — and make adjustments.

That’s a huge service to marketers, or at least to Walmart. It will give the retailer a competitive advantage in understanding how to attract and appeal to values-based shoppers.

6. It engenders a race to the top. Can you imagine being the brand manager for a manufacturer that came in second in its category? I’m not sure I’d want to be in her shoes. There will be pressure on companies to make the cut. There’s only one way to do that: Improve your score.

Walmart gets this. "What Walmart is very excited about today is using this tool to inspire a race to the top," Walmart Director of Product Sustainability Robert Kaplan told GreenBiz a few weeks ago. "This is about continuous improvement."

7. It engages consumers at scale. It’s Walmart, after all — the world’s biggest retailer. We haven’t yet had a major retailer take such an assertive stand on promoting products from sustainability leadership companies at the point of sale. If it works, it may move to brick-and-mortar stores, perhaps globally. That could, finally, level the playing field for greener goods.

Here are three problems that need to be addressed:

1. The lack of transparency needs to be fixed. We don’t know exactly how Walmart scores each company on each of the categories, only which ones are “leaders,” since the retailer has promised suppliers that the data they submit will be confidential. Even the questions Walmart is asking the retailers aren’t disclosed. That lack of transparency will need to change for the program to be credible.

2. Explanatory information is hard to find. Information about why an individual product’s manufacturer has been given the Sustainability Leaders badge can be hard to find on the website; there needs to be user-friendly one-click information readily available.

3. The sustainability criteria will need to improve over time. As noted above, many of the underlying assumptions about what’s material for a given product seem far from comprehensive. Walmart has promised that the bar will rise as companies continually improve. That remains to be seen.

In addition, for all this to work, Walmart will need to promote its Sustainability Leaders website; it won’t likely sell itself. It’s unclear how, and how much, the company is trying to steer shoppers to that page.

Finally: The whole program further promotes the notion that we can shop our way to sustainability. We can’t, but neither Walmart nor any of its competitors has any incentive for telling that story.

At the end of the day, that’s what made me cynical about green marketing.

Still, I’m rooting for Walmart and its Sustainability Leaders. It’s a noble effort that just might make a difference — something that, to date, green marketing simply has failed to do.