The Report Report brings you highlights from recent reports that are worth a look. Too often, reports from business groups and analysts gather dust on desks, or virtual dust in email inboxes. That’s a lot of wisdom left untapped. Share your own reports by emailing us here.

In the age of Big Data and e-books, it is easier than ever to publish information yet harder to wrap your head around all of it. This is especially true in the sustainability world, with its many innovations and consequences that spiral far into the future with the potential to touch every aspect of modern life.

This is where reports come in: We highlight last year’s best reports that rethink sustainability as a benefit to the bottom line and present the natural and industrial worlds as interlocked partners.

Living Planet Report 2016: Risk and resilience in a new era 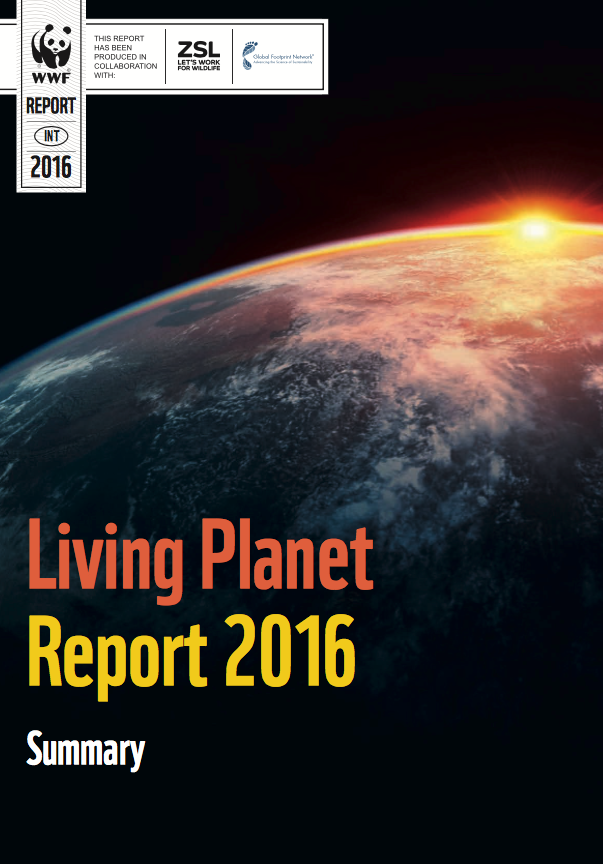 The Living Planet Index measures the state of the world’s biological diversity based on population trends of species from terrestrial, freshwater and marine habitats. The index, compiled into a report of more than 14,000 monitored populations of 3,706 vertebrate species, shows an alarming trend: The global population of all vertebrates has declined by 58 percent between 1970 and 2012.

"The conclusion is stark: the planetary stability our species has enjoyed for 11,700 years, that has allowed civilization to flourish, can no longer be relied upon."

This primer is helpful for understanding our 21st century challenges and responsibilities towards the natural environment. It also identifies the idea of the "Anthropocene," the geologic age after the Holocene that has been marked by human activity.

Bright colors and infographics are at odds with the report’s dire message: We are the deciding actors in an epoch of our own making — and without action, we will find the planet less hospitable to our modern way of life. It’s not all doom-and-gloom, as it shows how societies are addressing population growth, energy and natural resource needs without further harming the environment.

State of the U.S. Ocean and Coastal Economies 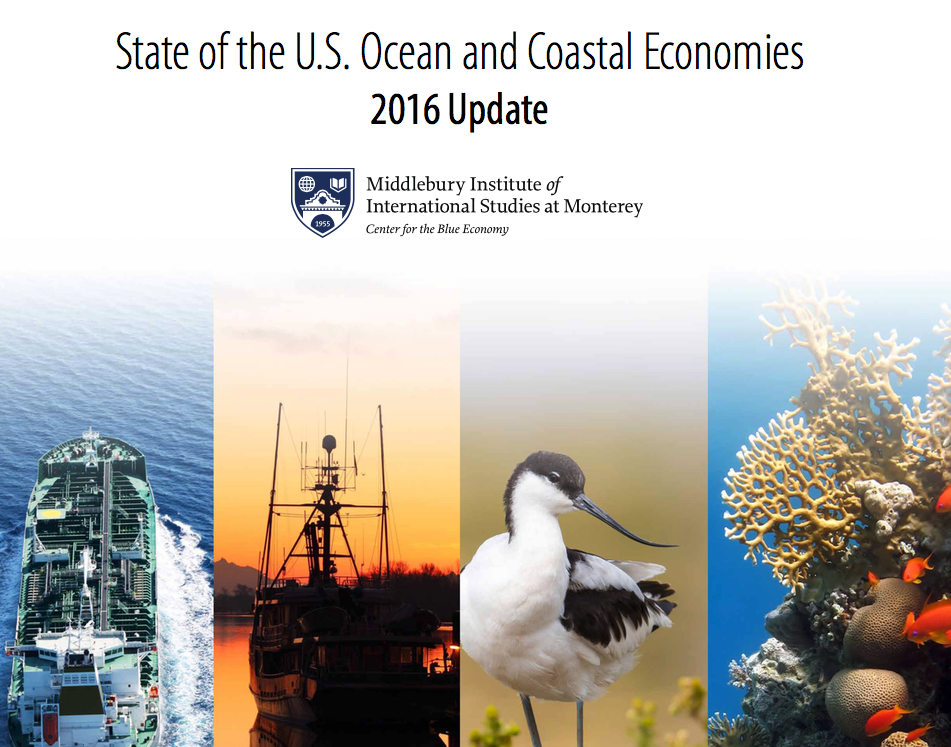 Although the economies dependent upon oceans and coasts (accounting for more than 80 percent of the U.S. economy) are thriving, the living resources they depend upon are declining — along with the dwindling federal resources directed at managing these resources. The report by the National Ocean Economics Program shows that when you put these factors together, you have a recipe for disaster.

“Population patterns are shifting so that major cities, most located in coastal areas, are growing. These coastal regions will bear the brunt of most future growth at a time when the impacts of climate change are accelerating."

Read this report to help you think like an ocean economist. It is data-heavy with graphs about the value of marine shipping, shipping trends, federal ocean-related expenditures and marine transportation imports and exports, all culled from public sources such as the Bureau of Labor Statistics, the Bureau of Economic Analysis and the Census Bureau. Knowing the facts could help us mitigate the rough waters ahead for coastal economies.

The New Plastics Economy: Rethinking the future of plastics 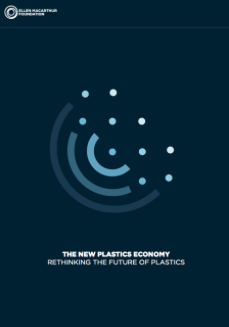 "Applying circular economy principles to global packaging flows could transform the plastics economy and drastically reduce negative externalities such as leakage into the oceans." But to achieve a truly circular economy, we need systems-based thinking and collaboration between manufacturers, designers, retailers and governments.

Eye opening! Plastic use has increased twentyfold in the past 50 years and will double again in the next 20 years. It’s an expensive addiction: Up to 95 percent of plastic packaging material (a $120 billion value) is lost to the economy. The externality cost —including greenhouse gas production — is up to $40 billion. Yet this sleekly designed report posits a future where plastic could be a beneficial, compostable material decoupled from fossil fuel feedstocks.

An Integrated Perspective on the Future of Mobility 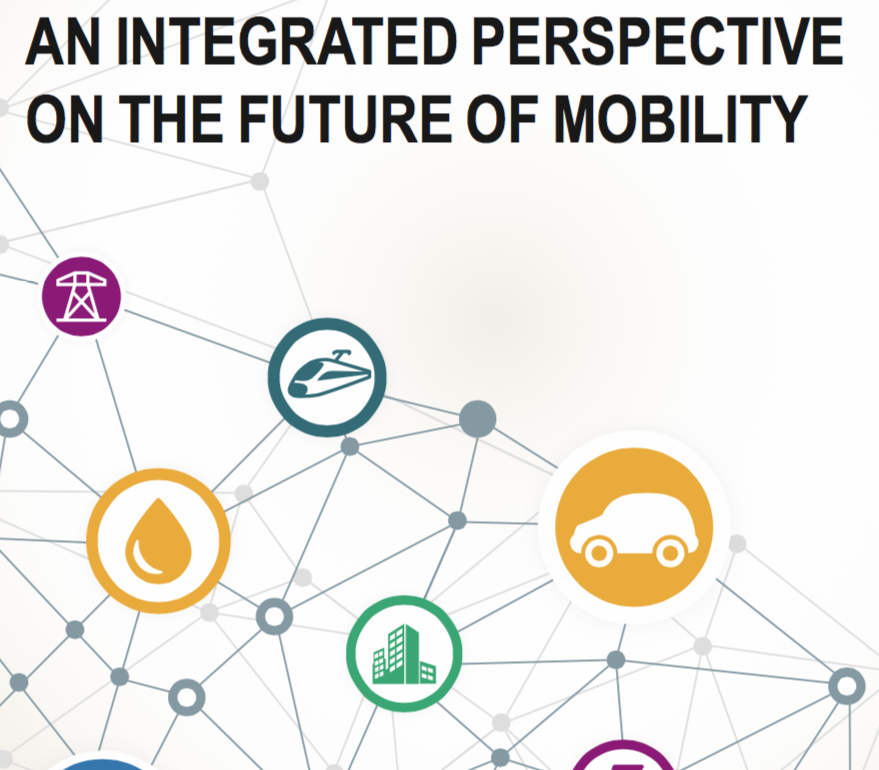 "To view a city from above is to observe a world in motion. Trains carry people to and from work; taxis circulate in abstract patterns; trucks deliver goods and carry away garbage; pedestrians hustle down city blocks; cyclists zip through traffic. Mobility is the lifeblood of our cities and essential for urban life."

It is also a harbringer of smog, traffic and noise. This report presents three models of better urban mobility possible by 2030.

The report opens with examples of cities incorporating the three aspects of future mobility: clean and shared; private autonomy; and seamless mobility. It then takes a closer look at the impact of cleaner-energy technologies such as connectivity, the Internet of Things and the decentralization of power generation and storage. City living is starting to sound sweeter.

Accelerating Into a Clean Energy Future 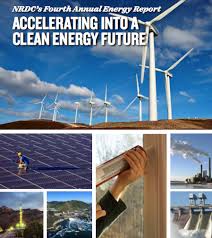 Every year, the NRDC reviews the most recent data to present an overall picture of the U.S. energy sector. From 2015-2016, the United States is in the course of building a lasting clean energy revolution — and a clean future now costs less than a dirty one.

“Coal-fired generation dropped to historic lows, producing only one-third of our electricity, while renewable energy generation reached record highs, with more than one-eighth of America’s electricity generated from solar panels, wind turbines and other renewable resources.”

The NRDC’s annual clean energy snapshot is a bright mark on the timeline of clean energy wins. In 2015, U.S. GDP increased by 30 percent but energy efficiency has kept energy consumption flat. One-eighth of electricity came from renewable resources, coal production is at a historic low and CO2 levels are down 12 percent from 2005, among other victories. The NRDC delivers some (fact based) good news about an otherwise turbulent year.

Out of the starting blocks: Tracking progress on corporate climate action 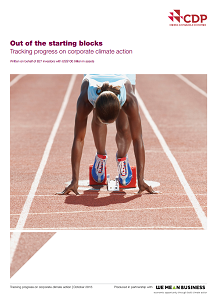 This study, written on behalf of 827 institutional investors with $100 trillion in assets, shows that companies are ready to move from the goals of the Paris climate agreement. Now they need to take action that will get us there.

“The glass is already more than half full on environmental disclosure. Now, we are poised to fill the glass.”

The Paris Agreement calibrated the compass for institutions to keep global warming below 2C. Now businesses must set landmarks along the path. CDP shows how companies in various sectors are disclosing information about emissions reduction, adopting science-based targets, using internal carbon prices and renewable energy. Some are doing well, like materials (at 17 percent disclosure) and others are failing to take the reigns, like the health care industry (five percent disclosure). CDP also turns the lens on itself and aims to engage 700 more companies in climate disclosure over the next five years. 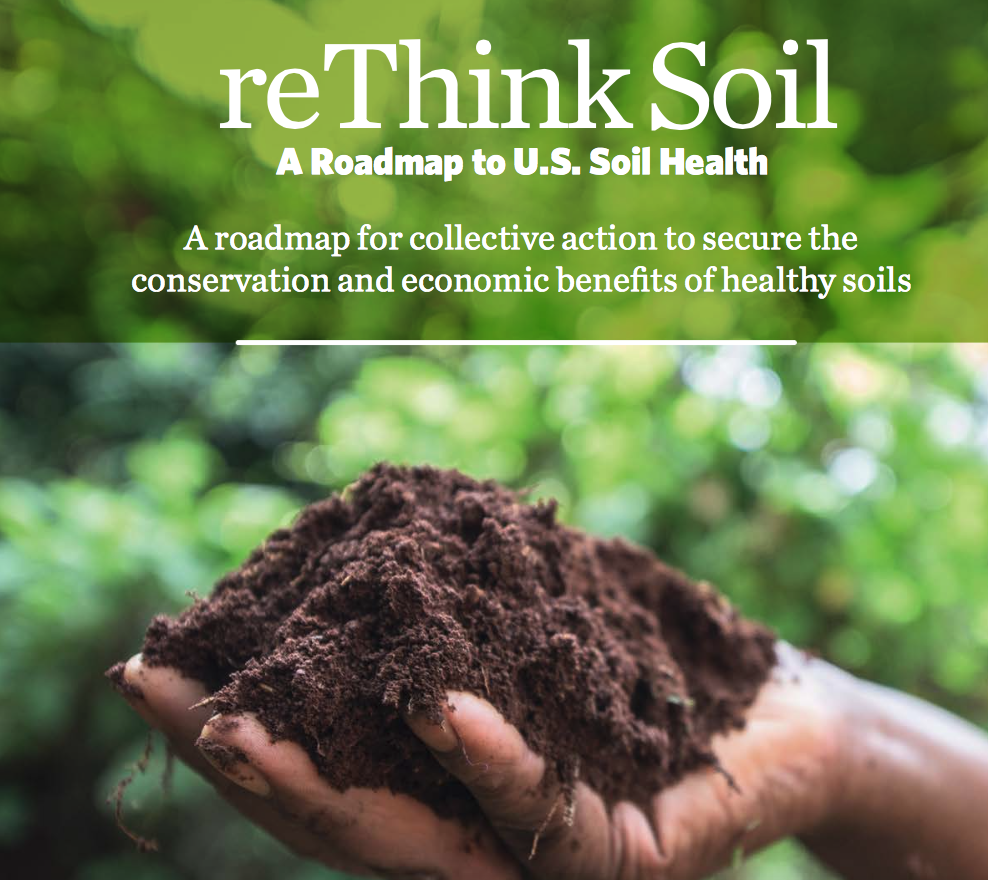 Healthy soils can deliver tangible economic and environmental benefits for U.S. soil, businesses and communities for generations to come.” Specifically, soil mitigates 25 million metric tons of greenhouse gas emissions and reduces 344 million pounds of nutrient erosion. How do we maintain soil integrity while gearing up for a 60 percent increase in productivity to feed global populations?

Get the dirt on soil health, an overlooked asset that feeds all life, including organizational health. Soil health extends beyond farmland, providing nearly all of our food as well as anchoring the climate, protecting against drought and securing clean water. The report provides a roadmap for soil health that everyone can chew on.