7 steps to take if your company oversteps its planetary boundaries

Corporations are failing to report their impact on planetary boundaries and social thresholds. Few, if any, understand the fragility and interconnectedness of the commodities and resources they rely upon, although nonprofits and governments widely consider them to inform policies.

This oversight will cause unforeseen social and climate catastrophes once the Earth's thresholds for chemical pollution, ocean acidification and other forces are reached, according to a recent report by British consultancy Article 13.

"Planetary boundaries" were defined as a "safe operating space for humanity" by a team of researchers led by Johan Rockström in a 2009 article in the journal Ecology and Society. They identified tipping points for nine Earth system processes, which, if crossed, will lead to environmental changes at an unpredictable continental or global scale.

Article 13 followed up on how companies are doing their part to stay within the safe zone — and the results are disheartening. Out of a survey of 211 companies and interviews with 38 sustainability experts, most fail to understand or report on planetary boundaries, ignore social issues and are not transparent about how they set long-term climate targets.

Previous market models of resource consumption theorized that once limits are hit, resource scarcity would cause costs to rise, decreasing the use of commodities, thereby increasing the development of alternative resources. The planetary boundaries view, on the other hand, sees crossing tipping points causing potentially irreversible changes.

In 2012, Oxfam combined these nine planetary thresholds with 11 social thresholds into one framework that allowed for a "safe and just space for humanity," which requires cooperation among governments and businesses.

How can your business chart a sustainable plan for the future? Here are six ways Article 13 says companies are coming up short. 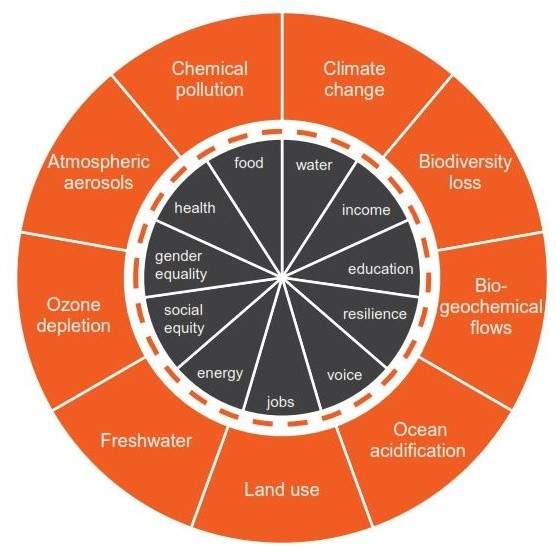 "We do not have to worry so much about how an expanding pie is divided, but a constant or shrinking pie presents a real problem," said ecological economist Robert Costanza. His words ring true as increased population, growth of consumption and demand on resources strain society’s ability to provide access to energy, food, medicine, income and education to all.

We are already seeing the effects: The California drought — the worst in 500 years — has gripped the state for half a decade. Article 13 states:

There is a key difference between understanding "limits" and thresholds. Limits implies that, as we get closer to the supply of, say, diamonds, running out, their extraction and sourcing will become more expensive and an alternative may have to be found. Thresholds is different. Once we go beyond the tipping point, there is no coming back and there isn’t a market model to salvage the situation, as those severely impacted by the Californian drought … will attest. Knowing how much water was available in their own catchment area would have enabled a red flag to have been waved much earlier, and massively reduced the impact on businesses now dealing with the fallout.

In the graphic above. the outside of the circle represents the planetary boundaries being taxed by human activity. In the middle of the "donut" is the safe and just space to "live within our limits." 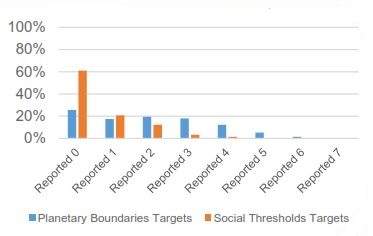 This is coming from impactful corporations: The companies Article 13 included had a combined revenue of $12,815 billion and were situated throughout Europe, the Middle East, Africa, North and South America, Asia and Australia.

Since Article 13 began its research in 2013, many developments have linked global sustainability challenges with business practice. For example: The Global Reporting Initiative’s latest GG4 guidance stated that company reports should cite their role in the context of sustainability; businesses are central to the U.N.’s Sustainable Development Goals (SDGs); and more than 150 companies adopting science-based targets supported the Paris Agreement. 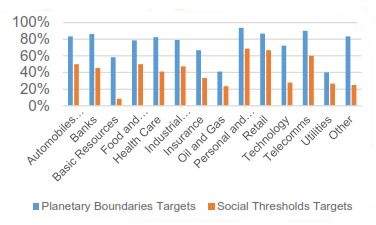 "Materiality is important from a practitioner and business perspective," said Article 13 report author Jim Gordon. "It’s important from a risk perspective to know where resources are coming from and where the opportunities are to create positive value. Where are the new markets and chances to innovate, and opportunities to create products that lessen acidification, lessen energy use, and use is more productively?" 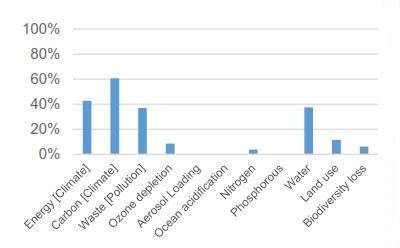 Sadly, no targets were identified for phosphorus, aerosol loading or ocean acidification. 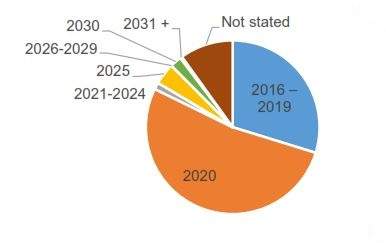 5. Running out of time

The report emphasizes the urgency of reaching climate targets in a timely manner. Most of the surveyed companies’ targets are set to be reached by 2020 (48 percent) or earlier (27 percent).

"Whilst the urgency of the targets is important, limited evidence was found of companies setting roadmaps for their targets to deliver transformative impact towards 2030 and 2050," states the report.

To enable that transformative impact, the authors suggest setting up joint long-term targets with five-year frameworks, designed "not to overwhelm the business" and to fit with business cycles. 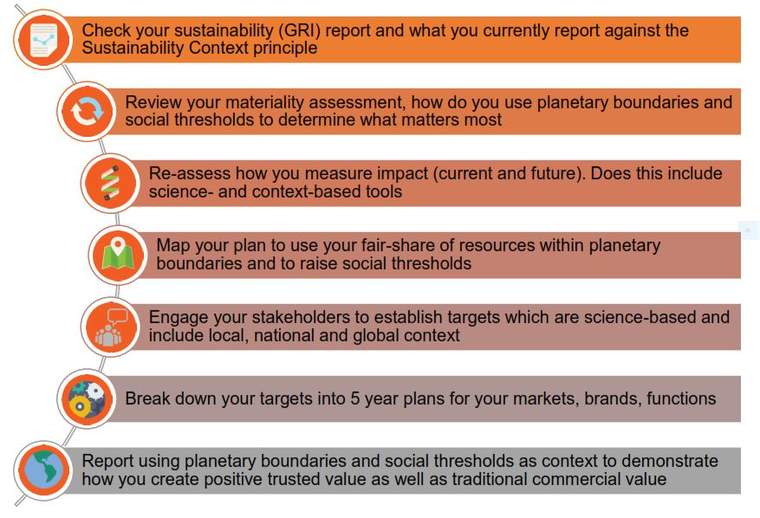 Article 13 recommends a seven-step approach for corporate target setting, as the above chart summarizes.

In order to empower businesses to report, set and achieve planetary boundary and social threshold goals, we must demystify and formalize agreed-upon boundaries and thresholds. We also must strive to research and produce as much context as possible to make the case for businesses to be transparent and true to these goals.

Solar and the circular economy: A recipe for climate optimism?

Wake up: We still have a long, long way to go