On Friday, the United Nations' Intergovernmental Panel on Climate Change (IPCC) released its latest report -- the fifth since the IPCC's creation in 1988 -- on the science of climate change.

These reports, published every five to seven years, are the work of several hundred scientists from around the world who summarize the current understanding of all aspects of climate change research. Thousands of other scientists review the summary, after which the IPCC publishes a comprehensive report, which synthesize findings from thousands of research studies.

Almost 200 countries are involved in the process. The IPCC also publishes reports that provide potential options for climate change mitigation and adaptation. The creators of the fourth IPCC report collectively were awarded the Nobel Peace Prize in 2007.

Here are seven key findings from the new lPCC report on the state of the science of climate change:

1. It is virtually certain that the planet has warmed since the mid-20th century.

At the surface, each of the last three decades has been progressively warmer than the preceding decades since 1850. The rate of sea level rise has been higher than any average rate during the previous 2,000 years, and in the last two decades, ice sheets have been losing mass. Almost all glaciers are shrinking, and Arctic sea ice and Northern Hemisphere snow cover have decreased in extent.

2. Scientists are more confident than ever that humans are responsible.

With every report it has become clearer that the Earth is warming and that human activity is responsible. Scientists are now more than 95 percent certain that humans are the principal cause of climate change, mainly through the burning of fossil fuels. That's up from more than 90 percent in 2007, 66 percent in 2001 and 50 percent in 1995.

3. Further warming is imminent, and short-term records do not reflect long-term climate trends.

Natural internal variability of the climate system, due to the El Niño effect, volcanic eruptions and other influences, makes it impossible to determine the overall warming trend of the planet through short-term measurements. For example, the rate of the increase in surface warming over the past 15 years, from 1998 to 2012, appears slower because it begins with a record hot year due to a strong El Niño effect. On the other hand, the rates of sea level rise and glacial ice melt have accelerated during this time period. Over the long-term, continuing emissions of heat-trapping gases inevitably will cause the planet's surface temperatures to rise.

The warming will be unevenly distributed, with more warming over land and even greater warming at the poles. Temperature increases such as these, even at the lower end, could increase the chances of extreme heat waves, drought and flooding due to heavy rains, and raised sea levels in areas where hundreds of millions of people reside.

5. The melting pace of land ice is accelerating in the Arctic and Antarctica, and sea levels could rise by more than 3 feet by 2100 if greenhouse gas emissions are unchecked.

This could affect major cities, from New York to London to Shanghai. On longer timescales, sea levels could rise by nearly 10 feet over the next several hundred years, and even by more than 20 feet after a millennium if the Greenland ice sheet nearly disappears. However, if governments are able to curb emissions soon, sea levels could rise by slightly less than a foot by the end of the century. Sea level will not be uniform across the world, though, and more than two-thirds of coastlines may experience 20 percent more sea level rise than these globally averaged estimates.

6. The IPCC's estimates of temperature and sea level rise are conservative.

Hundreds of scientists and representatives from nearly 200 countries have to agree on the precise wording of the IPCC reports, and therefore the reports inherently are conservative in their estimates. The new report is no exception.

7. Weather extremes are expected to change from human influence.

Scientists are virtually certain that there will be more hot and fewer cold days and seasons over most land areas, and it is very likely that heat waves will be more frequent and last longer. Extreme rainfall events over many mid-latitude countries and wet tropical regions are very likely to become more intense and more frequent by 2100. 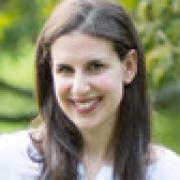 See all by Ilissa Ocko