8 cool developments on the road to smarter energy

Editor's Note: To learn more about smart energy be sure to check out [email protected], November 12-13, in San Francisco.

They're working on a spray-on battery at a university in Texas that could forever change the way we think of energy storage. In Menlo Park, Calif. a startup has just unveiled a robot that adjusts the angle of PV panels down on the solar farm. And did you hear about the company that's recycling rare earth metals from old car batteries? Just a few of the new developments in the SGN Discovery Showcase.

Expanding energy storage options with a paint-on battery - A team of materials scientists and chemists from Rice University and the Catholic University of Louvain in Belgium have come up with a lithium ion battery they can spray on to a variety of surfaces. Scientific American reports that to test their battery design, "they applied the battery paints onto ceramic bathroom tiles, glass, a flexible transparency film, stainless steel and the side of a beer stein. In each case, the battery worked. In one experiment, they hooked a solar cell to one of the batteries and powered an LED display."

Solar cells make efficiency inroads -- IBM scientists report they're making progress on a solar technology that shows "the highest efficiency to date for solar cells made from a combination of copper, zinc, tin, and selenium (CZTS)," according to an article in the MIT Technology Review. A paper by IBM photovoltaic scientists Teodor Todorov and David Mitzi detailing the work suggests the CZTS solar cells could reach high enough efficiencies to make them commercially viable.

Recycling rare earth metals -- We recently told you about how China's rare earth supply will get even rarer (and why that should worry you) and about the DOE's strategy to head off a materials shortage of the metals that are needed for electric vehicles and high-efficiency wind turbines. So when we ran across a story about Honda reusing rare earth metals from old car batteries, it caught our attention. According to a story in the Energy Collective, Honda intends to use the extracted metals in new batteries and to make other car parts.

Harvesting solar power from space -- Pulling sunlight from the atmosphere down to earth has occupied bright minds for some time now. And according to a Fast Company article, it may be a few more decades before someone aces the technology for a space solar power array. However, the magazine reports some progress earlier this year when aerospace engineers at Strathclyde University, working with colleagues in Europe, Japan and the U.S. ejected spinning devices from a rocket -- a precursor to stabilizing massive satellites in the micro-gravity of the earth's orbit.

Going for the gold to expand EV battery range -- Scottish chemists are working on a lithium-air battery that could store up to 10 times the energy of a conventional lithium-ion battery, according to a Scientific American report. The researchers at the University of Saint Andrews are searching for the right combination of materials to make that happen and have determined that gold does the job. And while that's not viewed as a practical solution, "by using gold in an experimental battery, they have taken a crucial step on the way to a viable mass-market lithium battery that can power an electric car for hundreds of kilometers between charges," SA suggests.

A robot lends a hand at the solar farm -- A new company out of Menlo Park, Calif. has unveiled a dual-axis tracking system that employs rugged, intelligent and mobile robots to dynamically operate solar power plants and maximize energy output. Robot arms actually reach out and adjust the angle of the PV panels to track the sun during the day.

Keeping storage cool with compressed air -– Earlier this year we wrote about a Toronto startup doing some interesting things with underwater compressed air energy storage. Now the MIT Technology Review has a piece on a Berkeley, Calif. startup that's created a process that separates heated water from compressed air to reduce energy loss. LightSail Energy founder Danielle Fong says the system will cost less to purchase than batteries and will last a decade or longer.

Call it a passion for renewable power -- There's a group on Maui that calls themselves Maui Makers and they gather regularly to share knowledge about making things, according to Core77 magazine. One member, after cleaning up a bunch of passion fruit that grows wild all over Maui, wondered if he could make a power source from the acidic fruit. Long story short, he did. 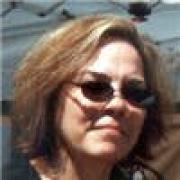 See all by Liz Enbysk