What happens when you combine Big Data and the push for more sustainable food systems?

People have always sought information about the food they eat. Just look at long-raging battles over genetically-modified ingredient labels or the trend toward providing more sourcing information about where crops are grown.

Now, combine that innate curiosity with the rise of Big Data and the ensuing pandemonium about how related technologies will impact industries across the board. Welcome to the world of food data.

Corporations such as computing giant IBM are seizing on the novelty of the field, dabbling in consumer-friendly pursuits like programming recipes. A range of providers, including the Monsanto-owned Climate Corporation and Silicon Valley-based Farmer's Business Network, are selling the idea of more intelligent farming informed by better data about what works best in the field.

Data also isn't the only fertile ground for ag tech, throwing the future of the farming business into question. Also at issue: How will evolving labor supply and demand be impacted by robotic harvesting technologies and drone crop monitoring? Are we about to see a resurgence of GMOs to contend with a surging global population?

When it does come to data, the possible applications are wide ranging: curbing waste by better monitoring inventory or slashing farming costs and chemical inputs with in-field monitoring tools, for example. The business models vary dramatically, but companies wading into the space stand to make a big imprint on the $835 billion agriculture industry.

Here, in alphabetical order, are eight examples of how data stands to affect the future of food:

In the broad field of agronomics, Minnesota-bred Aglytix is focused on recognizing potential production issues in the making, alerting subscribers to budding threat to their yield.

With a recent foray into partnering with drone mapping provider DroneDeploy, the company is looking to up the ante from in-field samples to the monitoring of entire fields.

Next up in the category of software-as-a-service agriculture analytics providers is Agrilyst, a Brooklyn startup focused on tailoring insights gleaned from data for greenhouse or indoor agriculture operations.

With $1 million in the bank after year one, the company is at the vanguard of the boom in urban agriculture as cities contend with questions about how to grow more food using less land.

A forerunner in the field of "precision agriculture," the upstart Climate Corporation was acquired for $1 billion by seed and fertilizer giant Monsanto back in 2013. The 10-year-old company offers a range of mapping and sensor-based information related to weather, soil nutrients and other field data.

In a prime example of how major food incumbents are approaching the ag tech wave, maximizing yield is at the core of the company's pitch. How that focus evolves, especially with the acquisition of related companies like 640 Labs, will be key to the future of the field.

In the category of nascent technology with intriguing potential for the food industry are the "molecular sensors" made by Israeli upstart Consumer Physics. Unlike the software-centric models of other food data purveyors, the company makes hardware to identify the chemicals that make up various materials.

While applications for the sensors could encompass many fields beyond agriculture, similar types of smartphone-connected scanners would also be an ultra-futuristic tool to identify and display the nutrient or chemical content of food.

A self-described "agronomic information network" that this month announced a new $20 million funding round — bringing the San Carlos, California company's total fundraising hall to $43.9 million — Farmer's Business Network was founded in 2014 and sells subscriptions to enterprises of varying sizes for $500 a year.

While the economic appeal of analytics tools that tell farmers how much their competitors are paying for supplies is pretty clear cut, one area to watch will be how straightforward cost cutting does or doesn't dovetail with measurable sustainability improvements. 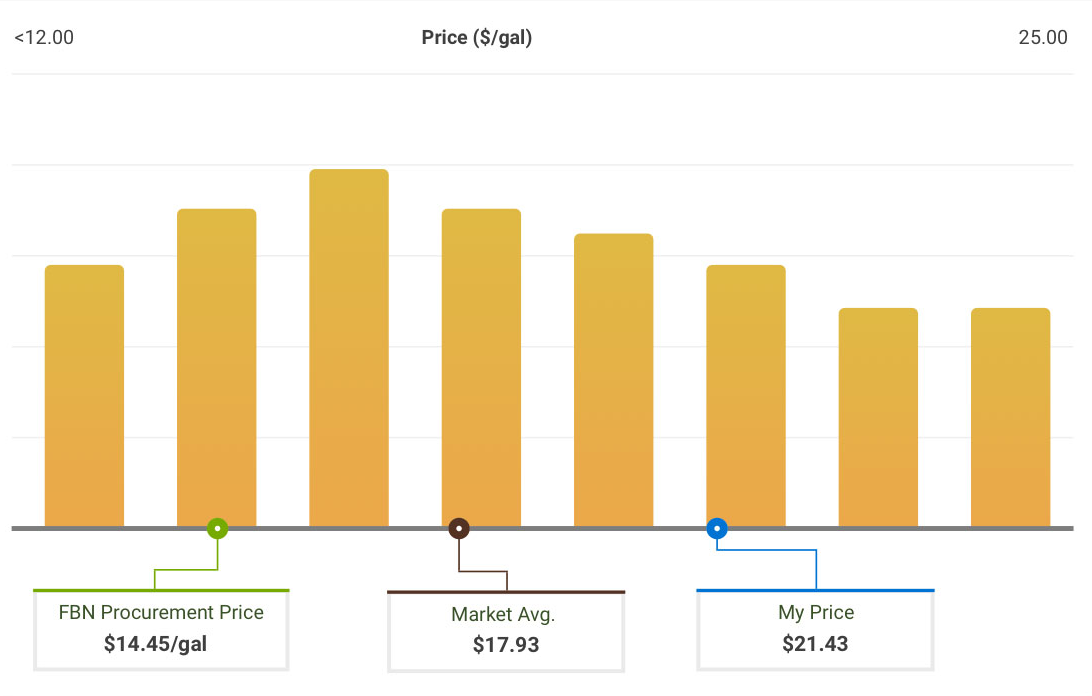 While many food data providers are focused on the growing process, sending crop data directly to farmers, Food Genius comes in later in the supply chain.

For companies in food service, manufacturing, distribution and other segments of the market, including Coca-Cola and restaurants like fast food chain Arby's, Food Genius collects and analyzes a range of data on food flowing through their systems.

At the tail end of the food cycle, LeanPath is working to pair data analytics with the increasingly visible cause of curbing food waste.

As a provider of "automated food waste monitoring" services, the company uses a gamified interface to encourage staff at food businesses to record items being thrown out, feeding into a monitoring system that identifies most wasted items through email or text alerts.

Diets are no longer just about slimming down. As environmental groups and others increasingly argue, what we eat also has a major impact on the climate.

Yummly, a mobile app and website that generates recipe recommendations based on a range of criteria — vegan, fat content, prep time, source of ingredients — has raised $22.8 million since being founded in 2009. The open-ended question is how much of an impact recipe selection might ultimately have in environmentally-friendly behavior change.