When most people think of electric vehicles, we think of cars, such as Teslas, Chevy Bolts and Nissan Leafs. But trucks and buses are going electric, too, and the impact on both our air and our economy could be huge.

In 2016, we at The Greenlining Institute joined forces with The Union of Concerned Scientists to analyze the growing electric truck and bus industry, producing the report "Delivering Opportunity: How Electric Buses and Trucks Can Create Jobs and Improve Public Health in California." While we focused on California, where electric buses and trucks are taking off rapidly, what we found has major implications for the whole country.

Especially at a time when many transit agencies across the country are committing to 100 percent electric, many states are increasing their efforts to get more electric cars, trucks and buses on the road and The Green New Deal is generating buzz and conversation on climate change.

Here are nine things we found.

1. Transportation is the largest contributor to global warming in California and nationwide

Including carbon pollution from refining petroleum products, transportation accounts for more than 50 percent of global warming emissions in California, and the transportation sector recently overtook power plants as the largest contributor to climate change nationwide.

2. Trucks and buses form a major part of our air pollution problem

Heavy-duty vehicles are the single largest source of smog-forming pollution in California. They also emit more particulate matter than all of the state’s power plants. And they make up 7 percent of the state’s global warming emissions — an amount projected to increase as freight shipments grow.

Poor communities suffer disproportionately from exposure to traffic-related pollution because they are more likely than wealthier neighborhoods to be near busy roads and highways. Breathing lung-damaging exhaust from vehicles on a daily basis leads to higher rates of pollution-related diseases such as cancer and heart attacks. Race matters, too: even for people in the same socioeconomic class, people of color are more likely than whites to be exposed to pollution from cars, trucks and buses.

In fact, a recent Union of Concerned Scientists analysis that quantified pollution from on-road sources reinforces this finding.

4. Electric trucks and buses are cleaner than diesel and natural gas vehicles

Electric vehicles have zero tailpipe emissions, meaning you won’t have to gulp pollution while waiting for the bus or walking down the street. In terms of global warming emissions, smog-forming emissions and particulate matter; electric vehicles powered by clean electricity have the lowest emissions compared to any other vehicle technology, including natural gas. The clean air benefit continues even when you look at "life cycle" emissions from electricity generation and hydrogen production.

And these clean vehicles will only get cleaner: California will get at least half of its electricity from renewable resources by 2030, has virtually no coal power and will end contracts for coal power imported from other states by 2025. California also requires that at least 33 percent of hydrogen must be produced using renewable energy, a standard the state already exceeds. Bottom line: We’re blazing a path toward clean power that other states can follow.

Depending on the type of vehicle, electric trucks and buses are up to four times more efficient than diesel and natural gas vehicles. This means that for the same amount of energy used to power a vehicle, the electric vehicle will travel up to four times as far. This can lead to significant savings in fuel costs.

6. Electric truck and bus technology is here and ready to clean the air today

Some leading electric bus and truck manufacturers in California pay assemblers $13-$20 per hour for entry-level jobs, which is considerably above typical pay for assembly jobs in California. These jobs also can lead workers into higher-skilled, well-paid occupations. When we asked representatives of heavy-duty EV companies what jobs were likely to grow the most if demand for heavy-duty EVs increases, they unanimously identified assembler positions. Increased investment in this technology should spur growth of good, well-paying jobs — especially if unions and community benefits agreements such as the one BYD struck are in the mix.

8. This industry can be a great source of jobs for underserved communities — if workers get the training and skills they need 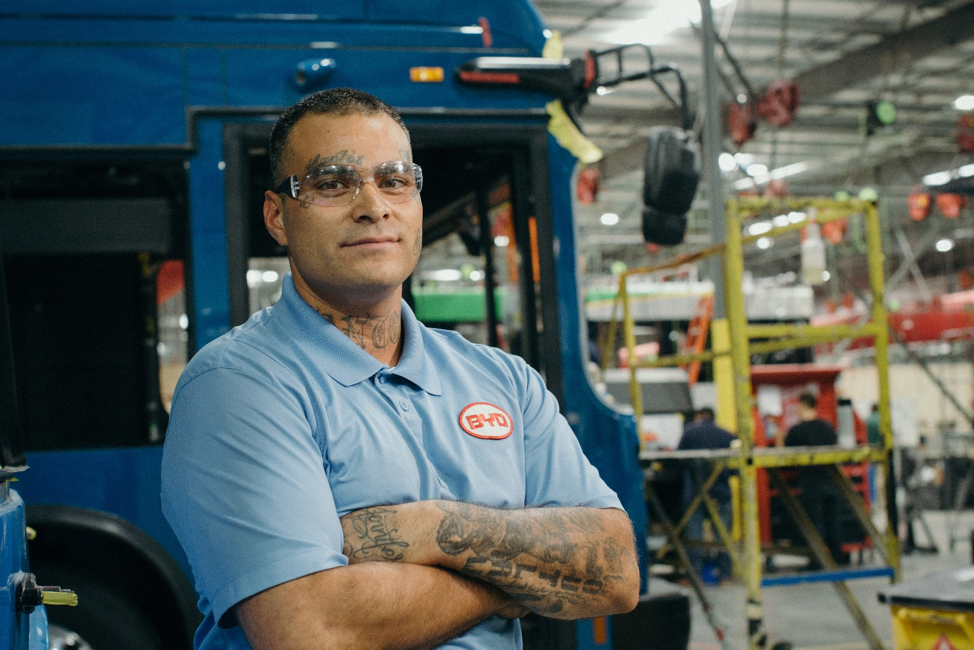 Leading electric bus and truck companies in California typically require one to three years of related experience for assemblers, a higher standard than assembly jobs in general manufacturing. Jobs in EV manufacturing, charging and maintenance require significant electrical skills. These requirements can be barriers to employment for people from low-income communities. But good, readily accessible training programs can overcome this barrier and make sure those most in need of good jobs will get a fair shot.

9. It will take conscious effort to bring workers from marginalized communities into the electric truck and bus workforce

We don’t currently have enough training programs accessible to those who need them. Manufacturers can help fix this by partnering with workforce training organizations and community colleges to establish pathways for training and certifying workers from these communities and placing them in quality jobs. This emerging industry needs effective, equitable workplace policies, programs and practices to ensure opportunity for all.

You may not hear much about electric trucks and buses, but they’re here and growing. We have to put the policies and actions in place now so that we can leverage the clean air and economic benefits of this technology to fight environmental injustice and give an economic boost to people most in need.

The proposed Green New Deal already has begun to stimulate new discussions of the role of transportation in fighting climate change and strengthening communities. Electrification of trucks and buses should be part of plans going forward to fight climate change, clean our air and — with help from the right policies — bring new opportunities to underserved communities. 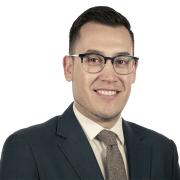 See all by Joel Espino