The Intergovernmental Panel on Climate Change (IPCC) will release its landmark synthesis report (PDF) this weekend. The report — which summarizes findings released in Assessment Reports over the past year — underscores three major facts about climate change: It’s happening now, it’s already affecting communities and ecosystems around the world, and the most dangerous impacts still can be avoided if we act now. 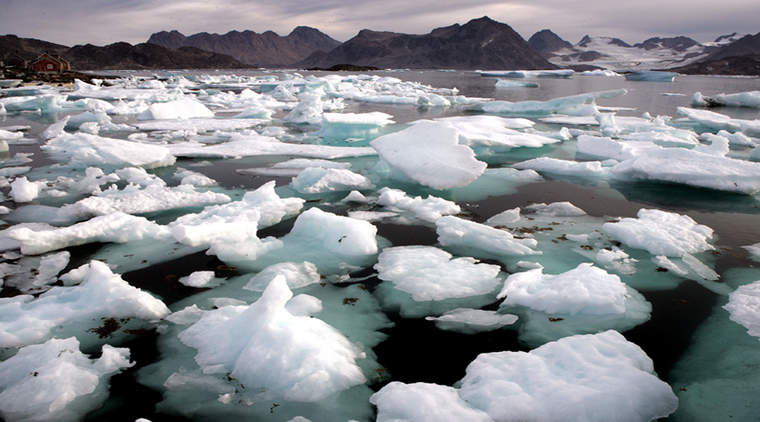 Flickr Nick Russill
Average annual ice loss in the northeast portion of the Greenland Ice Sheet between 2006 and 2012 was more than 10 gigatons.
The IPCC reports, released roughly every six years, are the most comprehensive, authoritative consensus on climate change among scientific experts. However, the cut-off date for literature for each Assessment Report was in 2013, so it’s worth taking stock of recent scientific advancements and climate-related events that have occurred since then.

We discuss research highlights around four areas: sea level rise; extreme weather and climate events; ecosystems; and greenhouse gas emissions and temperature. While by no means comprehensive, these findings illustrate how the trends documented in the IPCC continue to take a toll and in some cases, may be underestimated.

A time for action

The global scientific consensus represented by the latest IPCC report and recent scientific developments such as those discussed above should sound an alarm bell. The impacts of climate change have transitioned from a theoretical and distant threat to a problem already affecting communities around the world today.

National leaders will gather in Lima, Peru in a few weeks to further negotiations towards a 2015 Agreement under the U.N. Framework Convention on Climate Change. The recent science underscores the need for this agreement to be a far-reaching success, as today’s actions will dictate the risks that we are forced to accept.