Ag carbon credits go to market, just as cap and trade is questioned

Rice farmer Mark Isbell changed how he nurtures rice plants on 70 acres of his Arkansas farm.

Instead of flooding the rice fields for the entire growing season, he now practices what is called alternate wetting and drying in cultivating his fields, which means he allows the water to drain from the rice field for about a week mid-season.

"What that impacts is the cell bacteria that typically in a flooded environment creates methane," Isbell told GreenBiz in an interview over the phone, the sound of his truck rumbling in the background. "It stops producing methane in dry periods, and when the fields are wet again it takes a while for the bacteria to produce methane."

Letting the fields temporarily dry has reduced the methane released from that rice field by 50 percent, compared to an adjacent field that was flooded all through the growing season, according to measurements taken by the University of Arkansas.

More than 1,700 miles away in California, that methane reduction project on Isbell's farm has been packaged into an agricultural carbon credit or offset available to big companies, refineries and power plants regulated by California’s cap and trade program.

Under cap and trade, if a regulated company can’t meet the state's emissions cap (reduced each year by 2 percent), it can buy credits and offsets in the cap and trade auction. Companies who deem it too difficult or costly operationally to reduce greenhouse gas (GHG) emissions can resort to the carbon market to buy credits to emit above the cap.

Credits are sold by all sorts of entities that are reducing emissions more than required and even out of state entities, such as the Arkansas farmers, whose carbon reduction projects have been packaged into so-called offsets that are also sold as credits on that market.

Farmers get some revenue — albeit only $6 or $7 an acre at this point — for the offsets that represent their GHG emissions reduction practices. Companies buying them get to meet the California requirements. And GHG emissions from the U.S. as a whole are slightly reduced.

This summer, for the first time, cropland agricultural carbon credits are available to buyers in California’s cap and trade program.

This summer, for the first time, cropland agricultural carbon credits in the form of offsets are available to buyers in California’s cap and trade program: the Compliance offset Protocol for Rice Cultivation.

Isbell is one of about 20 farmers in Arkansas and California who are participating in the rice protocol. That means they are practicing one of three approved methods to reduce methane emissions in rice cultivation and measuring and reporting those reductions to package the greenhouse gas savings into an offset for the carbon market.

It is hard to know if and how many rice protocol offset credits might have been sold or used. That won't be known until December when regulated companies report on how they met their emissions reductions cap and will state if they used any offsets.

But the credits — years in the making — conceivably could boost sustainable agriculture because as the market grows and their value increases, they'll provide farmers with a financial incentive to transition to sustainable practices.

"We have come a long way in understanding the complex interactions between soil, water, nutrients and plants and that has allowed us to go forward, for agriculture to become part of the solution to climate change," said Robert Parkhurst, agriculture greenhouse gas markets director for the Environmental Defense Fund.

Parkhurst has been working with farmers, scientists, California regulators and economists for years to create these ag credits.

"We got the first protocol approved, the rice protocol. We have 20 farmers on 21,000 acres that have listed projects," Parkhurst said. Those farmers are in California and in the mid-south states such as Arkansas.

Two more types of sustainable agriculture protocols or credits are in the making: one for farming with reduced amounts of fertilizer and one for raising cattle on natural grasslands. "So it’s a great start," he said.

"But it’s still tough. There’s a lot of hard work going on with it. We’ve got to show how it works and take those learnings and continue on with a reduced fertilizer protocol and a grasslands protocol."

Isbell, Parkhurst, dozens of other farmers, some environmentalists and certainly regulators at the California Air Resources Board are hoping to see a growing market evolve for the ag carbon credits, a market that would encourage more farmers to take up sustainable agriculture practices.

(Hear more about carbon sequestration through agriculture at VERGE 16 on Sept. 19 to 22 in Santa Clara, California) 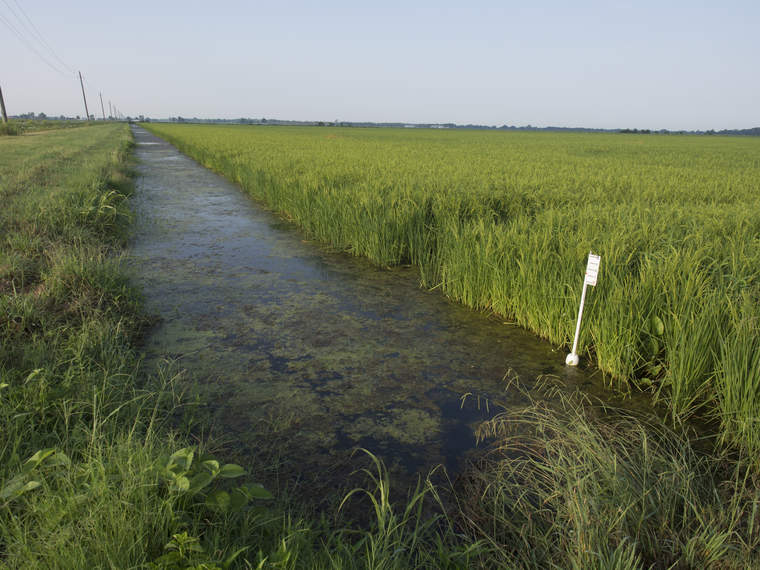 But right now, it's not even clear that California's cap-and-trade system even will continue.

After four years as a functioning carbon credit auction market, California's cap and trade system is up for renewal or it might expire in 2020. Lawmakers in Sacramento have differing interpretations as to whether actual legislative action is needed to renew authorization for cap and trade, with the governor and the Air Resources Board arguing that renewal is automatic and some legislators saying a new law must be passed.

According to some legislators and a lawsuit filed years ago challenging the cap and trade system, the cap and auctions represent a tax and any tax in California must be approved by a two-thirds vote of the legislature. That ratio is generally a hurdle.

This threat looms over the system even as the cap and trade system has worked to get big emitters to reduce emissions and the state’s economy has grown.

Proponents of cap and trade argue that the system does not appear to have hurt the state's economy.

Since early 2013, when California’s cap and trade system began holding auctions, it has sold enough allowance credits — those sold at auction — to keep the price of carbon buoyed above a floor price of $10 for each allowance or ton of carbon or GHGs emitted. For most of this year and last, credits hovered around $12 to $$12.72 each.

Offsets, sold outside of the auctions, have varied. But Isbell said roughly $6 to $7 a ton seems to be the going price for rice protocol offsets.

The cap and trade system raised at least $4 billion for greenhouse gas reduction projects in the state including bolstering public transit, building housing near transit centers, installing solar on low income homes and funding the beginning phases of a high speed rail system.

To be clear, that growth is a result of a booming tech industry, not cap and trade. But proponents of cap and trade argue that the system does not appear to have hurt the state's economy. Some of the tech innovation underway in California is for low-carbon technologies. In addition, Quebec and Montreal have asked to join California's market and the Chinese government has stated it wants to emulate the cap and trade system in China.

None of that is here nor there for Arkansas farmers. Farmers in that hot, swampy state grow about half of the U.S. rice crop, and Isbell said the idea of adjusting irrigation methods to be more sustainable is catching on — although very slowly — among the state's rice farmers.

"We're early adopters right now" who are the farmers interested in pursuing carbon credit projects, Isbell said. He personally is drawn by the idea of sustainable farming rather than the negligible payment from the credits. But he also foresees a day when a strong ag carbon credit market will evolve.

"At the moment I’m not counting on any kind of a big check from that (alternate wet and dry fields project) but I do know that it has allowed us to engage in a lot of opportunities we wouldn’t have been aware of," Isbell said. "There might be more carbon offset programs down the road."

Agriculture as it is practiced in most of the U.S. is a major emitter of greenhouse gases and efforts are underway by many government agencies and non-profits to steer the direction of farming to practices that are less carbon emitting intensive. Using less fertilizer, allowing soils to regenerate and hold on to carbon through crop rotations and reduced tillage are some methods. Encouraging growth of more than one type of crop is another. With rice, a lot of the effort is about reducing flooding to reduce the emission of methane from rotting plants.

It could be that corporate buyers of rice someday will pay farmers for the efforts they put into sustainability, Isbell said. At the moment, mills and their corporate buyers ask if grains and rice are sustainably farmed but they are not willing to pay more for it.

"We do actually hear mills say that we have a lot more interest from major corporations in sustainable products," he said, "but I have not yet heard that coupled with we are willing to pay you a little bit more for it."

"It's up to consumers" to be willing to pay for it, he concluded.

Fraud-free cap and trade: What California learned from Europe