Green energy isn’t only about saving the Earth. For Marines fighting in Afghanistan, it also has saved lives.

That was one of the stories from Dennis McGinn, president of renewable-energy advocacy group American Council on Renewable Energy, during a short talk with GreenBiz senior writer Marc Gunther as GreenBiz’s three-day VERGE DC conference kicked off Wednesday.

Aside from his position at ACORE, McGinn is the chairman and CEO of RemoteReality, an optical and software research firm, and a retired Navy vice admiral. At Verge, he touched on the political climate in the United States and argued in favor of partnerships in China.

But first, the story about Afghanistan. Conventional batteries -- which weigh as much as 25 pounds, McGinn said -- can slow down the soldiers who are carrying them and get them killed. In the Helmand Province, which has seen heavy fighting as part of the war, the miltary has been opting for rechargeable batteries and solar panels.

Aside from being lighter and easier to carry at 5 pounds, rechargeable batteries eliminate the need to dispose of batteries along the way. That's important because the dead batteries can leave a trail that enemies can track. Soldiers also can carry fewer of them, and make fewer supply runs to get more batteries. Fewer supply runs mean less vulnerability to roadside bombs or other attacks.

Solar panels yield another safety advantage, which McGinn noticed when he some panels that had been damaged from the fighting. "I thought, 'What if that had been a diesel generator set," he said. "It would have exploded."

As fighting continues in Afghanistan, a different type of fight is happening at home. The elections, with the related political battles, mean that not much will happen with federal renewable-energy policies in the near future, McGinn said, calling it unfortunate that energy has become politicized. However, states are developing supportive laws and policies, he added.

He also slipped in some support for President Obama. He expects to see more support for renewables after the elections in November, he said, the “second inauguration” and the swearing in of new Congress members.

In response to a question from the audience, McGinn talked about partnering with China instead of viewing its companies only as competition. “There are no winners in that type of fight,” McGinn said. Good technologies are coming out of China, which -- because of its rapid development -- faces its own issues with energy and pollution.

Earlier this year, ACORE and the Advanced Energy Economy also announced a yearlong partnership to explore how renewable energy can help the U.S. Department of Defense, the largest industrial consumer of oil in the world. 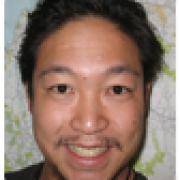