Across Appalachia, historic coal towns are looking to the outdoor economy for their next act

On a snowy weekday morning in January, the outdoor economy in the historic coal town of St. Paul, Virginia, begins another business day.

Fly fishing guide Daniel Williams stands behind the counter of Clinch Life Outfitters, talking about how community leaders have rallied around outdoor recreation as a path forward from a long-dominant, but declining coal industry.

"St. Paul has really gotten behind it, changing the laws to let ATVs [all-terrain vehicles] run on the roads, letting a brewery come in — things that 10 or 15 years ago would have been unthinkable," Williams says. "They’ve realized we’ve got to do something."

A block away, Catrina Mullins, a native of nearby Castlewood and manager of Western Front, a boutique hotel, says she moved back to the region after spending more than 15 years working in Colorado. She returned for her family, but she also found that her hometown had a lot of the same things she loved about living out west.

"Coming back from Colorado, I realized we have a lot of those same great aspects that draw people to the mountains [out west]: the river; the kayaking; the fishing; the hiking; the biking; the ATV trails," Mullins says.

The Western Front, Clinch Life Outfitters and other businesses in St. Paul cater in part to visitors looking for outdoor adventure in the Appalachian mountains of Southwest Virginia. The Clinch River flows right by St. Paul, which straddles the border of Wise and Russell counties with a population of about 1,000. The town is next to a gateway to the Spearhead Trails, a network of 440 miles of trails that attracts ATV, dirt bike and mountain bike enthusiasts, and it seems as if about half of downtown businesses offer ATV rentals. St. Paul is among the many Central Appalachian coalfield communities building outdoor recreation opportunities to benefit the regional economy and fill a gap left by the dwindling coal industry. Change happens slowly, however, and the growing outdoor industry faces challenges from the effects of coal’s remnants on the environment, economy and culture.

Despite its reduced size and role in the region, the coal industry still looms large — a testament to just how dominant it was at one point. Virginia City Hybrid Energy Center, a predominantly coal burning plant (although it also uses biomass), opened in St. Paul in 2012, but with utilities closing older coal-fired powers or converting them to natural gas, the Virginia City plant could be the final coal plant built in Virginia, and one of the last in Central Appalachia. Another power plant on the Clinch River that was built in the 1950s converted from coal to natural gas in 2016.

More than 7 percent of the land in Central Appalachia has been subject to mountaintop removal mining, in which explosives are used to remove bedrock, with debris dumped in adjoining valleys.

The coal industry has declined as a driving employer in Central Appalachia since the 1950s, with mechanization and the development of richer coal seams elsewhere sending job numbers downward. Coal’s decline accelerated after 2012, with a string of bankruptcies resulting in idle mines and layoffs. Although Central Appalachia’s high-quality metallurgical coal, used in making steel, has seen a bump in demand the last two years, a growing number of residents have accepted that coal never again will be the mass employer it once was.

As community leaders look for an economic path forward, they’re also struggling to deal with coal’s legacy in the form of hundreds of thousands of acres of former surface mines where giant machines stripped away trees, topsoil and often the ridges themselves to get at the coal within the mountains.

More than 7 percent of the land in Central Appalachia has been subject to mountaintop removal mining, in which explosives are used to remove bedrock to get to coal seams, with debris dumped in adjoining valleys. A 2016 study by Duke University researchers found the average slope at these sites dropped by more than 10 degrees after mining — a literal flattening of the landscape. Even restoration that’s done with attention to detail and native vegetation can be an ecological challenge, with compacted soils making it difficult for native plants to take root.

Coalfield communities have tried a variety of approaches to turn these former mines into economic assets. With flat land at a premium amid the Appalachian mountains, many places have developed industrial parks on former surface mines. Some have turned them into farms growing crops that do well on mineland, such as lavender or hemp. Others are developing renewable energy. Some have reintroduced elk with the goal of eventually opening them to hunting.

Many places, such as St. Paul, have turned to outdoor recreation, including paddling, biking, hiking, hunting, fishing and driving off-road vehicles. Outdoor activities appeal partly because of the region’s natural beauty and access to national forests, but also because they complement other economic development efforts.

The underlying theory proponents put forward suggests people come first to visit and then start to move to these places. Broadband internet has created more opportunities for people to live wherever they like, and many choose to live in places with close access to recreation. As more people are attracted to the area, economic development follows as employers chase talent. Some Appalachian cities such as Asheville, North Carolina, and Chattanooga, Tennessee, have done so well building outdoor economies that they’re now struggling with gentrification and other consequences of rapid growth.

West Virginia’s Hatfield-McCoy Trails consist of about 600 miles of off-roading trails weaving around and through former mining sites in multiple counties, with plans to more than double that.

Rural coalfield communities mostly haven’t yet transformed themselves to the point where they have those concerns, but they’re seeing success building recreational opportunities on old mineland. For example, West Virginia’s Hatfield-McCoy Trails consist of about 600 miles of off-roading trails weaving around and through former mining sites in multiple counties, with plans to more than double that. A 2014 report calculated Hatfield-McCoy Trails’ economic impact at $22 million annually.

Southwest Virginia’s Spearhead Trails emulate the Hatfield-McCoy model in their location on and around former surface mines, and advocates hope to one day link the two systems. Shawn Lindsey, executive director of Spearhead Trails, says they produce an economic impact of about $20 million, and support a growing outdoor recreation industry, including through the traditional off-season.

"The ATV economy has its ups and downs through the seasons, but it never goes away," Lindsey says. "People ride ATVs when there’s snow on the ground, and they ride in the heat of summer."

To his point, at Southern Gap Outdoor Adventures, a resort on one of the Spearhead Trails’ most popular routes, I see ATV riders cruising along even through a midday snowstorm. Southern Gap — which also offers access to mountain biking, elk viewing and snow tubing — and access to the surrounding trails sit on a 3,000-acrebusiness park once home to strip mines operated by Alpha Natural Resources.

St. Paul still struggles with many of the same problems faced by rural communities around the world: an aging population; out-migration by talented young people; opioid and drug addiction; blighted buildings; and poor health, amplified here by coalfield-specific ailments such as black lung.

Coal’s lingering legacy can make it difficult for other industries to grow. The industry still generates jobs and revenue. Some mines continue to operate, and the coal-powered Virginia City plant employs 157 workers, in addition to supporting 350 truck drivers and miners, according to David Botkins, a spokesperson for Dominion Energy, which owns and operates the Virginia City plant. Many residents feel defensive about the industry and see economic "transition" and even "diversification" as dirty words. That can make it tricky to build local support for non-extractive industries such as outdoor recreation.

Outdoor businesses must walk another fine line, too: balancing their appeal to visitors with prices that locals can afford.

"The biggest issue, not just with us but with other small rural Appalachian places trying to move to an outdoor economy is, how do you offer something that’s a draw for people from D.C., Knoxville, Asheville, wherever, but also not a slap in the face of locals in a county where the average income is $36,000?" says Williams, the fly-fishing guide.

How do you offer something that’s a draw for people from ... wherever, but also not a slap in the face of locals in a country where the average income is $36,000?

Community leaders hope to develop more recreational opportunities to attract more visitors who come for longer stays, while potentially reaching younger community members and giving them reasons to stick around.

"It’s up to all of us in rural communities to create a synergy and energy that’s going to entice millennials to be able to stay in these rural areas," says Lou Wallace, a Castlewood native, 47-year resident of St. Paul, and member of the Russell County Board of Supervisors. "There’s a demographic of people who are not necessarily in tune with the concrete world, and they need to be given the opportunity to live, work and play where they love."

About eight miles north of St. Paul in the small town of Dante, population of about 700, a local community association is seeking federal funding for a project to revitalize the town once home to the Clinchfield Coal Company. The plan includes the construction of eight miles of mountain-bike trails and 30 miles of multi-use trail connected to the Spearhead Trails system. The project was included in 2016 and 2018 reports by a coalition of Appalachian groups on innovative mine reclamation, but so far has failed to win funding.

Carla Glass, who chairs the community organization, didn’t grow up in Dante, but her husband’s family has deep roots and in 1968 played an important role in forming the Dante Rescue Squad, a volunteer agency that provides emergency response services to the community.

Like Wallace, Glass thinks of a younger generation living in these towns. "I wanted to see that [community involvement] continue for my son," Glass says. "We want the history and the story to continue."

Dante native Mark Smith owns a food truck, Shug’s Food-a-palooza, whose specialty is a bacon cheeseburger on a grilled glazed donut. He lives in Dante but usually travels an hour east to set up at Southwest Virginia Community College. On weekends he often serves a number of customers from the ATV trails and rivers, but he’d love to operate closer to home if Dante can find a way to attract more people.

"Without people coming into the area, you don’t have much of a demand for food service," Smith says. "Most of the locals in Dante, if there’s not any kind of special event, they’re not going to come out to eat. Having more things to do would help greatly."

Building new on top of the old

The slow process of community regeneration across Central Appalachia is playing out with outdoor recreation as a key piece of the puzzle. But regeneration requires other elements, too, especially a strong sense of community identity. Local economies rise or fall on far more than just a community’s sense of itself, but it’s an essential ingredient that drives other, more tangible elements.

Historically, Central Appalachian towns have had a strong sense of community that stemmed largely from coal. Today, coal has stumbled, resulting in idle mines and an exodus of young talent. The results can be seen in collapsing row houses visible in hollows throughout Southwest Virginia coal country.

Yet communities still remain, and a growing number of their residents are choosing to make a stand rather than move away. Among the burgeoning hotels, outfitters, breweries and restaurants of St. Paul, one can see a glimpse of a possible future as local residents build a new economy upon the remains of the old. 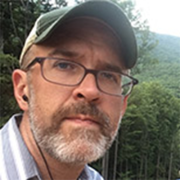 See all by Mason Adams