I recently attended the South Asia Region Fulbright conference in Chennai, India, and spoke with Ulyana Horodyskyj, who is studying glaciers in Nepal. She is documenting changes in the lakes that sit atop one of Nepal's biggest glaciers, the Ngozumpa. At the front of this glacier sits a large lake — growing for decades — perched ominously above several Sherpa villages.

A University of Colorado PhD student and mountaineer, Horodyskyj is measuring the changes in this supraglacial lake and others because of the possibility of catastrophic down-glacier flooding. She is seeing first-hand the effects of higher temperatures and a very real local example of the threat it poses to people.

Keeping the public abreast of what we now know

The wider threat of climate change has been highlighted by several science groups in the past few weeks, and the U.S. White House has unveiled its new citizen information website.

The American Association for the Advancement of Science, the world's largest scientific organization, has come forth with a summary of current scientific data on the changing climate aptly called "What We Know."

The Royal Society and the U.S. National Academy of Sciences have produced a list of questions and answers that also summarize current findings, "Climate Change: Evidence and Causes." 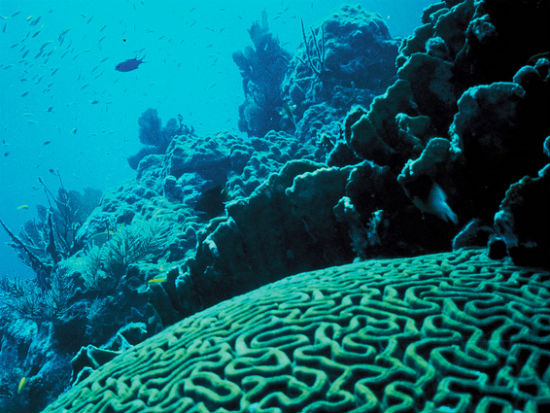 The United Nations Intergovernmental Panel on Climate Change (IPCC) has just met in Yokohama, Japan to issue their latest summary of the effects of climate change. Their 29-page installment of the Fifth Assessment report of the current state of the impact of climate change will serve as a basis for UN policy actions, particularly as formed at the Paris Summit in 2015.

Along with warming and acidifying oceans, crop loss, and food and water shortage possibilities, the authors note "irreversible regime shifts" in the arctic and in coral reefs, and (worst case scenario) as much as a 29% reduction in the Himalayan glaciers that Horodyskyj and her colleagues are studying. The waters from these glaciers supply millions of people in China and India, and melting ice is the main cause of coastal flooding (projected at as much as 3 feet by 2100). These prospects impact a world well beyond the Sherpa villages.

Categories of action within the bigger picture

Mother Nature has some answers for the species that didn't follow her rules in the first place, but let's not lose sight of the bigger picture: a spiral of ever-increasing consumption of finite resources and production of toxic waste by a geometrically increasing population. Clever technical solutions, whether bio-inspired or not, will be meaningless without the political will to curb overconsumption, pollution and population growth.

With the relevance of the word "prevention" long ago lost, the two salient words in climate change action are now "mitigation" and "adaptation."  The ideal, of course, is to design adaptations to the changing atmosphere that also mitigate the effects or lessen the causes.  It does not make sense, after all, to cool your building while warming the planet. This is where nature might have some suggestions.

Learning from animals and plants, the masters of adaptation

When ecologist Robert H. Whittaker (PDF) set about to categorize the planet's ecosystems in the 1960s, he used two abiotic factors to define his biomes: temperature and moisture. Whether it is the taiga or the tundra, the desert or the dry tropical forest, this pair of factors will ultimately determine the living sphere. The design of adaptive living spaces must control these two elements without the excessive use of energy and resources; the alternative means scarcity and pollution. 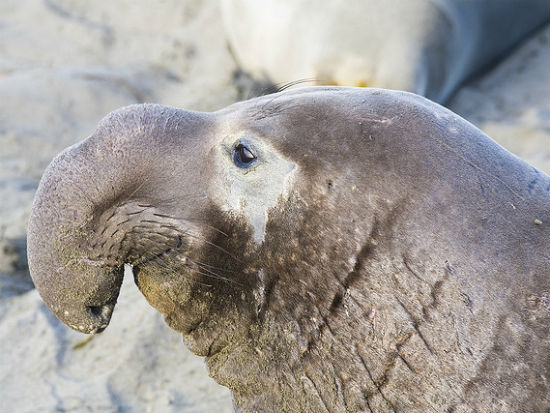 Temperature and moisture regulation are pressing concerns in the animal and plant world, where maintaining optimum internal conditions despite wide fluctuations outside is de rigueur. The range of strategies to respond to immoderate temperatures is wide. Take the cold, for instance; from flying south in the winter such as the snow goose, to having anti-freeze in your blood like the Antarctic fish called Notothenioids, to drying up and temporarily "dying" as does the tardigrade, animals have a stunning array of strategies to kill the chill.

One such strategy for conserving heat energy is called countercurrent heat exchange. You can see it in the blood vessels of wading sea birds like the gull. Arterial blood from the heart is pumped to the extremities and pre-warms cold, venous blood coming back to the heart. The warming is due to the close contact of the walls of the two vessels.

Another strategy captures and conserves both temperature and moisture by running air past condenser plates, called turbinates, in the noses of camels or elephant seals. These nasal plates absorb heat and moisture so that the animal may use it or lose it according to the temperature outside. Nasal plates cool the hot dry air from the camel's daytime atmosphere and add a little moisture to it before it enters the animal's lungs. Air going out is stripped of any moisture so as not to waste it. 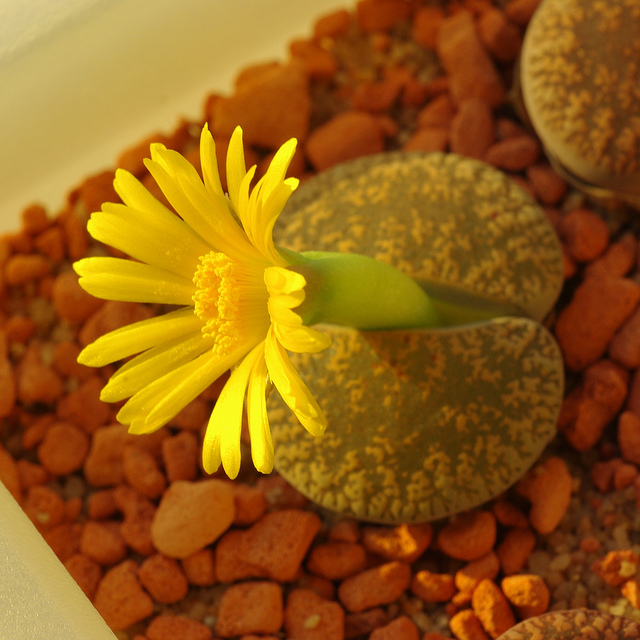 The Namib Desert Beetle uses its entire shell as a condenser as it walks into the night, points itself toward the direction of the prevailing sea breeze, and waits. Hydrophilic and hydrophobic areas on its surface channel the condensed water into its mouth, and it waddles back to its home before the scorching sun rises.

The evaporative cooling on your skin is another good example of a so-called phase change's effect on temperature. The evaporation of the liquid sweat to a gaseous state releases heat energy and cools the body quickly. A complex signaling system sets the sweat glands to open when a summer walk or an embarrassing question makes us hot under the collar.

Plants have evolved a seemingly endless variety of shapes to regulate temperature and moisture, from the corrugations and needles of cacti, to leaves that fold up when cold or heat strikes, to the channeling of light underground by the desert plant Lithops. Leaves reflect heat with their gray color, or trap moist air with tiny hairs, or coat themselves with waxes.

Many of these strategies can and have been applied to building design.

Buildings that use phase change apparatuses, such as Mick Pearce's Council House II building in Melbourne, Australia, expel unwanted heat by converting a frozen solid into a melted liquid. The cold liquid is piped through chill beams in the ceilings of this high-rise for radiant cooling during the hottest part of the day. The building also takes advantage of the same principle in employing so-called shower towers, with water directed down the façade that evaporates in the heat and cools the air drawn into the building.

The Seawater Greenhouse project and  architect Michael Pawlyn's Sahara Forest Project use the desert beetle's condensing principle, employing greenhouses as giant stills with which to condense moist air from the ocean and in the process remove the salt from it.

The novel shade system Flectofin (PDF), based on the deformation of the Bird of Paradise flower, uses flexibility of form to manipulate vertically slotted screens on double curved surfaces. The screen can open and close, letting in light and air based on conditions, and has none of the hinged and expensively fabricated parts of traditional screens. It won the Schauenburg Foundation International Bionic Award in 2012 for its designers and collaborators at the Institute of Building Structures and Structural Design (ITKE), University of Stuttgart, the Plant Biomechanics Group of the Albert-Ludwigs-University of Freiburg and the Institute of Textile Technology and Process Engineering ITV Denkendorf 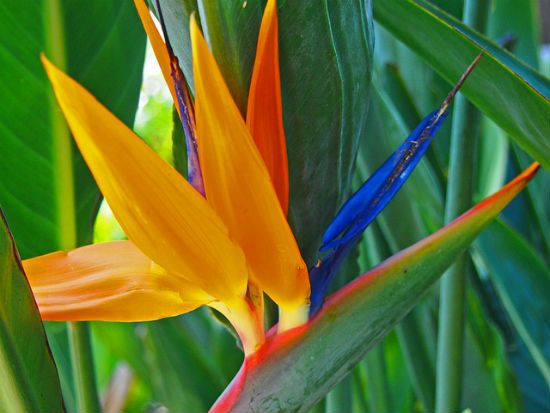 A derivative of the Flectofin, designed by Soma Architecture of Vienna, Austria, was constructed on the Theme Pavilion at the Expo 2012 in Yeosu, South Korea. The designers used glass-fiber reinforced plastics, which combined high tensile strength with low bending stiffness. The 108 GRP slats, or lamella, are activated by a simple principle. They are compressed together from top and bottom, as you would a flexible ruler, and as they bend, the openings between get wider. A large reversible elastic deformation similar to those found in nature takes place. A system of sensors and servomotors control the lamella, and they are decked with LEDs for use as a continually changing media display.

Skidmore, Owings and Merrill and architects Adrian Smith and Gordon Gill designed the Pearl River Tower in Guangzhou, China which they claim to be the most energy efficient super-tall building in the world. It is the largest radiant-cooled building in the world and uses chill beams as Council House II does.

The design also employs the manipulated flow of air through the building to generate power for itself. Openings in the flat façade funnel air through it and along the way the Venturi effect takes hold and powers a series of vertical axis wind turbines. The design also called for a daisy-chained array of multi-fueled micro-turbines, but a lack of a buy-back agreement with the local power company has postponed their installation. These turbines would provide enough additional power to make this massive 70-floor tower close to a zero net energy building.

These examples are a handful of positive steps toward the reduction of the energy load of our buildings and the resultant air pollution it entails. The designs are innovative and green in part because of their bio-inspired natures. We just need a lot more of them.