A group of leading tech companies is working with BSR to realize an ambitious vision for the future of the Internet: 100 percent renewable energy-powered.

In July, HP, a cofounder of BSR’s Future of Internet Power initiative, joined a growing list of technology companies that are making bold commitments to renewable energy.

Following work with BSR to evaluate renewable-power options in Texas, the company commissioned a massive new project: Over the next 12 years, HP will purchase 112 megawatts from a wind farm developed by SunEdison. The company will use that energy to power its internal IT operations globally.

This switch to renewables, which reduces HP’s carbon-dioxide-equivalent emissions by 340,000 tons, is akin to taking 65,000 passenger vehicles off the road.

To help them do this, in 2012, BSR launched the Future of Internet Power, a group comprising the world’s most influential Internet companies — which includes Adobe, Akamai, Autodesk, eBay, Etsy, Facebook, HP, LinkedIn, Salesforce and Symantec — that aims to power the Internet with 100 percent renewables.

We are doing this by providing a place for Internet companies to collaborate with peers, suppliers and power developers to create smarter business practices and opportunities for shared investments.

Making these commitments a reality, however, involves overcoming a number of hurdles:

While data centers can generate power on-site through solar, wind and geothermal energy production, meeting a meaningful percentage of a facility’s energy demand usually requires generating power off-site. This means there will be a physical separation between power generation and use, and therefore, data center operators need to collaborate with those who manage electricity transmission and distribution, which are typically utilities.

While renewable energy is already cost-competitive in communities with sufficient natural wind and hydro resources, more carbon-intensive coal power is still cheaper in much of the country. For that reason, companies that want to choose low-carbon electricity in places where it isn’t already online generally will face additional costs.

For a company to make the most progress in advancing low-carbon power, its investments need to be additional (the power wouldn’t have been generated by a utility or developer anyway), accountable (it conforms to standard reporting) and scalable (it is easily capable of being expanded). Furthermore, for it to be seen as sustainable, it needs to minimize additional ecological impacts and avoid negative effects on communities. While many low-carbon energy initiatives have one or more of these traits, establishing them all is difficult.

While taking on greater ownership of low-carbon energy sourcing can drive real results, the actual operation of power plants requires technical expertise and ongoing maintenance. This might be a fit for some companies, but others feel it is more economically efficient to focus on their core business and outsource management to others.

The capability to produce, transmit, distribute and sell electric power is significantly affected by regulation. This regulation varies by state, and typically is aimed at ensuring a safe and reliable network and providing affordable costs to ratepayers. While regulation may have sustainability objectives — as are found in renewable portfolio standards and “decoupling” — they typically don’t encourage the kind of innovative partnerships that companies need to form in order to address the full set of challenges described here.

(In 2012, because of obstacles to acquiring power from low-carbon sources, eBay invested its support in the passing of Senate Bill 12 in Utah, which allows companies to buy and transmit power directly from sources of renewable energy.)

These challenges add to a list of specifications that data center operators already have to consider when constructing new facilities, and the need to do so in the face of emerging technologies, policies and standards.

Additionally, these factors make the sourcing of low-carbon power difficult for individual companies to manage alone — which is why the companies that make up the Future of Internet Power initiative have come together to develop solutions that will help realize our vision of an Internet powered by 100 percent renewables.

Now in its third year, the Future of Internet Power’s current focus is on creating new tools for companies choosing renewables when making data-center siting decisions, encouraging suppliers of industrial data center services (co-location providers, or “co-los”) and operations to procure renewables, and creating new models for shared investment in renewables among Internet company peers and their suppliers.

The Future of Internet Power has played a foundational role in helping the technology sector make aggressive but achievable commitments to use renewable energy to power data centers, co-los and operations. We look forward to seeing more companies commit to 100 percent renewables for their data centers.

Editor's note: This article has been corrected to remove an inaccuracy. BSR recently conferred with Mr. Koomey, who clarified that the data on Internet energy usage is challenging to quantify and estimates are often mischaracterized. As there is no recent data on this subject, the statement that “the internet is responsible for nearly 10 percent of U.S. electricity” was incorrect given the complexities around establishing an accurate figure. 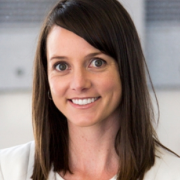