Sponsored: Carbon removal is an important and immediate part of the many actions companies are taking to reach the aims of the Paris Agreement.

This article is sponsored by Native.

In their suggested approach to reach the aims of the Paris Agreement, Johan Rockström and other scientists advise we need to decarbonize transportation systems, built environments and energy infrastructure, as well as transform agriculture "from a source of emissions to a store of carbon."

Achieving this goal, in addition to preserving ocean and land ecosystems to ensure they continue to absorb half of what humans emit each year, is all possible — as Rockström articulated in his TED Talk in October. He reminds us we have the knowledge and the technology to decarbonize key industries and systems, transform agricultural practices and preserve natural ecosystems.

Carbon removal practices are important to include if we are to limit global temperature rise to 1.5 degrees Celsius by 2050, and to more aggressively adopt these practices within the next decade. Removals can be achieved through a variety of means, including direct air capture, mineralizing carbon into stable forms, storing captured CO2 in cement, planting trees and other perennial plants, and managing agricultural soils to draw CO2 from the air. Yet, we employ none of these interventions at the scale necessary to put us on the 1.5 degrees Celsius trajectory.

Recognizing we have the knowledge and technology to remove carbon from the atmosphere, but currently lack the level of investment necessary to make it a significant part of the solution, companies such as Microsoft, Stripe, Amazon and GlaxoSmithKline are centering carbon removals within their larger climate strategies and initiatives.

Effective corporate action is necessary. As part of its commitment to removing ongoing and historic emissions, Microsoft cites data from the International Energy Agency in calling for an 8 percent reduction in emissions every year through 2030 with carbon removals, versus 15 percent annually through 2040 without carbon removals. Microsoft calls on others to "expand as quickly as possible" what it describes as an "immature market" for carbon removals by urging "those of us who can afford to move faster and go further" to do so.

Guidance set out for corporations offers another view on the role of carbon removals as a part of corporate sustainability strategies — particularly the four principles on net-zero aligned business from a team of academics at the University of Oxford. Where the first principle emphasizes reducing emissions, the second and third advise companies to shift from offsets that reduce emissions to offsets that "directly remove carbon from the atmosphere," with a preference for long-lived permanent or almost permanent removals, over short-lived removals.

Soil carbon sequestration through improved practices offers an avenue to invest in and enable change in the communities the companies rely on. Paramount to this should be a focus on permanence, leakage, verifiability, precision in reporting and justice and equity with collaborating partners and stakeholders.

In 2018, Xanterra Travel Collection, the U.S.’s largest park concessions manager and operator of lodges and restaurants in Yellowstone National Park, elevated its commitment to climate action. Given a requirement from the U.S. national park system to offset its annual emissions, Xanterra went beyond existing offset projects to launch a new initiative. Xanterra reached out to its local beef suppliers in the region, and in collaboration with Native and the Western Sustainability Exchange, helped create a program to provide upfront financing for cattle ranchers to adopt and accelerate rotational grazing and improve grazing management.

Initially launched on 33,000 acres with four ranches in Montana, the program has evolved into the Northern Great Plains Regenerative Grazing initiative, projected to sequester an average of one metric tonne of CO2 equivalents per acre annually. From the start, the program focused on establishing a soil carbon baseline for the region, a methodology to measure the accrual of carbon in the soils over time — in this case, over a minimum of 30 years — and a mechanism for third-party verification of outcomes (also measured in decades).

A rigorous approach to ensure permanence and verifiability is essential to any carbon removal initiative. For Xanterra, it was essential to meet both the requirements of the federal government and its own strategy to use resources efficiently, build and operate sustainably, aim for zero waste and provide guests with more sustainable options. With the crucial support of Gucci, Everlane and other companies committed to regenerative agriculture in the leather and beef supply chain, the collective aim is to support more ranchers, catalyze greater adoption of regenerative practices and draw down carbon across 500,000 acres by the end of 2021, and 1 million acres by the end of 2022.

With a focus on growers interested in adopting rotational grazing, but who are stalled in the face of financial hurdles and lack of access to support, the Regenerative Wool for Climate initiative provides growers with financing upfront to overcome those hurdles. Growers themselves determine what practices they want to adopt on their lands and with their animals, and the project models the expected carbon removals from those practices. The initiative will be validated by a third party — involving soil carbon measurements to establish a baseline and a methodology for ongoing measurement over time. The effort is structured to ensure permanence and address reversals and leakage.

The first of its kind in the wool industry, the initial initiative is projected to reduce over 100,000 metric tonnes of carbon over its lifetime, with the potential to expand in 2022. This work is a key part of Eileen Fisher’s Horizon 2030 initiative and its efforts to transform the company’s wool supply chain; Eileen Fisher’s goal is to move from doing less harm to making clothes that mitigate climate change. In early 2021, Gucci joined the initiative; it is supporting growers in the region to adopt and expand regenerative agriculture as part of its Nature Positive Climate Strategy. Last spring, Designtex, which also uses wool in its products and has a decade-long track record of climate action, also joined the initiative.

Another example that highlights the role rotational grazing can play in carbon removal at an even larger scale is the Northern Kenya Grasslands Carbon project, which will remove and store 50 million metric tonnes of CO2 equivalents in the region’s soils across 4.9 million acres of savannas and grasslands over the next 30 years.

This is a multi-year collaborative effort among Northern Rangelands Trust, The Nature Conservancy, Soils for the Future and Native to protect and improve habitat for key endemic endangered species, help alleviate overgrazing, improve resilience to drought and sequester carbon in soils. The project is among the only non-forestry large-scale nature-based carbon removals initiatives yet in place, the world’s first large-scale grasslands soil carbon project, and 1 of only 16 projects certified Triple Gold by the Climate, Community and Biodiversity Alliance (CCBA).

The first project ever third-party-validated to the new methodology (VM0032) for "the Adoption of Sustainable Grasslands through Adjustment of Fire and Grazing" under the Verified Carbon Standard (VCS), the Northern Kenya Grasslands Carbon project offers an opportunity for companies and other stakeholders to learn more about the role carbon removal can play in the next decade during the ramp-up of corporate and national efforts to reduce emissions, to transform agriculture and to protect the oceans and lands that are our active carbon sinks.

Carbon removal represents an important and immediate action that companies can take as part of their efforts to reduce emissions across their business and supply chains. We at Native invite others to join their peers in these efforts, collaborate, accelerate and scale natural climate removal solutions as one of many actions on our shared path to a 1.5-degree Celsius future. 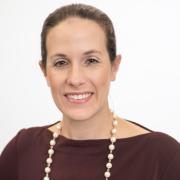 See all by Jennifer Cooper