Peter Kosak has had a busy start to the new year.

Last week, it was the announcement that his employer, General Motors, had invested $500 million in ridesharing giant Lyft. This week, it was a meeting with the company's top underwriters, who are grappling with how to insure an increasingly wide array of shared, borrowed and purchased cars.

As GM's Detroit-based executive director of urban mobility, Kosak is tasked with making sense of the rush toward what industry types call "shared mobility" — the ever-widening constellation of service offerings for consumers and business looking to either hitch an on-demand ride or rent a shared car. 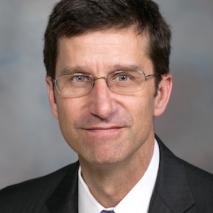 "It’s always been an innovation-driven industry, but the nature of innovation has changed a lot," said Kosak, a 29-year veteran of GM. "I never dreamed I’d be talking to a room full of insurers about mobility."

How car- and ridesharing stands to impact entrenched automotive business models is a big question for all auto manufacturers. GM's current market value is on the order of $46 billion after bouncing back from bankruptcy in 2009.

There are also broader social, economic and environmental issues at stake.

How do shared cars impact transportation emissions and the efficiency of congested roadways or parking lots? What should cities and states do to regulate transportation service companies and their drivers? And what happens if these shared cars are someday powered exclusively by electricity, or don't even require a human driver?

In an interview with GreenBiz edited for length and clarity, Kosak laid out GM's approach to the fast-moving world of urban transportation and auto technology.

Lauren Hepler: Let's jump right in. What drove the big investment in Lyft?

Peter Kosak: This entire space is marked by providing access and options and connectivity. Vehicle sharing is a very natural extension of our core model — to this point design, build, sell. It’s instead of ownership or in addition to ownership. You’re just distributing a fleet rather than distributing sales, and you’re giving people access by the minute or the hour or the day or whatever.

Ridesharing is a bit of a different animal. It’s on-demand taxis according to a variety of different models. Whether it’s individual riders or multiple riders in traditional vehicles or dynamic shuttles, it's a different kind of business. It’s one that if you really want to accelerate things begs partnership.

Hepler: What made Lyft an attractive partner?

Kosak: In the case of Lyft, as with any partnership, two things have to exist. You have to share a compelling, high opportunity vision of the future. No. 2, you have to have complementary capabilities.

We share the same vision of the future that autonomous (self-driving vehicles) is going to occur; its benefits and its impacts are going to be very big. If you combine our capabilities in developing autonomous-capable vehicles with their on-demand taxi and ridesharing business, we certainly can accelerate toward that future.

Hepler: $500 million is still a huge investment. Was there discussion about spreading your bets among multiple companies, versus banking on one major player?

Kosak: We are placing a wide set of bets. There's a diversity of opportunities to develop new products ... whether it's campus-based or city-based, or business-to-consumer or peer-to-peer.

This space isn't for the faint of heart or the vaguely committed. With a company that's growing as fast as Lyft is or as fast as Uber has, you have to be bold.

Hepler: Uber obviously is the gorilla in the room. Why invest in Lyft over them?

Kosak: The first was a very, very clear shared vision for where things are going and how autonomous can benefit the space in ridesharing and the efficiency of systems — the economics and the practical benefits of autonomy. Sometimes you just hit it off and you see the future the same way.

There are also very good near-term opportunities to work together, whether it's in data sharing that leverages connectivity or the rental hub we've talked about. That will allow Lyft drivers that either don't own or don't want to own vehicles to access an array of GM vehicles by the day or by the week or by the month.

Hepler: What other immediate market openings are there?

Kosak: One of them is that if we are offering vehicle sharing services in a variety of ways, whether it's residential or city-based, there's an opportunity to combine and co-market either with or without a driver.

That's a simplifying factor in providing access. At the end of the day, it's about a user experience that is frictionless and not having to go to multiple apps.

Hepler: We've also been covering the sharing economy in business-to-business markets. Is there an interest from GM in applying these technologies to commercial fleets?

Kosak: For sure. This is about creating greater efficiency and enabling access. Even a pilot we did with Google in 2014, that was a fleet of Spark electric vehicles and an app that enabled access, plus maintenance of those vehicles — basically a turn-key service that enabled commuter pooling.

That helped Google on their Mountain View campus, where like many places parking is a huge burden. When Google or Stanford want to put in parking, they go underground, which is obviously a huge expense. That kind of service turns a big fixed investment like a parking garage into an operating cost that you can scale.

Companies are dealing with issues of parking and congestion and inefficiency related to mobility. That is a very big opportunity.

We also have a project in New York with (real estate firm) Stonehenge Partners and Icon Parking. That is access to a fleet of vehicles, on demand, that are associated with the Stonehenge buildings. We're scaling that to other buildings in New York and are looking to go to other markets. That is a kind of B-to-B offering to Stonehenge. It's allows them to offer access to vehicles to residents the same way they offer access to a weight room or a pool.

Companies are dealing with issues of parking and congestion and inefficiency related to mobility. That is a very big opportunity.

Hepler: There's also the issue of interplay with public transit. Lyft has been positioning themselves more as a first-mile, last-mile transportation provider, but where does GM stand?

Kosak: Ridesharing can certainly support public transportation and increase ridership. Train stations and bus stations are no different that campuses. People drive in and park their cars, and they just happen to be way points en route to another place.

If you think about commuter pooling opportunities into mass transit stations — and this kind of commuting is the most mundane; it's not enthusiast driving, it's almost commodity like — that's great for everyone. It increases ridership. It's good for the providers who don't have to provide parking. And you can provide options for complete trips where you don't even have to jump onto mass transit at certain times.

Hepler: Do you see a scenario where those services would be available to lower-income residents who typically can't buy or lease cars?

Kosak: When you put things between the cracks, you can draw from a number of different places. People make choices depending on a variety of factors — price, weather, security. Commuter pooling might be good for some days of the week and not possible other days.

Ridesharing options can co-exist very well with mass transit and take the edge off of what can be problematic. I don't think ridesharing — or anything for that matter, for the preponderance of people who benefit from mass transit — will compete directly. The economic efficiency of moving masses of people is obvious.

Hepler: What do you make of the debate about the ultimate environmental benefits of shared transportation services? Several cities and academics are trying to better measure the impact on congestion and parking — whether there is a big efficiency benefit or if people are getting into cars when they otherwise wouldn't have.

Kosak: I agree these things need to be researched more, and that as services deploy and grow you learn more about how they're being used and what the impacts will be. I think anybody who is being declarative on this topic is either not thinking about it enough or is being presumptuous. It's an uncertain space.

The fact that there's a human driver behind the wheel in some respects is a bit immaterial from the overall systems standpoint.

I'll say also that the reality is people want personal mobility. The trick through advanced propulsion technologies that are cleaner and things like autonomy that enable the compact parking of vehicles and operate more efficiently ... is striking the right balance between that and societal imperatives like congestion and air quality.

This is why we're putting such a huge emphasis on things like autonomous cars, connectivity, electrification and, ultimately, fuel cells. These are the things that are going to allow us to at the same time deliver personal mobility options while being part of an overall solution that's sustainable.

Hepler: To that end, is there an opportunity when investing in a company like Lyft to somehow encourage faster adoption of more forward-looking technologies like electric vehicles?

Kosak: That's a great question. Shared use, whether it's vehicle sharing or ridesharing, is an ideal deployment opportunity for new technology.

Urban duty cycles, congestion-laden environments, tend to have cycles that are more stop and go, lower speed, shorter distances. There's better opportunity for charging infrastructure, because it's just a more concentrated environment. All of those things are favorable to electrification. It's wide open spaces on highways where you don't get the full benefits of hybrids and EVs.

Even on the development side, if you have more aggressive duty cycles you get faster technology turns. If you're developing the Chevy Volt or the new Bolt and that vehicle sits in a garage 22 or 23 hours a day, that vehicle is going to last a long time and it's going to become outdated. If the vehicle is deployed as part of an on-demand taxi service or a vehicle-sharing service and it's doing the work of many, there is a better opportunity to get a return out of that vehicle and learn about the technology.

We also think that the current ridesharing offerings are a step toward autonomy. Knowing what's coming and having what's coming knowing where you're going — that starts to feel like autonomous. The fact that there's a human driver behind the wheel in some respects is a bit immaterial from the overall systems standpoint.