After the election, cities look for ways to be great on their own

What comes next for U.S. cities, now that the 2016 presidential election has come to a close? As polls closed Nov. 8, this question quickly came to the forefront for urban planners and city-dwellers alike.

In recent history, cities have been on the frontline for providing solutions. Adept at crafting locally appropriate solutions, urban leaders have been able to take direct action on a range of challenges facing rapidly growing cities. The site of many policy changes to come, Washington, D.C. itself already has set up a precedent for action, taking on resilience and emissions reductions goals of 80 percent by 2050. As the new administration prepares for the first 100 days in office, it is clear that there will be wide-ranging implications for cities such as Washington. Throughout the course of the election, special attention was given to areas such as transport, while critical decisions for infrastructure and climate also loom large in the agenda of the incoming administration.

In the past, urban citizens and leaders have been champions for issues such as climate change and transport. Now, these issues are called into question, as the next administration steps into place. So, what can we expect cities to look like in the next four years?

Many cities already see the value in making transport safer and more sustainable for everyone. Cities such as New York are implementing speed limits to improve safety for sustainable modes of transport such as walking and biking. Creating spaces for pedestrians, bike share programs and better cycling infrastructure have been woven into cities’ transport systems.

Adding to this progress, making transport work for everyone has risen to center-stage for U.S. voters this year. As evidenced by the $200 billion in transit funding that U.S. voters decided on, cities from Los Angeles to Atlanta are taking a closer look at how their futures can be improved through better transit. Los Angeles, for example, will be funding bicycle and pedestrian infrastructure, in addition to an expanded bus rapid transit system. Investing in better transport options are certain to create multiple benefits in the long-term for the city; reducing the chokehold that congestion from cars has on many U.S. cities will improve the outlook for urban emissions and productivity in the long run.

The promise of infrastructure

One issue that seemed to unite the otherwise polarized U.S. presidential candidates this year was the need for better infrastructure. The U.S. is lagging in both the condition and maintenance of its critical infrastructure, with transit in particular falling behind in quality and upkeep.

There exists a huge opportunity to guide the coming global boom in infrastructure, which is projected to amount to $90 trillion within the coming 15 years, toward a better path. Moving forward, infrastructure development must be oriented toward better connecting people and places, through better and more sustainable forms of transport, and through better-planned and more compact development. Ensuring that new funding activity in this area looks beyond the status quo and actively seeks better and more sustainable projects that do not lock in decades of sprawl and emissions, will prove vital to making good on infrastructure promises. We realize that here exists a huge opportunity for shifting existing finance (PDF). In transport-related infrastructure alone, investment worldwide comprises between $1.4 trillion and $2.1 trillion each year. Decisions made today, where we have a massive opportunity to make a transformative shift in what types of projects are funded, will directly decide the types of cities we will create for years to come.

The new administration’s plans for an American Energy & Infrastructure Act have emerged, post-election, promising public-private partnerships that will leverage $1 trillion for infrastructure in the next 10 years. If this private sector-oriented policy can be guided away from congestion-inducing and car-oriented transport toward smart, sustainable investments, this promise of more sustainable and livable cities still may become a less-distant reality.

In a turn from this week’s progress at COP22, with the groundbreaking Paris Agreement having just entered into force, the future of climate action in cities has now come into question.

Cities have proven themselves to be the forerunners of climate action, often taking on deep commitments to reducing emissions and improving resilience beyond the promises made at the national level. Portland, for example, has taken on an ambitious plan beyond the scope of national-level goals, in which targets for greenhouse gas reductions have been in place since 1993 under the Carbon Dioxide Reduction Strategy. Portland also maintains steadfast focus on equitable, connected, climate-resilient growth. A vision of a shared future has emerged for cities, coming out of involvement with various collaborative city networks that actively knowledge and solutions to climate challenges.

In the first 100 days, avoiding any backslide on climate progress will prove critical. Cities often have operated outside of federal action, acting as independent, but connected entities — this is not likely to change any time soon. Networks, such as the Compact of Mayors, will remain powerful representatives for more than 600 million urban residents, while C40 Cities works to improve technical knowledge-sharing in at least 12 U.S. cities. However, ensuring that these cities are empowered to take action under the Paris Agreement remains of vital importance.

The outcomes of the U.S. election will have direct bearing on cities. Global urbanization over the next four years, coupled with a new administration, invariably will determine the ability of cities to follow through on transport, infrastructure investment and climate change. Examples set in U.S. cities resound worldwide. Now is the time to make sure that we guide policies toward the long-term goal of a sustainable and livable urban future; we must ensure that cities stay great. 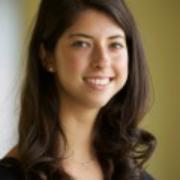 A sharing economy for governance? 3 ingredients for sustainable cities

How cities can drive the Sustainable Development Goals

See all by Katherine Peinhardt