Editor’s note: This essay was contributed by one of the NGOs that make up the Renewable Energy Buyers Alliance (REBA), a consortium dedicated to growing large buyer demand for renewable power and helping utilities and others meet it. You can find the other articles here. REBA’s next annual summit will be Oct. 14-16 in Oakland, California ahead of VERGE 18.

Akamai, Apple, Etsy and Swiss Re last month announced a renewable energy purchase that the four companies negotiated together, with technical support from their advisor 3Degrees.

This deal will lead to the development over the next two years of 125 megawatts (MW) of wind energy near Chicago by Geronimo Energy, and a 165 MW solar photovoltaic array located in Virginia by sPower. Both projects will be connected to the wholesale electricity market PJM and will produce enough electricity to power 74,000 homes.

The collaboration among the four buyers may be the first successful all-corporate execution of "aggregation" — a process whereby two or more buyers leverage their collective purchasing power and enhance their chances of success — in renewable virtual power purchase agreements (VPPAs) in the United States.

Each buyer has a separate contract with the project developers and a different share of the overall 125 MW and 165 MW. Apple is the largest buyer, purchasing 111 MW on the Illinois project and 134 MW on the Virginia project. Akamai signed 9 MW in Illinois and 27 MW in Virginia. Apple, Akamai and Swiss Re shared the wind project, and Etsy joined Apple and Akamai on the solar deal.

By aggregating demand with Apple and Akamai, Etsy was able to sign a 4.5 MW contract, currently the smallest corporate VPPA on record in the United States. If replicated, this procurement model could offer large-scale renewable project access to corporate buyers well beyond the Fortune 500.

The four companies join over 30 other U.S. corporate buyers executing VPPAs with off-site renewable energy projects, which have become the prevalent structure for corporate renewables procurement in the United States.

A VPPA is "virtual" because it does not involve ownership or transfer of electrons. It is a financial transaction wherein a buyer pays a fixed price for electricity in exchange for variable wholesale market prices. This structure offers buyers access to economies of scale and is widely available across U.S. liberalized electricity markets.

Etsy was able to sign a 4.5 MW contract, currently the smallest corporate VPPA on record in the United States.

A corporate buyer chooses a VPPA for two main reasons: to hedge against rising electricity costs and to make a large-scale renewable energy impact. As more companies set ambitious renewables goals, many aspire to the VPPA model. But it entails a complex deal process and exposes the buyer to financial risk and high transaction costs. These barriers usually prevent smaller and less experienced buyers from participating in this market.

These four deal partners have demonstrated that aggregation greatly can reduce transaction costs, risk and complexity, and that they enable smaller buyers to succeed in VPPAs. The Business Renewables Center (BRC) spoke to Chelsea Mozen, Etsy’s sustainability lead, and Nicola Peill-Moelter, senior director of environmental sustainability at Akamai, to gain insight into their groundbreaking partnership.

The partnership’s aggregation model has three main pillars: alignment and trust among the buyers; a lead buyer signing the largest contracts; and ongoing coordination efforts.

1. Alignment and trust among the buyers

The Akamai–Etsy connection was made at one of BRC’s workshops. Mozen recalls that Etsy was "exploring projects on our own in PJM and was not finding anything that worked for us at the small size we needed. We connected [with Akamai] at the BRC boot camp and the trust and the relationship that we developed there led to our collaboration on this project. [Peill-Moelter] of Akamai directed me to 3Degrees." Swiss Re came in through 3Degrees as well.

Akamai is a supplier of cloud computing services to Apple. Through Apple’s Supplier Clean Energy Program launched in October 2015, their supply chain participants are encouraged to use clean energy.

Thanks to Apple being willing to sign the largest contracts with both renewable energy projects, Akamai, Etsy and Swiss Re were able to negotiate favorable contractual terms, including a better VPPA price.

Etsy, a first-time buyer, was able to leverage Apple’s influence on the project developers to finally close a deal. Additionally, being able to work in partnership with an experienced buyer such as Apple was helpful in Etsy’s securing internal approvals for the deal.

The biggest challenge presented by the aggregation model is keeping multiple buyers moving along in the deal process.

Peill-Moelter, a more experienced buyer who already successfully had led Akamai’s first VPPA, 7 MW in the Electric Reliability Council of Texas (ERCOT) market in 2017, also found an advantage in working with a larger lead buyer: "Thanks to Apple being on our side of the negotiation table, we were able to secure … by far a better deal for this procurement than we would have on our own."

The biggest challenge presented by the aggregation model is keeping multiple buyers moving along in the deal process. Each needs to execute on plans and secure internal approvals promptly, to avoid holding up the entire group.

The successful coordination of the aggregation process requires a leader — a buyer or adviser. In the Dutch Wind Consortium (PDF) transactions, AkzoNobel, one of the four buyers, was the initiator and de facto leader of that aggregation initiative. Akamai, Apple, Etsy and Swiss Re delegated this important role to 3Degrees.

"Ensuring the participants had similar objectives and were able to move internal decision making forward on a common timeline, was important…. 3Degrees facilitated these conversations and helped each company reach the point where they could proceed with confidence," said Erin Craig, vice president, energy and climate practice, at 3Degrees.

The aggregation model is a powerful proof of concept that collaboration among buyers can help break through some of the market barriers that hold back smaller buyers in large-scale renewables procurement. With care given to three elements, the model can be replicated by other groups of buyers in the United States.

First, developing alignment and trust among the buyers is key.

Second, this aggregation was powerful in giving Akamai, Etsy and Swiss Re access to favorable contract terms. Others looking to replicate their success will require a major buyer partner playing Apple’s role in negotiations with developers.

Third, the concerted action of two or more buyers in aggregation requires advance planning and ongoing coordination. In this example, advisor 3Degrees played that important role.

We anticipate the aggregation model will become a familiar contracting method with standardized contracts that buyers, developers and financiers are all comfortable with. Buyers not previously engaged in renewables will gain confidence in knowing that other companies have used this method.

Clearly, there is a good amount of work yet to do for corporate buyers that are not only intent on sourcing renewable energy for themselves, but also passionate about shaping the market for collective benefit. The upcoming REBA Summit at VERGE 18 in October will unite, educate and provide opportunity for over 500 market participants to consider whether renewable energy aggregation is a viable option for reaching their sustainability goals. 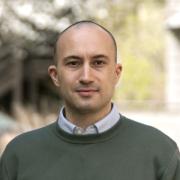 See all by Roberto Zanchi