When it comes to hyped technologies that could aid in the corporate fight against climate change, the blockchain and artificial intelligence are probably neck-in-neck.

For those who view both with skepticism, I would suggest there’s one big difference in the adoption cycle of the two. I can cite numerous pilot projects involving blockchain, but I think it’s reasonable to doubt how it will scale. AI, on the other hand, is already driving some very real-world corporate progress toward stated sustainability goals, particularly energy efficiency.

Exhibit A is the warehouse operation I wrote about in October, Lineage Logistics, which is using machine learning combined with sensors and data about weather and other parameters to reduce the amount of electricity it uses to keep food frozen. So far, it has cut annual power consumption by 33 million kilowatt-hours, saving $4 million along the way.

Now, you should check out another compelling example of what’s possible, born in the Madrid metro system — which transports an average of 2.3 million commuters every day, across 183 miles of track. (It’s the seventh-longest system in the world.)

While it’s tough to reduce the amount of electricity used to power the trains, the city collaborated with consulting firm Accenture to address how much electricity is used by the massive ventilation systems — including 1,000 industrial fans — that handle climate control in the stations. That equipment accounts for about 60 percent of overall power consumption. 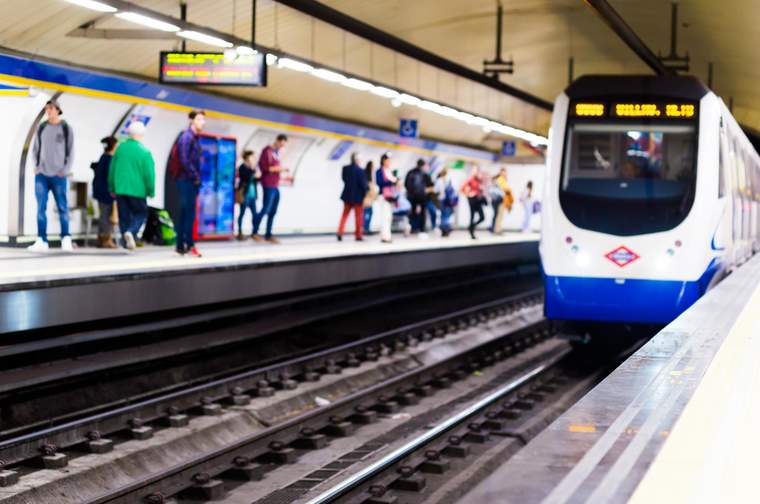 The AI system developed by Accenture Applied Intelligence uses a variety of data sources to optimize the fan operations — including current weather conditions, indoor temperature, how many people are entering and leaving stations, passenger loads and events (such as soccer games or class times at local universities).

The algorithms allow the metro system’s energy management team to step down fans that don’t need to be running at full capacity, plus it also helps the city schedule its operation around the fluctuating price-per-watt that the local utility charges. "We can use less energy and we can buy better, because we know how to buy," said Isabel Fernandez, managing director for Accenture Applied Intelligence in Spain, who was involved with creating the system.

Over time, the schedules set by the system will become more precise as more information is added to the data set and the algorithms "learn" more about the best strategies. And, of course, there’s an override function that allows humans to control everything manually.

It took about 1.5 years for Accenture to develop the software, test it out and fine-tune it within the system, and bring all 301 stations online in November 2018 — including retrofits to some fans, so that they could collect and share the relevant data. Not all of the equipment was the same age, nor was it from the same manufacturer, Fernandez noted. But now that the system exists, it wouldn’t take as long to get it up and running elsewhere, she said.

The results? The software has helped Metro de Madrid reduce its energy costs by 25 percent so far; the agency will recoup its investment in about one year’s time, and that translates into cuts of about 1,800 tons in CO2 emissions annually. In addition to the reduced power consumption, the system is being used to predict and detect failures in the fans.

Fernandez offers this advice for organizations considering similar projects: Engage early with facilities engineers to define relevant key performance indicators and, just as important, get them excited about the project. "If I were going to start again, I would talk to the engineers first," she said.

Why this cold storage warehouse operator warmed up to artificial intelligence

Blockchain energy apps may hit the grid faster than you expect