There's a lot of news swirling around Amazon's decision to locate a data center in Ohio. While it's undoubtedly a great economic opportunity for Ohio, given Amazon's commitment to use renewable energy to power its facilities, one wonders how the company will make that happen under Ohio's current energy policy.

As I've written about extensively, Ohio's freeze on energy efficiency and renewable energy is moving the state backward — the state is missing out on critical opportunities to grow the economy as businesses locate elsewhere in the midst of an uncertain climate for investment in Ohio's previously robust renewables and efficiency industry.

This uncertainty presents a challenge for the construction of Amazon's energy-intensive data center. With experts estimating that such facilities use as much power as a small city, it's easy to see both the financial and environmental reasons why Amazon would want to use renewable energy as its prime source of power.

But the timing is ironic.

On one hand, Ohio has a major, multinational corporation dangling sweeteners such as jobs and an infusion into the local economy in exchange for the use of in-state renewable energy. On the other, Ohio just last year passed a set of unfortunate policies that threaten to turn Amazon and other major, multinational job-creating businesses who have sustainability missions away from Ohio and to neighboring states.

These policies are — of course — the freeze on Ohio's energy efficiency and renewables standards (SB 310), and an untenable wind setback requirement which is a de facto halt on commercial-scale wind development in the state (HB 483).

Luckily, HB 190 — a new bill introduced last month by Republican state Reps. Toney Burkley and Tim Brown — would at least mitigate one of those ill-advised decisions, returning the decision making back to local counties.

The Cleveland Plain Dealer recently editorialized support for the bill, saying, "HB 190 allows local officials to decide how neighborly wind projects should be. That's a sensible step in the direction of restoring more local control as well as creating more comprehensive and economically beneficial energy policies in Ohio."

The bill also would extend deadlines for wind projects to receive energy-related tax exemptions. In addition, it allows development of wind projects using the prior, less-restrictive setback requirements.

Those of us advocating for the kind of flexibility HB 190 would bring and demanding that Ohio thaw the freeze on its efficiency and renewable policies are left to wonder — does the Amazon announcement mean a potential welcome mat for other sustainability-minded companies looking to locate in Ohio? How will they overcome the existing policy roadblocks if nothing is done to lift them?

If HB 190 passes — which it most certainly should if Ohio's lawmakers intend for wind development to have a future in the state — Amazon and other companies will be able to work with local counties to develop plans to sustainably deliver wind power to their new facilities.

But what about the rest of Ohio's energy landscape? The freeze legislation sent in-state solar power packing, provided the state's largest utility, FirstEnergy, carte blanche for canceling its wildly popular and cost-effective efficiency programs and made clear to outside investors that the state's clean energy industry is not open for business.

One thing is for sure — because Amazon and other large companies are committed to using renewable energy for their facilities, they either have to make it or buy it. Both options seem extremely difficult to execute given Ohio's current energy policies.

The only sure way to build long-term success in attracting these multi-national companies seeking to site data centers and other energy-intensive facilities in the Buckeye State is to reinstate our clean energy standards and pass HB 190.

We hope Ohio's lawmakers are paying attention and will not let this opportunity pass the state by.

This article originally appeared in NRDC. 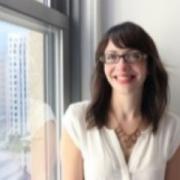 See all by Samantha Williams