Amazon shipping could be a tipping point for electric fleets

Amazon could electrify major portions of its delivery fleet and help kickstart the nascent market for electric trucks.

This article is drawn from the Transport Weekly newsletter from GreenBiz, running Tuesdays.

Among the multiple double-parked vehicles that perpetually idle on my block in San Francisco, I spotted something a little different the other day: an Amazon-branded van.

While many packages delivered daily on my street likely were purchased from Amazon, it's less common (right now) that those goods arrive in one of the e-commerce company's own vehicles.

The branded delivery vans are part of Amazon's recently created program under which contractors can launch local delivery businesses for the retail giant and courier packages using Amazon's fleet. The entrepreneurs lease the vans through fleet management companies.

Amazon likely was able to get a pretty good deal on a 20,000-van bulk order from Daimler that will serve this program. And it's a big deal for Amazon to tread new ground with this innovative model.

But the large purchase order was also a missed opportunity because they weren't electric. Electric delivery vans are some of the first types of electric vehicles that are starting to show that they can save money over gas or diesel-powered alternatives by eliminating fuel costs. It's still early days, but these cost benefits will increase over time as battery costs drop.

The reason delivery vans are able to benefit from these electric savings right now is that often these last-mile delivery trips are relatively short range, occur over a condensed area and have somewhat routine routes. Other delivery companies — UPS, FedEx, DHL — are beginning to acquire electric delivery vans in an attempt to meet sustainability goals, reduce fuel costs and continue service in areas that have banned fossil-fuel-powered vehicles — such as some cities in Europe. 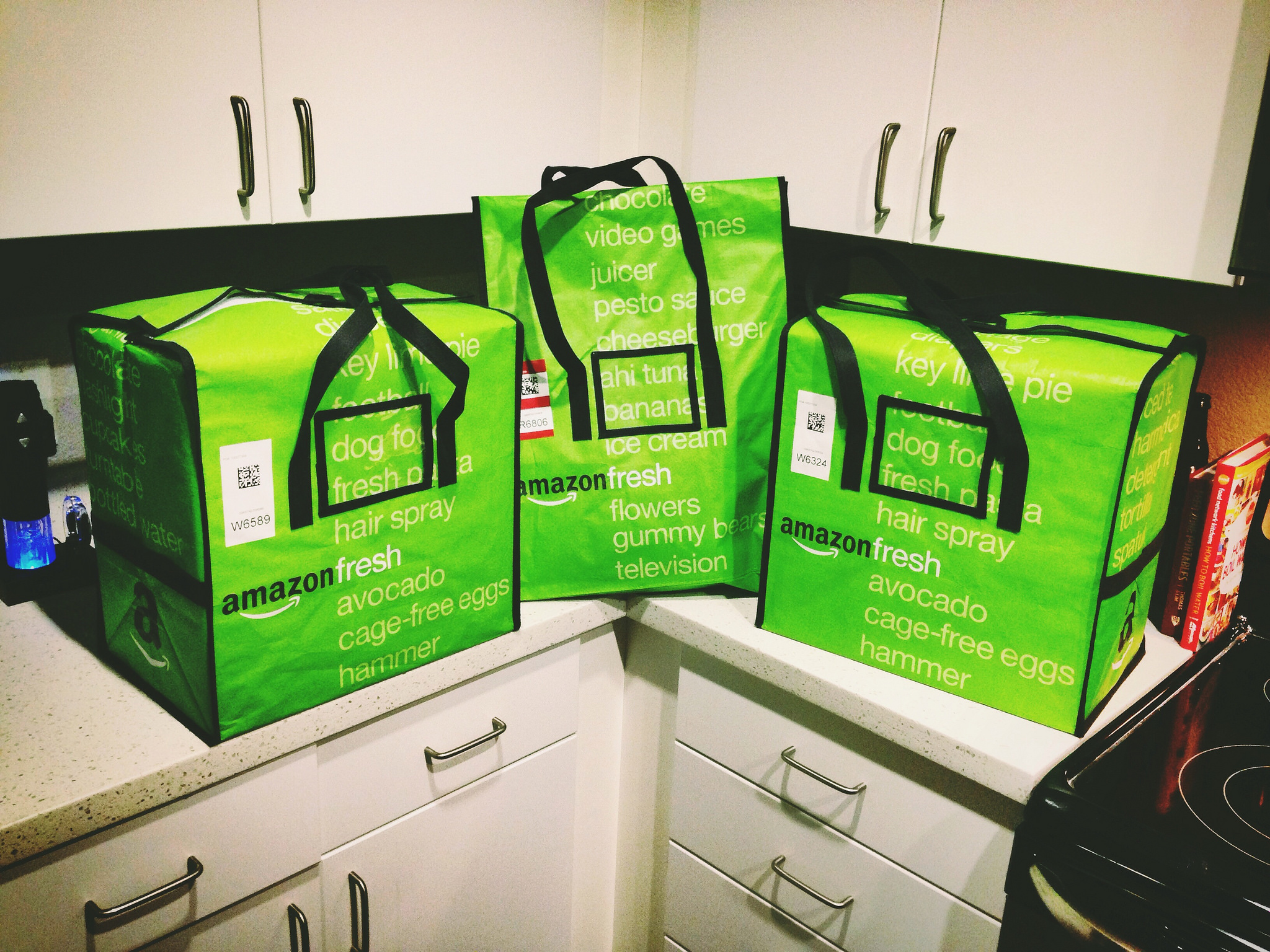 Yet despite Amazon's EV fleet miss, there do appear to be some interesting electrification and transportation emissions reduction plans afoot at the retailer.

Most important, Amazon announced Monday that it plans eventually to have all of its shipments to customers become net zero carbon, with 50 percent of all shipments net zero by 2030. That's huge, although it lacks many public details.

They're calling it "Shipment Zero," and it's clear it won't be just about electrification. Amazon mentions EVs, but also aviation biofuels, reusable packaging and renewable energy. We'll see how much of Amazon's own fleet will electrify as a result of this project.

So far, Amazon does have at least one small public EV purchase order — 100 EV Mercedes Benz Sprinter vans — that it plans to use in Germany. Hopefully, this is a nod to much larger purchase plans in the works.

Amazon is also investing in electric vehicle technology. Last week, the company said it plans to lead a $700 million investment into Rivian, an electric pickup truck maker. Analysts with Morgan Stanley said the investment "could represent a potential opportunity for Amazon to use the technology to shape electric delivery vehicles to support its own logistics efforts as well as another opportunity to tap into the $900 [billion] total logistics [total available market]."

It might sound like a stretch for Amazon to make its own electric delivery fleet, but the company actually has made major leaps in cleaner logistics before.

It might sound like a stretch for Amazon to make its own electric delivery fleet, but the company actually has made major leaps in cleaner logistics before. Amazon is one of the largest purchasers of fuel cell-powered forklifts for its warehouses, and it made a big investment in fuel cell maker Plug Power. Amazon (and Walmart) kickstarted the fuel cell forklift industry with these purchases in the United States.

Amazon could do the same thing for last-mile fleet electrification. The market is still new, and many companies with big fleets have been forced to work with small companies and even startups on pilot projects. Eventually, these orders will get bigger and bigger, but there likely will be a tipping point. Could a move by Amazon tip the scale?