Sixty-eight of the largest and most iconic U.S. corporations from steelmakers to retailers to technology giants joined a White House-initiated pledge Monday to reduce carbon emissions and support a strong United Nations climate deal on global warming.

American Express, Alcoa, Facebook, Siemens, Best Buy, the Walt Disney Co., Kellogg and Xerox are just some of the companies that signed the American Business Act on Climate Pledge Monday, joining an original group of 13 U.S. multinationals that pledged in July to mitigate global warming and back a U.N. pact. The original group included Apple, Goldman Sachs and Google.

In announcing big carbon reduction pledges and supporting  U.N. climate negotiations, the companies seemed to have intercepted the political football that climate change has become in Washington and carried it firmly into the economic zone.

“At Mars, we believe that our growth is not only linked to, but dependent on, the protection of the world that we all call home,” said Mars Inc. Chief Sustainability Officer Barry Parkin.

“It is simply not an option to stand back and do nothing,” he said. The candy maker, which sources ingredients from all over the world, committed to eliminate greenhouse gas emissions from across its global operations by 2040 and by this year send no more waste to landfills. 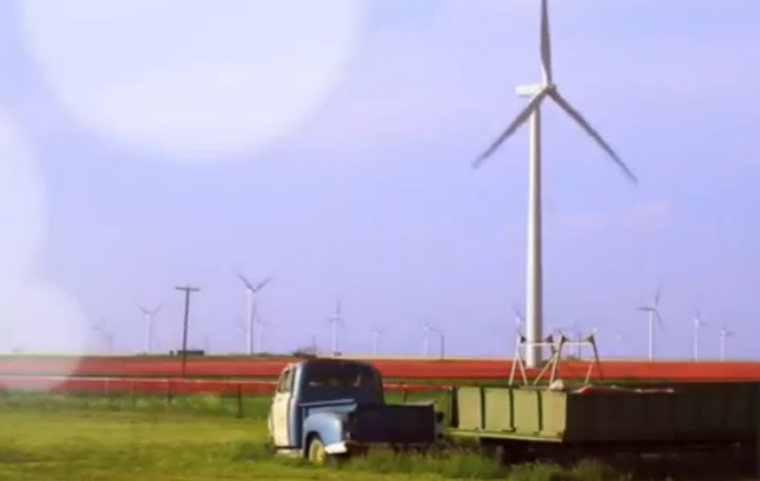 Mars Inc.
<p>Mars Inc. gets much of the renewable energy that powers its 70 U.S. plants from the Mesquite Wind Farm in Texas.</p>

The large number of companies who pledged greenhouse gas reductions — 81 companies in all — and the breadth of industries they represent are the noteworthy aspects of this American Business Act on Climate Pledge.

That famous 1992 quote by presidential campaign strategist James Carville, "It’s the economy, stupid," aptly describes the underlying message implied in the corporations’ pledges. They see global warming as a business issue.  Yet in Congress, any bill introduced to rein in carbon emissions receives party-line votes. Naysayers condemn such bills as damaging to the economy.

But with the likes of carmaker General Motors — which in the not-too-distant past had a stake in keeping consumers in gasoline-powered vehicles — and conservative stalwarts like AT&T pledging to reduce emissions and call for a strong international COP 21 climate deal, Monday's news could have deflated such politics.

“These are not left-wing companies,” said Anne Kelly, senior program director for policy at Ceres, the investor network that promotes sustainability.

They are making business decisions.

“What struck me is the number, range of geographic diversity and the political spectrum,” that the companies come from, Kelly said. “These are major employers standing with the President calling for a strong deal,” as well as committing to significant changes in their operations.

“They are making business decisions,” Kelly said. “They’ve done the math and they see what’s been happening in their supply chains.”

General Motors, which was one of the first 13 companies to sign the pledge, committed to reduce carbon intensity from facilities by 20 percent in five years. That may sound small compared to plans by Mars for zero emissions or by Apple for 100-percent renewables-powered operations. Yet General Motors also pledged to "maximize vehicle efficiencies and reduce carbon emissions around the globe" and “help make electrified vehicels become more mainstream."

Companies that signed on to the American Business Act on Climate Pledge have a combined market capitalization of $5 trillion and collective annual revenues of $3 trillion, according to the White House. Together they employ 9 million people.

These companies had attended the White House Summit on Climate and the Road through Paris with President Obama on Monday, where the pledges were announced. The Summit aimed to come up with cross-sector efforts to tackle climate change and to bolster the Obama administration's clout in climate negotiations as it heads to the Committee of the Parties 21 meeting in Paris.

Here are commitments from some companies seldom heard from in sustainability conversations:

AT&T  said it will reduce its direct greenhouse emissions (or scope 1) by 20 percent compared with 2008 baselines and reduce electricity consumption of the company relative to data growth on its network by 60 percent from 2013 levels.

Lam Research, which just formalized environmental targets three years ago, pledged by 2020 to increase renewable energy in U.S. operations to 25 percent of consumption and reduce emissions intensity by 20 percent from 2012 levels. It hopes also to accumulate 14 million kilowatt hours of energy savings intensity through efficiency projects.

Monsanto committed to reduce its crop protection greenhouse gas emissions by an additional 22 percent on a per product basis by 2020 , from its previously stated goal, to equal a cumulative reduction of 45 percent from 2002 levels. And to increase irrigation water efficiency.

And here are some companies expanding their sustainability commitments:

Intel which now uses 100 percent "green power" in its US operations will increase renewable energy use for its international operations and grow installations of on-site renewable enrgy to triple its current levels.

Kellogg said it will achieve zero net deforestation by 2020 in its supply chains for soy , palm oil, timber and fiber. And it will expand the use of low carbon energy by 50 percent by 2020, increase to 30 percent the number of plants zeding zero waste to landfill by next year,

Autodesk committed to power its businesses and cloud services with 100 percent renewable electricity by 2020 as part of its science-based GHG reductions.

Secondly, it pledged to create software and services to help cities and enterprises design, operate, and make the triple bottom line business cases for sustainable buildings, water, and transportation projects.

Bank of America said it will more than double its environmental business initiative from $50 billion currently to $125 billion by 2025 through lending, investing, capital raising, advisory services and developing financing solutions for clients around the world.  It will also attract a wider array of capital to clean energy investments by developing innovative financing structures.

Ikea USA pledged to produce as much renewable energy as the total energy it consumes in its global operations. Its wind operations produce 165 percent of the electricity consumed by IKEA's U.S. operations.

It also plans to reduce carbon emissions from the transport of goods by 30 percent by 2020 (in relative terms) compared with 2012 by such changes as reucing the number of shipments and increasing the use of rail, barge, and sea rather than road transport.

McDonald's pledged a host of sustainability targets. Among them is to source 100 percent of the palm oil it uses in its global food operations from systerms verified to practice sustainable palm growing, and 100 percent of its coffee from sustainable coffee plantations. It commits to eliminate deforestation from its operations.

Ricoh Americas pledged to reduce total carbon emissions by 30 percent in five years and by 80 percent by 2050, and increase the energy efficiency of its products, which are now 70 percent Energy Star-labeled. On COP 21 it stated, "We support the conclusion of a climate change agreement in Paris that takes a strong step forward toward a low-carbon, sustainable future."

The 81 companies committing to the American Business Act on Climate Pledge:

A who's who among the COP21 commitments