Popular media and political chatter are abuzz with a cacophony of energy news and opinion. Amid the chaos, some orderly strands can be discerned. Here are three themes that merit attention:

Government forecasts predict U.S. energy intensity (primary energy used per dollar of real GDP) will continue to decline roughly 2 percent annually through 2040, but that the drop will be steepest in automobiles.

Motivated in part by more stringent fuel economy standards coming down the pipeline, lightweighting -- the core of the new “platform fitness” approach, which focuses on optimizing a vehicle’s structure first before addressing propulsion technology and fuel source -- has been the industry’s hottest strategic trend for several years. In short, the auto industry is finally beginning the fundamental change we’ve been advocating since 1991. And as automakers and government adopt Rocky Mountain Institute’s (RMI) fitness-first, ultralighting-focused strategy, they’re finding that making costly batteries or fuel cells fewer rather than cheaper can make electric cars more affordable with less time, cost and risk. This can save severalfold more oil than the government forecasts, use 80 percent less autobody manufacturing capital, de-risk automaking and save (in the U.S. alone) half an OPEC’s worth of oil.

Meanwhile, U.S. autos’ 4 percent average asset utilization -- that is, they sit idle 96 percent of the time -- is driving remarkable new carsharing and ridesharing programs, smartphone apps and emergent automaker business models based on leasing mobility services rather than selling autos. These developments, adopting natural capitalism’s powerful “solutions economy” business model, profoundly could reduce the need for autos to yield the same or better mobility and access at lower cost.

At the same time, efficient use of electricity -- which is used three-fourths in buildings, one-fourth in industry -- is finally starting to pull out of its decades-long doldrums. That’s a big deal for saving capital and climate, because producing and delivering electricity is extraordinarily capital intensive, and classically uses two to four units of fuel at the power plant to deliver one unit of electricity. Much of RMI’s work focuses on this effort, as the late Ray C. Anderson put it, to “turn stumbling blocks into stepping stones.” Efforts such as RMI’s RetroFit initiative -- whose toolkit, portfolio challenge and training efforts steadily gain adherents -- are key levers for scaling adoption by asset owners, financiers, tenants, designers, installers and communities. Initial returns are coming in. Electric intensity (electricity consumed per dollar of real GDP) fell in all but two years since 1996, drifting down by a total of 19 percent, but in 2012 alone, before correcting for weather, it fell by an unprecedented 3.7 percent. Spending on energy efficiency programs is way up and expected to keep climbing. Between 2006 and 2010, spending on utility energy efficiency programs more than doubled from $2 billion to $4.8 billion. Lawrence Berkeley National Laboratory and the American Council for an Energy-Efficient Economy forecast spending to double again by 2025, to $9.5 billion to $10.8 billion under a medium scenario that merely maintains current energy efficiency policies. More aggressive efforts could see spending climb to $15.6 billion to $16.8 billion. Increasingly propelled by utility- and customer-financed efficiency efforts (with utilities incented by changed rules that, in 15 states for electricity and 20 for natural gas, already reward utilities for cutting customers’ bills rather than for selling them more energy), stagnant or declining electricity demand is emerging as the “new normal,” according to The Brattle Group and Deloitte.

Just the new building codes that entered force in 2011-12 in half the states almost could offset previously forecast electricity sales growth. And electricity demand consistently could shrink, dropping by one-fourth by 2050 despite a 2.6-fold bigger U.S. economy, if the lucrative efficiency gains described in “Reinventing Fire” were adopted over 20 years to the extent already achieved in the Pacific Northwest states. In sum, 2050 could see tripled U.S. energy productivity, on top of the more-than-doubling already achieved since 1975. That prize is worth trillions of dollars, with handsome financial returns -- plus even bigger non-energy benefits we didn’t count.

The business of installing solar modules is booming. Germany took it to scale -- 8 GW a year -- and installed more PVs in a single month in 2011 and 2012 than the U.S. added all year. That volume also cut the German installed system cost to half ours, even though we all buy the same equipment. If the U.S. did that too, it’d have really cheap solar power, because Germany gets about as much sun as Alaska and far less than the mainland U.S. But even so, U.S. solar prices are now low enough that photovoltaics on your roof, financed with no down payment, can beat your utility bill in over a dozen states. In fact, solar accounted for 49 percent of new electric capacity installed during Q1 2013 and all new utility electricity generation capacity added to the U.S. grid during March, according to SEIA and FERC.

In 2011, California utilities soliciting bids for solar power were offered enough to meet more than the state’s total peak load. In 2012, the solar bids accepted by utilities undercut their cost of power from efficient new gas-fired power plants. (Last month, Palo Alto’s new 30-year solar power contract cost just 6.9 cents/kWh.) Back out the temporary 30 percent solar subsidy (generally smaller than permanent subsidies to nonrenewable competitors) and you still get a price that’ll compete in a few years head-to-head with traditional generators. Indeed, it competes right now if you install as efficiently as the Germans do, or properly price carbon, or value small, fast, modular and renewable generators’ unique economic and engineering benefits. 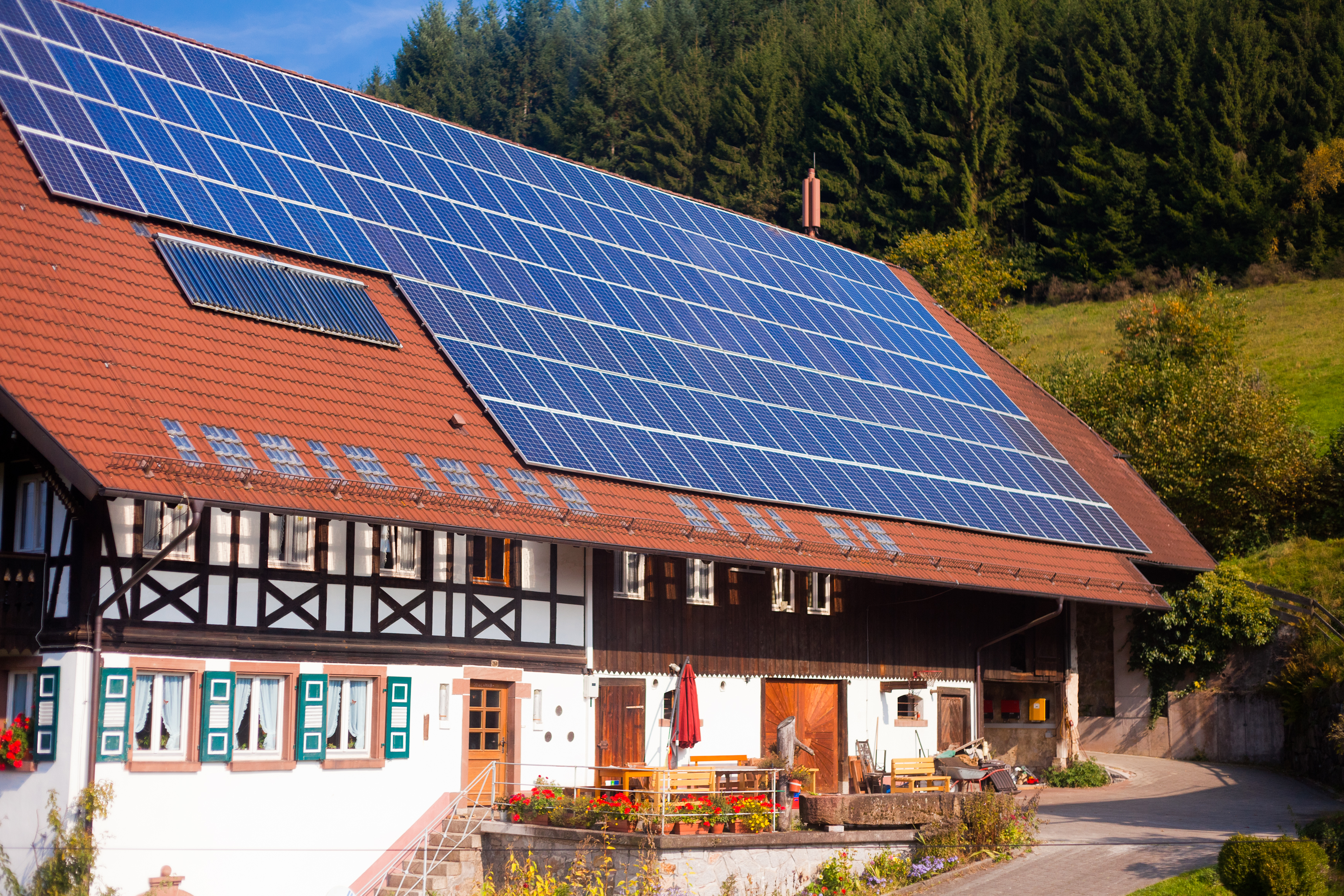 Wind power kept struggling with congressional stop-and-go policies, but notched up a record year of installations, with a strong 2013 unfolding thanks in part to the temporary extension of the production tax credit. New wind power in the windy belt across the center of the United States sold for an average of $32/MWh, ranging from about $25 to $40, after receiving that federal subsidy. Back out the subsidy, generally smaller and more transient than those to nonrenewable competitors, and you still can beat any new central thermal power plant today. (In such places as Australia and Brazil, new wind farms are already beating new coal- and gas-fired power plants without any renewables subsidies or carbon pricing.) Moreover, central thermal plants tend to get costlier, but wind power’s cost keeps dropping. Again, brutal price pressure from China, which has doubled its wind power for five years running, helps sink all prices and speed global adoption.

The bottom line: Wind power added 45 GW of global capacity in 2012, PVs about 32. These and other non-hydro renewables are continuing to win a quarter-trillion dollars’ private investment per year globally (more than all fossil and nuclear generation got) and may hit $500 billion per year or more in the foreseeable future. This is no longer a fringe activity: It’s the core of the global market and increasingly central to the United States’ energy landscape. Even so, fossil fuels enjoy hundreds of billions in global investment annually and $1.9 trillion annually in subsidies, according to IMF, so the transition is far from a foregone conclusion. But the tide may be turning.

Coal lost 28 percent of its U.S. market share to gas, renewables and efficiency just in the past seven years, 19 percent in the past two years. “Booming” natural gas, meanwhile, saw renewable energy run a close second for new installed capacity through the first half of 2012, and in the second half of the year, new installed wind capacity alone pushed natural gas into second place. In such places as California and Texas, renewables are supplying increasingly significant amounts of electricity to the grid -- in California last year, the state’s three largest shareholder-owned utilities generated 19.8 percent of their electricity from renewables, according to CPUC; Texas, leading the nation in installed wind capacity with nearly 13 GW by the end of 2012, generated more than 10 percent of its electricity from renewables in 2012, according to ERCOT, and in early 2013 was nearing 30 percent.

3. Distributed power is the future

Momentum is shifting not just from fossil-fueled power plants to renewables but also from centralized to distributed generators. The game changer here is that the means of producing electricity have shifted from slow, gigantic projects -- akin to building a cathedral -- to scaleable, mass-produced, manufactured products. A single Chinese PV factory can make several GW of PVs every year, stamping them out 24/7, just like making smartphones and PCs -- and we know what that does to prices. (China now has most of the world’s PV-making capacity, which totals at least twice what installers could use last year. That surplus crashed the price. Surprise! Some photovoltaic manufacturers were killed by Chinese competition and these lower prices, including China’s own Suntech. But China’s new 35-GW PV target for 2015 quickly will absorb the surplus.) 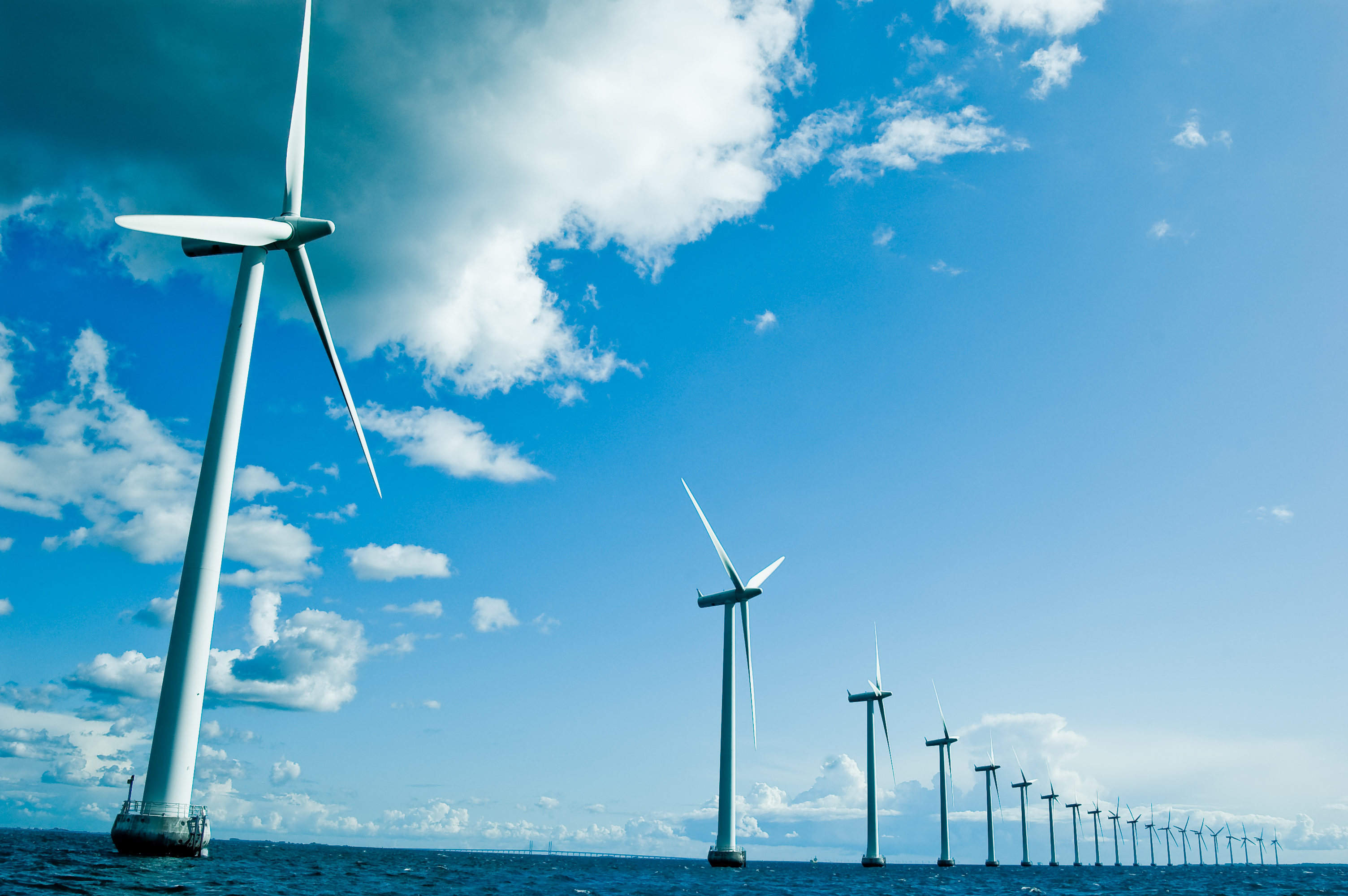 This shift keeps renewables’ prices headed relentlessly downward, and brings both the technology and its financing in reach of the masses. Denmark’s 32-year shift from centralized coal-fired power plants to distributed wind and cogeneration plants (the latter largely powered by agricultural wastes) was possible partly because 86 percent of those Danish wind machines are owned by farmers and their communities. Likewise, half of Germany’s renewable capacity is owned by citizens, cooperatives and communities, versus only about 2 percent in the corporate-centric U.S.

Crowdfunding, real estate investment trusts (REITs), potentially master limited partnerships (such as oil and gas drillers enjoy), commercial PACE bonds and the explosive growth of third-party installer/owners such as SolarCity are likewise starting to revolutionize U.S. solar project financing. More broadly, innovations in financing, business models and delivery channels are just as important and rapid as in technology, but are widely overlooked.

Distributed renewables save money, avoid price volatility and fuel insecurities, and prevent carbon emissions. But their unique strategic and marketing advantage is that if properly deployed in a largely distributed system, they can enable a resilient grid architecture (often called “netted islandable microgrids”) that makes big cascading blackouts improbable by design. This approach, already adopted by the Pentagon, would make vital power supplies resilient against superstorms, solar storms, physical or cyberattack and other risks. After Superstorm Sandy, demand for such resilience is starting to become an important market driver.

In short, a more efficient, diverse, distributed, renewable electricity system is turning the power sector upside-down. Fasten your seat belts and hang on; we’re on an exciting ride to a more secure, affordable, job-rich, climate-safe and pleasant destination than where the power industry was headed only a few short years ago. But we mustn’t take that outcome for granted. We must remain committed to tenaciously busting barriers and enabling the transformation to see it through.

This article originally appeared at the Rocky Mountain Institute's Solutions Journal and is reprinted with permission. 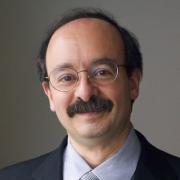