Whenever Andersen Corp. Chairman and CEO Jay Lund wants to refresh his commitment to sustainable business practices, all he has to do is look outside the 110-year-old door and window company's headquarters.

That's because its 65-acre site in Bayport, Minn., is nestled on the banks of the pristine, nationally protected St. Croix River—a home that frequently hosts nesting bald eagles. "Our deeply rooted connection to this beautiful and historic river has reinforced the importance of producing sustainable products that consume fewer resources over time, and in turn have less impact on our critical natural habitats," Lund writes in the $2 billion manufacturer's 2013 sustainability report.

Technically speaking, you could say Andersen Windows has been focused on sustainability since Danish immigrant Hans Andersen founded the company, although Midwest modesty has probably kept it from trumpeting those efforts.

Over the past decade, however, it has methodically embraced more stringent measures to reduce the impact of its manufacturing operations and its products, the large majority of which is primarily installed in houses and smaller buildings like churches, schools or apartment buildings. And you're probably going to hear a lot more moving forward: it officially appointed its first sustainability chief, Jim Weglewski (also in charge of "corporate quality"), in late 2013.

"For public companies, external rankings and investor demands naturally lead to transparency and open discourse on performance and progress," Weglewski notes in the report. "As a privately held company, we are evolving as a leader in recognizing the value of transparency outweighs the risks."

Durability is a concept that helps Andersen's executives prioritize. "When you talk to people about sustainability, they don't think 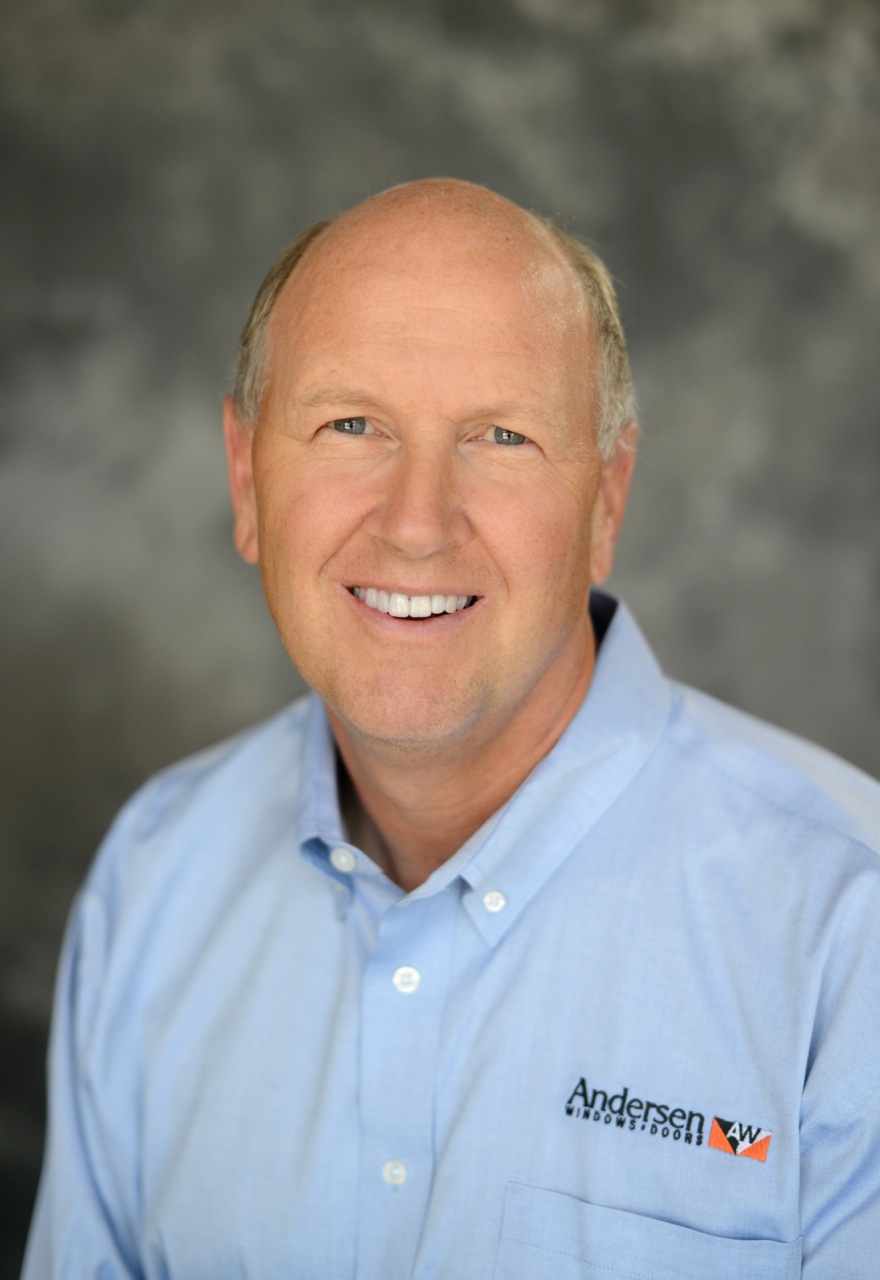 about longevity," Lund said during a recent discussion with GreenBiz. "But extending the life of products is a philosophy that applies to both how we run our business and our supply chain."

From a strategic standpoint, therefore, it won't surprise you to hear that Andersen is keenly focused on addressing energy efficiency: Lund cites figures suggesting as many as 1 billion windows across the United States don't perform up to Energy Star standards, making them eligible for retrofits.

The company is addressing that opportunity with offerings such as the 100 Series, made out of a highly durable composite material called Fibrex that includes recycled PVC and wood fiber. You can see these products in action in Yellowstone National Park, where Andersen is part of a five-year philanthropic initiative to make the park's operations more sustainable.

At the high end of its product line, innovation is in lockstep with the real estate and construction industry's concern over the heightened frequency of extreme weather events, such as hurricanes. One of Andersen's answers to this is Stormwatch, an impact-resistant design able to withstand objects flying at up to 200 miles per hour. "The window is no longer the weak link in the building envelope," Lund said.

You'll also hear the Andersen team talk much more about the circular economy: the reality is that in order to encourage residential retrofits, the company needs to provide better services related to collecting what's being ripped out of homes and transporting it to facilities where it can be processed for reuse. Unlike Europe, the United States has few resources in place to handle today.

"We are working on our own with salvage houses and recycling operations," Lund said. "It's still very experimental, and we haven't been able to scale. That's why durability is important."

So is training in these practices across the company's expansive dealer and installer network, which is why it created the "Renewal by Andersen" certified installation process. Want a warranty? You'll need to invest in proper installation.

Even though it is a private company, Andersen's latest report provides some great statistical and anecdotal details about its performance against its own environmental goals. For example, the company is recycling and reusing 8.2 percent of the water used across its operations; during 2013, it reduced its carbon dioxide emissions by 19,462 metric tons.

There's also some great anecdotal information highlighting newer experiments centered on recycling and reuse. For example, wood ash from the Bayport steam generation facility is now used by local farmers as a soil supplement, where it in some cases has increased yields by up to 30 percent. Sawdust and wood shavings are diverted to livestock ranches for bedding. Even the plastic bands used on lumber pallets have found a second life: they're cut up and used as filler sold to other industries for reuse.

Andersen also is improving the efficiency of its 325-vehicle-plus truck fleet, using PeopleNet telematics technology, and where possible, it is converting vehicles to compressed natural gas. Is there a justification for doing so? Lund believes there is: "Sometimes you have to get out in front of these things before there is a solid business case, just to get things going."

Why corporate partners are essential for Third Derivative, a new climate-tech support network

Is 'regenerative ocean farming' on the blue horizon?