<p>The clothing manufacturer's head of sustainability talks about the rules of engagement for weaving environmental initiatives throughout a recently restructured century-old brand.</p>

How do you build a world class sustainability brand in under five years -- especially when you have little public name recognition and are just emerging from a restructuring?

Caterina Conti heads the sustainability initiative as EVP, Chief Administrative Officer and General Counsel of Anvil Knitwear, Inc., which began reinventing itself in 2007.

Acknowledging this is hardly an exhaustive list of stakeholders, she offers tips on how to engage five key groups, including: 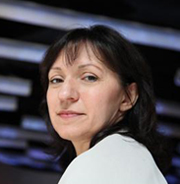 Just three years into the reinvention, Anvil, a more than century-old brand, last year (2010) was recognized as a top sustainability change leader by the Foundation for Social Change and the UN Office for Partnerships. The company's first sustainability report published in 2010 was recognized by CERES and ACCA as Best First Report.

Some five years ago, as the small, privately held, largely B-to-B apparel company was coming back to life, Conti was brought in to help restructure the legal department, as Anvil sought to redefine itself. "We all recognized the old ways weren't working," Conti says.

As part of "finding a purpose for being in this marketplace," Conti says the CEO and management team envisioned a sustainability mission for the company. One of the first steps toward change was to "assess Anvil's issues as an apparel company and identify organizations to guide us to a more sustainable future on the social, environmental and product sides," says Conti.

Those needs were all the more urgent, mainly because in 2006 Anvil already had decided to build an operation offshore in Honduras, focusing company attention on how to: build a factory with maximum energy efficiency; create effective social policies and procedures; and, at the same time, manufacture and introduce organic cotton products.

The initial assessment included drafting an environmental statement of policies that developed "into a robust platform encompassing everything we do," she says, as well as defining a course of action, which, in retrospect, Conti outlines as five principles:

1) Make sure your CEO is behind the sustainability program. In Anvil's case, the CEO took the lead. Recognizing the company's challenges and opportunities at its new factory in Honduras, he saw the wisdom of building an energy-efficient factory; framing fair social policies and practices for employees and communities; and manufacturing products with organic materials.

2) Make sure you have a finance person involved. "Sustainability information shouldn't be presented any differently from other ROI business measures," Conti says, noting that decreasing energy, waste and water in the company's operations were easy-to-grasp cost reductions that made financial sense. Anvil was able to introduce its organic cotton products to blue-chip B-to-B customers for considerably less than competitors.

3) Find organizations and peers to help guide you in building the environmental, social and economic pillars of your company's sustainability goals. "If your company has an issue, trust me, someone else will have been working on it," Conti says. Anvil benchmarked with peer companies it aspired to emulate, such as Nike, Patagonia and Timberland; it also initially aligned with CERES on the environmental side, Social Accountability International and WRAP on the social side, and the Textile Exchange (then called the Organic Exchange) on the product side to help guide it through internal assessments and develop management systems and reporting mechanisms.

4) Train and reward your employees and suppliers. Anvil developed extensive in-house training to engage its employees, from managers to factory workers, as well as suppliers, such as farmers. For instance, shifting to organic fibers entailed significant changes at plants; now workers are "experts," she says, and cut-and-sew operators get bonuses based on more efficient manufacturing. There are employee task forces at all major facilities, too.

5) Engage your customers. "Ultimately, we have to make this relevant to our customers," Conti says of Anvil, which, in its B-to-B operations is removed from the end consumer. Conti was able to draw on her background in digital media (she worked at iVillage, the web site geared to women, that eventually was sold to NBC) to help direct development of digital tools for that market, including information about a product's organic materials, certification processes, supply chain journey, CO2 footprint, and the like.

Going forward, Conti identifies several top sustainability issues for the company and the industry alike, including: fiber and raw materials; water reduction; use and impact of chemicals and dyes.

And on the social side? "We're 77 percent unionized, so social issues are critical," she says, adding: "We believe the environment is a social issue."