An appetite for change: Local solutions to cut food waste

Two out of every five plates goes to waste; 40 percent of the U.S. annual food supply goes uneaten, according the Natural Resource Defense Council. To put a price tag on that, as a nation, we’re throwing out the equivalent of $162 billion each year, or roughly $1,500 a year lost on uneaten food for the average American family.

This food waste also incurs an environmental burden. About 25 percent of U.S. water supply goes to produce food that never gets eaten. In terms of air quality, this waste has a carbon footprint that matches the greenhouse gases from 33 million cars.

Certainly nothing is funny about those numbers, but as comedian John Oliver aptly put it, "At a time when the landscape of California is shriveling up like a pumpkin in front of a house with a lazy dad, it seems especially unwise that farmers are pumping water into food that ends up being used as a garnish for landfills."

Government leaders in Sacramento, Washington and beyond are beginning to set goals to curb this wastefulness, and encourage local action by residents and businesses.

In September, Agriculture Secretary Tom Vilsack and EPA Acting Deputy Administrator Stan Meiburg announced a goal to reduce food waste across the country by 50 percent by 2030.

"The United States enjoys the most productive and abundant food supply on earth, but too much of this food goes to waste," Vilsack said. "Our new reduction goal demonstrates America’s leadership on a global level in getting wholesome food to people who need it, protecting our natural resources, cutting environmental pollution and promoting innovative approaches for reducing food loss and waste."

We’re throwing out the equivalent of $162 billion each year.

The U.S. isn’t the only country recognizing the growing need to address food waste. France recently established a National Pact to cut food waste in half by 2025. The Consumer Goods Forum has matched that goal of reducing food waste through its industry membership of 400 food retailers and manufacturers across 70 countries by 50 percent by 2025.

Later this month, the United Nations will ask countries to adopt the Sustainable Development Goals for 2030, one of which includes an element to cut "per capita global food waste at the retail and consumer levels" in half, and "reduce food losses along production and supply chains, including post-harvest losses."

At the state level, the California Air Resources Board last month announced a push to halt disposal of nearly all organic waste by 2025. The shift likely will require building new processing facilities, prod cities and counties to develop ways to collect it, and add an extra trash-sorting step before Californians drag bins to the curb.

During the 2014 legislative session, Gov. Jerry Brown signed a law (AB 1826) that sets a statewide goal of recycling or composting 75 percent of all waste materials by 2020 and requires businesses to recycle their food waste beginning in April.

Organic matter already makes up nearly half of California’s solid waste, and the total amount of solid waste is projected to reach 80 million tons by 2020. To reach our 75 percent diversion target, an additional 23 million tons will need to be recycled, reduced or composed in 2020. For the average Californian, that means translated to about eight pounds a day.

We are far too advanced, in terms of technology and our awareness of climate change, to let this material rot in landfills and generate enormous amounts of methane.

Starting next year, cities and counties must have plans in place to manage the flow of commercial organic waste, including food scraps from restaurants. That mandate illuminates a broad underlying need: finding a place to put it.

Facility capacity and proximity are obstacles to our desire to prevent food and plant waste. Unlike most instances for recyclable materials as glass and metal, it can be more difficult and more expensive to transport organics because there are often no comparable facilities nearby — which also increases the vehicle miles traveled and consequently the amount of greenhouse gas emissions.

Facilities scattered around the state can absorb only one-third to one-half of the 10 million tons of food and plant matter that end up in our landfills every year, according to CalRecycle. Just as troubling, the capacity of that infrastructure barely has budged in the past decade.

In Alameda County, large volumes of organic waste already are barred from entering landfills. Many businesses must recycle their food waste, and residents are provided special food scrap bins to separate organics from the garbage stream that goes to landfills.

The region’s waste managers say they have enough facility space for now, but they recognize that could change.

"We’re aware it could be a problem if the whole state mobilizes, so we’re going to continue to talk to people about facility development," said Gary Wolff, executive director of StopWaste, Alameda County’s public agency for recycling and waste reduction, in a recent Sacramento Bee article.

Building waste-processing facilities such as composting sites entails navigating a complex regulatory process that includes specific siting rules and protections for local water supplies. It also costs money. Some funding could come from California’s new cap-and-trade program — $30 million has been allocated to CalRecyle this year.

Composting the waste is one option. Napa has the advantage of a county-owned composting facility. Davis, which collected 255 tons of food scraps from businesses and schools last year and is planning to have residents separate their food waste into special bins starting next summer, sends its organic matter to a private composting outfit in Lathrop.

Other cities and counties are hoping to use anaerobic digesters to convert the organic waste into biogas that can be used for fuel or electricity. That strategy reduces greenhouse gas emissions and potentially captures significant economic value in the process.

From developing composting ordinances to siting composting or anaerobic-digestion facilities, and from removing local barriers to food donations to changing municipal food-procurement policies, local governments will play a critical role in the future of food-waste prevention.

The social tragedy in this epidemic of food waste is that millions of people are going hungry every day. It doesn’t make sense, and it’s not acceptable.

While food is the single largest contributor to landfills today, one in six Americans doesn’t have a steady supply of food.

In the heart of the Central Valley, the nation’s largest food-producing region, Fresno is the second most food-insecure metropolitan area in the U.S. Nearly one in four of its residents live without reliable access to a sufficient quantity of affordable nutritious food.

Fresno Metro Ministry has started "Food to Share," a new community food systems project that seeks to divert edible food "waste" (before it becomes waste) from large sources — local supermarkets, restaurants, food distributors, hospitals, cafeterias, farmers’ markets, food-service facilities, growers and packers, gleanings and food institutions — and share it with churches, food kitchens, pantries and distribution centers. The food that isn’t edible will be diverted from the landfill and turned into renewable energy through a partnership with Colony Energy.

Fresno Metro Ministry says building an effective communication network among food donors and recipient organizations that can fully use rescued food to help feed disadvantaged communities is an essential part of "Food to Share."

Early next year, its new website will let member donors instantly notify (via email and text message) food recipient organizations about available food, which they can claim electronically. The weight and type of food claims/deliveries will be documented for tax deductions and to verify emissions reductions. For example, one ton of rescued food equals 1.5 tons of reduced greenhouse-gas emissions.

The "Food to Share" initiative is supported by cap-and-trade funding through a grant from CalRecycle.

The imperative for closing the food-waste loop also has social ramifications.

Last year, more than 48 million Americans lived in food-insecure households (14 percent of all households), including more than 15 million children. Perhaps not surprisingly, households that had higher rates of food insecurity than the national average included households with children, black and Hispanic households and seniors (9 percent of all seniors in 2013).

As we must find innovative strategies to mitigate and adapt to climate change, eliminating food waste also offers many environmental benefits.

"Landfilled food and other organic materials produce methane, a major contributor to climate change," said Assemblymember Wesley Chesbro, who authored California’s legislation (AB 341 and AB 1826) that set the 75 percent target and the 2016 mandate for local jurisdictions to implement organic waste recycling programs. "Methane is a greenhouse gas that traps 21 times more heat than carbon dioxide, the greenhouse gas created by the burning of fossil fuels."

"In the near future, the concept of letting millions of tons of plant trimmings and food scraps rot in a landfill will be seen as an antiquated notion, similar to the 19th-century practice of dumping waste directly onto our city streets," said Nick Lapis, legislative coordinator for Californians Against Waste. "We are far too advanced, in terms of technology and our awareness of climate change, to let this material rot in landfills and generate enormous amounts of methane, especially when we know we can turn this so-called ‘waste’ into valuable compost and a source of bioenergy." 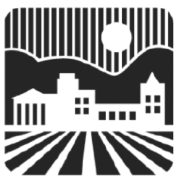 See all by Local Government Commission