LED lights atop the Empire State Building are glowing green again to mark Climate Week in New York City. Scores of events and announcements are unfolding at the eighth annual collection of sustainability-focused events.

This year, bigwigs in business, government and nonprofit circles are setting a special focus on advancing the goals set forth by the Paris Agreement nine months ago. The United States and China ratified the pact earlier this month, joining 24 other nations. The agreement will come into effect once countries adding up to 55 percent of global emissions ratify it; the level today is at 38 percent.

Here's an early look at the biggest news releases issued so far.

The Renewable Energy 100 coalition welcomed new members, including Amalgamated Bank, Apple, Bank of America and General Motors, all pledging to transition fully to renewable energy. RE100 is backed by the Climate Group, CDP and We Mean Business. Here's the full list of members.

“It makes business sense for companies to pursue the use of renewables because it improves the bottom-line and takes advantage of energy cost certainty for long-term planning,” said David Tulauskas, GM's sustainability director, in a statement explaining the motivation. The graphic below from RE100 breaks down its plans. 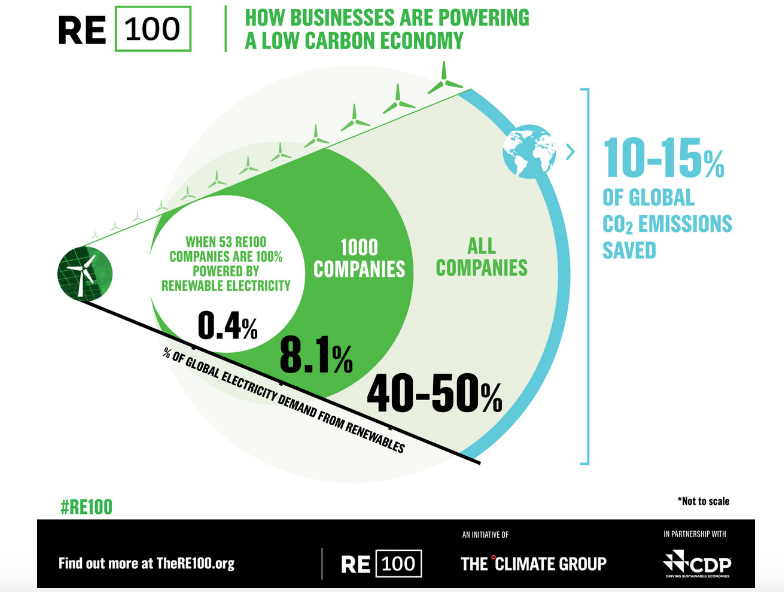 Apple has already been working for years toward a 100-percent-renewables goal. The tech titan says last year it reached 93 percent renewables overall, including at every data center (and in all U.S. operations in 2014). Today Apple extended the vision to faraway supply chain partners, describing itself to Fortune as a "specialty consultant" on clean energy. Apple aims to help both Solvay Specialty Polymers, a Belgian maker of antenna bands and Catcher Technology, a Chinese producer of iPhone components, to adopt renewables by 2018.

Apple also shared that it's partnering with Arizona utility Salt River Project on a PV solar plant that feeds into that local grid, home to an Apple facility. Apple continues to set itself apart from other corporations with its clean-energy pursuits, which include getting approval this summer to sell the energy it produces. (Find clues about Apple's current path as sustainability lead and former EPA chief Lisa Jackson explained to GreenBiz Co-Founder Joel Makower at VERGE 14.)

For those with mature carbon-pricing aspirations, the CDP issued the report Monday, "Embedding a carbon price into business strategy" (PDF). More than 1,200 companies disclose their carbon pricing plans or existing practices to the CDP. Among those, 140 go further, "by embedding a carbon price deeper within business strategies and operations to help take tangible action on climate change," says the CDP. In 25 pages rich with charts, the group explains how the trend is unfolding, sector by sector around the globe. Below is a breakdown by sector. 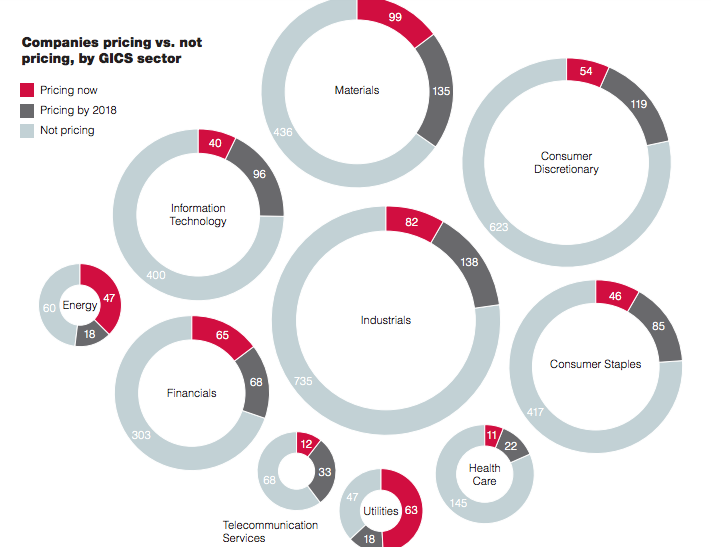 SDGs, what has business done for you lately? It's been nearly a year since the U.N. adopted its 17 Sustainable Development Goals. DNV-GL set forth in its 136-page report, "Future of Spaceship Earth," to examine 17 corporations ahead of the pack on the sweeping goals that include eliminating poverty, conserving ecosystems,  ensuring access to clean energy and advancing the rights of women and indigenous people.

"For the most part, business has the technology, people, and processes to rock the world," says DNV CEO Remi Eriksen in the map-laden report. "The challenge, therefore, isn’t the ‘smarts’, it’s the take-up of the solutions proposed and piloted – the real scaling of these interventions. That is the primary purpose of this publication: by vividly showing what business is achieving at the frontier of environmental and social progress, we hope to educate, to inspire further leadership by thousands of other businesses, and to encourage rapid learning." 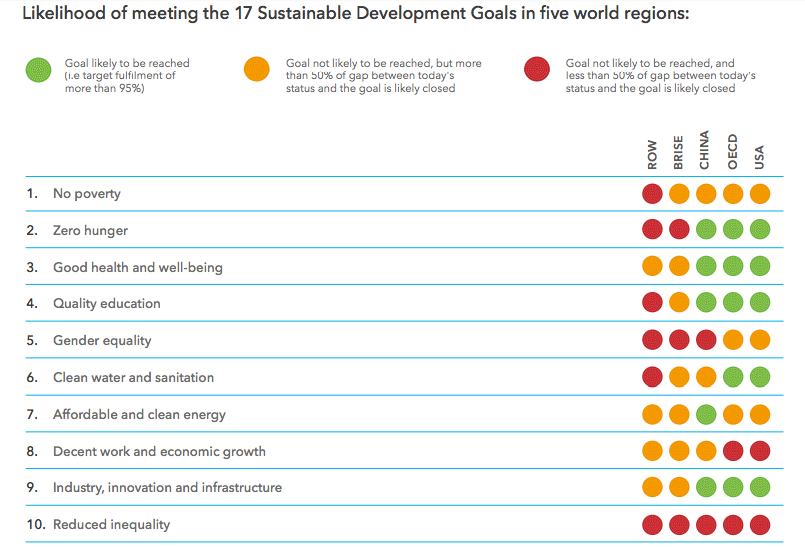