Tech companies eyeing the converging markets for electric and self-driving cars could transform the carbon footprint of transportation systems.

It's official. After months of secretive pilot projects, Apple on Monday became the latest tech company to declare its ambitions in the notoriously low-tech transportation sector.

Following recent revelations that the consumer electronics giant conferred this summer with California self-driving car regulators, the Wall Street Journal reports that Apple is targeting 2019 for the release of an all-electric car.

"Apple’s commitment is a sign that the company sees an opportunity to become a player in the automotive industry by applying expertise that it has honed in developing iPhones — in areas such as batteries, sensors and hardware-software integration — to the next generation of cars," MarketWatch explained.

Exactly what the next generation of cars might actually encompass, however, remains a matter up for debate.

The boom in auto technology that started with fancy in-car navigation and entertainment systems ("infotainment," in industry speak) has expanded in recent years with the advent of new types of mobility-as-a-service offerings.

Well-heeled ridesharing startups, such as Uber and Lyft, have blown open the market first cracked by carsharing companies such as Zipcar and Daimler-owned Car2Go. Their pitch: the convenience of a car without actually having to buy (or park) a car.

Add to that new breakthroughs in hardware, namely with electric vehicles and autonomous control features, and the cars of the future start to look and drive very differently.

While the idea of self-controlled, clean energy-powered pod cars that pick drivers up on demand increasingly permeate the mainstream, analysts say they're likely a decade (or several) off.

Still, that vision — at a time when urban populations are booming and cities, states and businesses face increased pressure to rein in their carbon footprints — could represent a turning point for the predominant model of personal car ownership, and the environmental impacts that come with it. 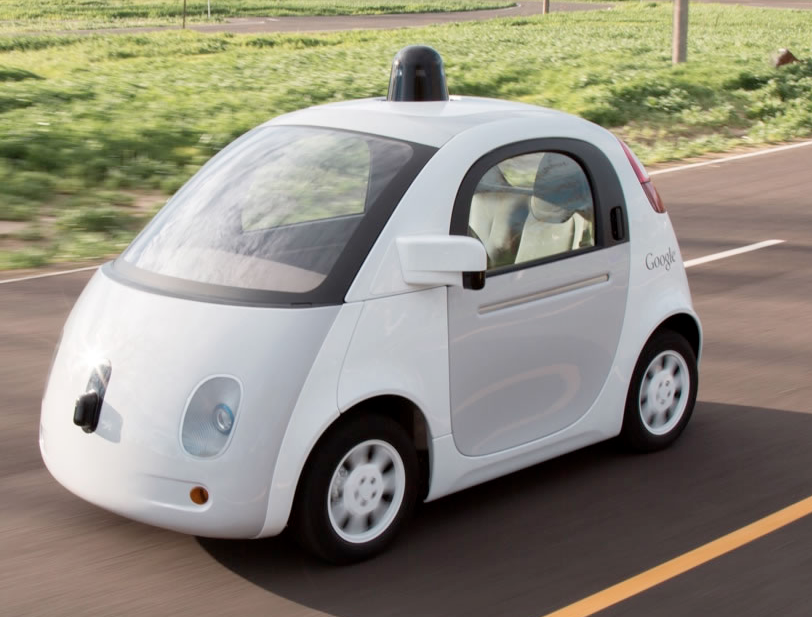 The question now, for Apple and transportation tech rivals such as Google, Tesla and Uber (not to mention traditional car companies rushing to keep pace): if and how parallel breakthroughs in electric vehicles, autonomous vehicles and shared transportation services might ultimately merge.

"I do see a lot of indications, particularly in the discussions about smart cities, that there could very well be convergence," Susan Shaheen, director of Innovative Mobility Research at UC Berkeley's Transportation Sustainability Research Center, said during a recent panel discussion organized by the California Public Utility Commission.

Although Apple's first EV is not anticipated to be fully autonomous, according to the Wall Street Journal report, the company hopes to add the capability down the road.

Hear more from Susan Shaheen on the future of shared mobility Oct. 26-29 at VERGE in San Jose, California.

Despite a head start in the auto market, Tesla CEO Elon Musk also recently danced around analyst questions about whether his company will look to blend disciplines by establishing a shared electric autonomous vehicle offering. Partnering with a ridesharing startup such as Uber is another option.

In the meantime, Uber is covering its bases by hiring new technical talent and partnering with the University of Arizona on self-driving car research.

And that's just recent history by Silicon Valley standards. Way back in 2012, Google Founder Sergey Brin set an optimistic goal for getting autonomous vehicles on the road by 2017. The company so far has piloted electric autonomous vehicles, but commercialization of that technology is far from guaranteed.

“Our prototype vehicles are fully electric," said Sarah Hunter, head of policy for Google X, at the CPUC event. "That’s not to say the eventual vehicle that we mass manufacture won’t be a hybrid. I don’t know. We’re not in the stage of designing that yet."

Beyond the crucial question of how next generation cars will be powered, uncertainty remains about how new mobility services and autonomous vehicles could affect the bigger transportation picture, from number of vehicle miles traveled to commute times and gross automobile emissions.

A central environmental argument for both shared car services and autonomous vehicles is efficiency: increasing usage of cars that otherwise would sit in garages or parking lots and, if passengers are willing, better arranging carpools to common destinations.

"What we’re going to have is people who are locked at home able to get around for the first time," said Google's Hunter. "That’s a great outcome from an equity perspective. From a number-of-cars-on-the-road perspective, not so great.”

Research completed to date by UC Berkeley's Shaheen shows that overall, each shared vehicle in North America reduces the need for nine to 13 personal cars, though the market continues to evolve quickly.

Skeptics also wonder how much of the corporate rhetoric about getting cars off the road is feel-good marketing. In other words, how many customers using mobility services might have opted — in the absence of cheap and convenient car rides — for public transit, a bike ride or another non-car trip?

As government officials in places such as New York City already have started to realize, the best way to quantify these dynamics is to look at the data. The problem, to date, has been that such data is usually held by private operators such as Google, Uber, Lyft and Zipcar, making it difficult for both policymakers and the public to glean the overall picture.

That's where emerging technology markets for vehicle-to-vehicle or vehicle-to-infrastructure communication increasingly come into play. The idea is that Internet-enabled connected cars can transmit data to sensors on other cars, buses or roads for purposes including collision avoidance and traffic monitoring.

"It’s not a technology for the sake of technology. It can help us alleviate congestion, it can help reduce energy use and emissions," he said. "But it can only confer these benefits if the vehicles are connected, which means they are able to communicate and coordinate."

Google, for one, is skeptical of this approach. The company built its current laser- and sensor-equipped autonomous cars to operate indepedent of such networks.

“We couldn’t wait for every city in the world to fit sensors on their traffic lights or every other vehicle on the road to communicate with ours," Hunter said. "We’d be waiting forever.”

To that end, she added, Google aims to minimize all infrastructure barriers for self-driving cars. One possibility is building on top of growing EV charging networks.

“There’s nothing bespoke or unusual about the charging requirements," she said of Google's self-driving cars, citing a corporate belief: “We shouldn’t be building cars that require an infrastructure change."

It's not every day that two of the most talked-about tech companies in the world volunteer to detail their plans for one of the world's most talked about emerging markets.

Still, that's what happened when the companies joined speakers from the California Public Utility Commission and the California Department of Motor Vehicles for a discussion in San Francisco earlier this month.

In the absence of federal policies for how automakers (and tech companies aspiring to become automakers) should implement self-driving vehicles, the California state agencies have found themselves in the unique position of crafting state rules that very well could guide subsequent nationwide rules.

“Typically this is done at the federal level," said Bernard Soriano, deputy director of the California DMV, at the recent panel discussion in San Francisco. "States are being put into the position to actually develop those regulations."

While a lack of regulation for emerging markets is by no means unprecedented — think ridesharing and drones, for two other transportation examples — standards for self-driving cars will be particularly important as automakers look to phase in more advanced autonomous controls.

The biggest problem, representatives from both tech companies and outside agencies agreed, is the gray areas in between zero vehicle autonomy and full autonomy, where humans are still relied upon to intervene if the system malfunctions.

“There is the potential for drivers not to understand the limitations of the system," Shladover said. 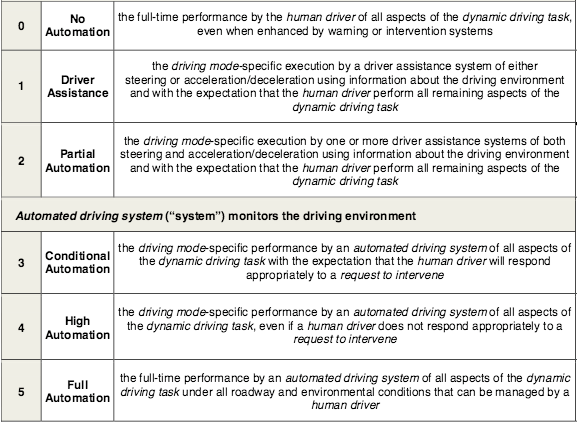 First and foremost is the issue of accident prevention, as self-driving cars rely on algorithms to respond to everything from pedestrians to potholes to extreme weather.

"The technical challenges are huge," Shladover said. "It’s nearly impossible to design and specify for every situation the system is going to encounter."

Hunter contends that while no car will be able to "break the laws of physics" — meaning that accidents still will occur no matter how many sensors are added — self-driving cars have the potential to drastically reduce the frequency of injuries or deaths.

But also at issue are broader economic development and city planning challenges.

Retrofitting cities for a scenario where drivers wouldn't need to control their cars at all times, perhaps making traffic lanes smaller or increasing the density of parking garages, for two small examples, could become imperative.

Staffing up for a vastly different transportation sector is another matter, and one already eliciting anxiety from groups including the CPUC.

“This is a decades long process," said Ashwani Chhabra, policy director for Uber. "We’re going to need drivers for a long time."