In October, Apple‘s Vice President of Environmental Initiatives Lisa Jackson told a GreenBiz audience that the Silicon Valley tech giant is “swinging for the fences” on sustainability and renewable power.

On Tuesday, Apple made good on Jackson’s promise — and then some — by announcing the largest commercial purchase of solar power ever with an $848 million deal with First Solar to buy the electricity generated from a huge solar farm the equipment firm is building in California. 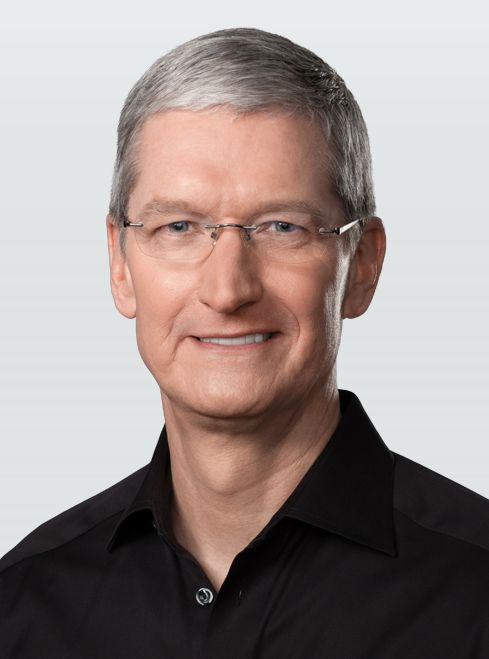 Apple
Apple Inc. CEO Tim Cook.
“We know at Apple that climate change is real, and our view is that the time for talk has passed and the time for action is now,” Apple CEO Tim Cook told an investor audience at the Goldman Sachs Technology and Internet Conference in San Francisco.

Adding that Apple already powers all of its data centers with renewable energy and is building a state-of-the-art green headquarters (albeit one removed from public transit) in Silicon Valley, he went on to describe the details of the plan.

"Just today we’re announcing our biggest, boldest and most ambitious project ever, partnering with First Solar to build a solar farm, in Monterey County, not too far from here," he said. "It’s 1300 acres. It’s enough power for almost 60,000 California homes, and it’s enough to provide renewable energy for all of our new campus,” as well as all its other California offices, a large data center and the 52 Apple retail stores in the state.

Apple already owns the largest private solar facility in the country in North Carolina and is building another solar farm in Arizona. The company also has invested in wind, fuel cells and hydropower.

The tech company expects to draw 130 megawatts a year from the First Solar farm in Monterey, while another 150 megawatts will be sent to the grid of Pacific Gas & Electric, Northern California's utility. In all the farm covers 2,900 acres, First Solar said, and should be completed in 2016. Work is slated to begin in a few months.

To hear the energy provider behind the massive new solar deal tell it, the entire 280-megawatt farm might not have happened without Apple's financial infusion.

"Apple's commitment was instrumental in making this project possible and will significantly increase the supply of solar power in California," said Joe Kishkill, First Solar's chief commercial officer, in a statement following Cook's announcement. "Over time, the renewable energy from California Flats will provide cost savings over alternative sources of energy as well as substantially lower environmental impact."

Lest the investors at the Goldman Sachs conference get all worried about Apple spending big on trendy renewable energy, Cook spoke frankly about the cost-benefit dynamics of the deal.

“Quite frankly we’re doing this because it’s right to do, but you may also be interested to know that it’s good financially to do it,” Cook told the crowd at Goldman Sachs, according to a transcript.

Apple's stock soared $2.30 a share or nearly 2 percent to $122 after Cook's speech, although he covered many other subjects too, such as the anticipated Apple Watch.

“We expect to have a very significant savings because we have a fixed price for the renewable energy, and there’s quite a difference between that price and the price of brown energy," Cook continued.

That, according to First Solar, is the assurance other companies need to hear.

"Apple is leading the way in addressing climate change by showing how large companies can serve their operations with 100 percent clean, renewable energy," Kishkill said.

Indeed Apple’s $848 million investment gives a boost not only to renewable energy, but to solar farms, which have had a mixed reputation after the environmental problems caused by the world's largest solar farm, the Ivanpah project in Southern California.

The more aggresive move into solar also throws a gauntlet to other big companies to move faster into renewables.

In recent months, Google, Amazon, Salesforce, Facebook and others have committed to going 100 percent renewable in their data centers in the future.  Those future scenarios range from a date to eventually. Amazon has committed to switching its Web Services business to renewables. That would be significant, since Amazon Web Services powers Netflix, Pinterest, Spotify, Airbnb and other heavy traffic web sites. But Amazon hasn't said when.

Greenpeace also has given mediocre grades to many other tech companies for how they power their data centers.

Apple, Google and the evolving economics of energy