The tech giant will add 200 megawatts of solar capacity and work with suppliers in China to boost energy efficiency.

Apple is taking further steps to reduce the environmental impact of its huge Chinese supply chain, with plans announced today to build 200 megawatts of solar farm capacity across the country and work with partners to boost manufacturing efficiency.

Apple said its Chinese stores and offices are already powered by 100 percent renewable energy and qualify as "carbon neutral." However, its supply chain remains a major source of emissions with many of its suppliers' factories powered through fossil fuels.

The company has announced that it will attempt to tackle this carbon footprint by building more than 200MW of solar power projects in northern, eastern and southern grid regions of China in a bid to offset its supply chain emissions. It also will work with supply chain partners to drive up energy efficiency across their facilities, the company said.

Apple's latest sustainability report shows its own facilities account for just 1 percent of its annual greenhouse gas emissions. Manufacturing makes up the lion's share of its 24.8 million-ton carbon footprint, which is equal to 72 percent of its global emissions.

The tech giant predicted the two new programs together would avoid more than 20 million tons of greenhouse gas emissions in China between now and 2020. 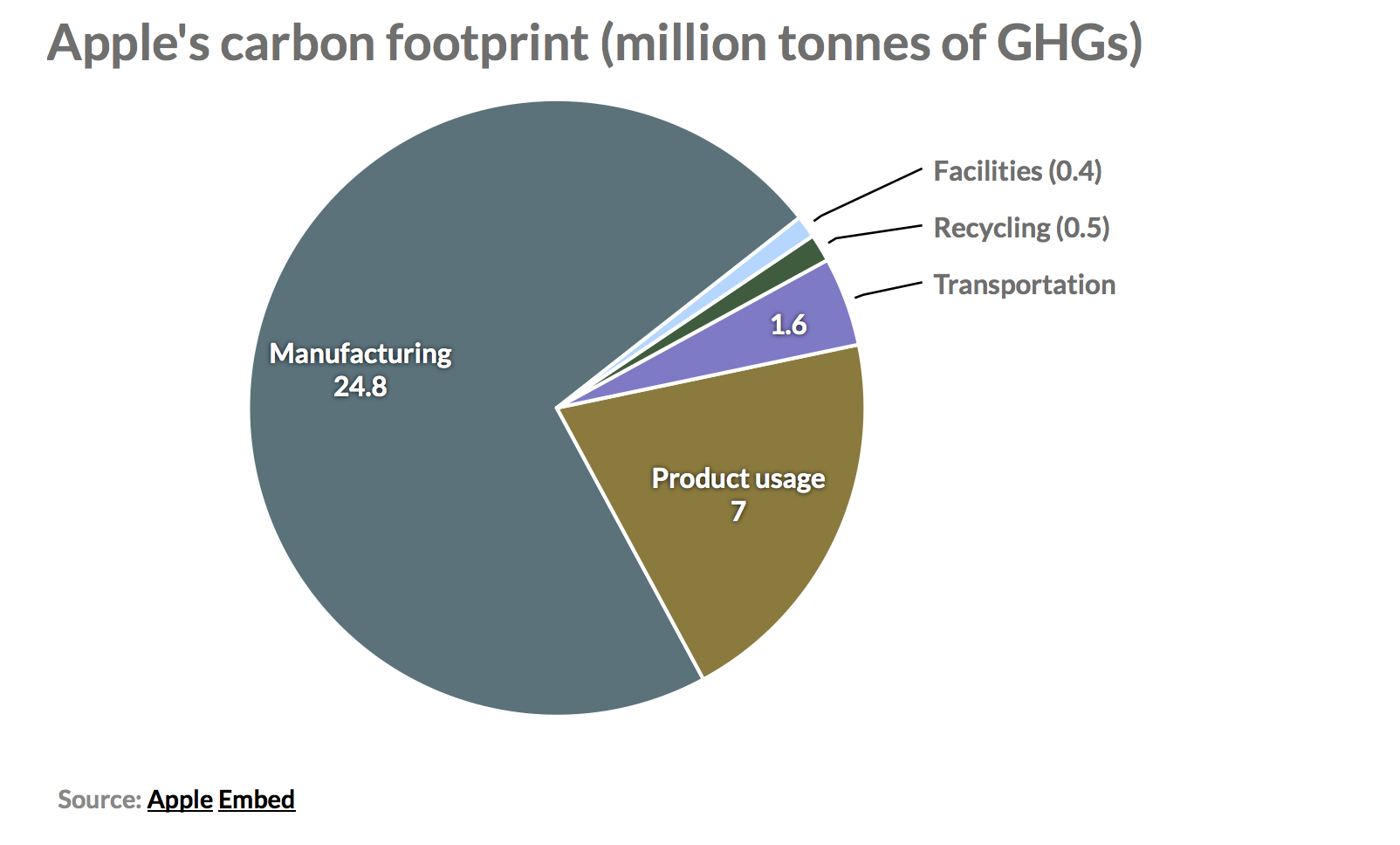 "The transition to a new green economy requires innovation, ambition and purpose," he said in a statement. "We believe passionately in leaving the world better than we found it and hope that many other suppliers, partners and other companies join us in this important effort."

In addition, one of the company's main suppliers, Foxconn, announced plans to build 400MW of solar capacity by 2018, which will take it towards its goal of generating as much clean energy as its Zhengzhou factory uses in the final production of the iPhone.

The news was welcomed by Greenpeace USA senior IT sector analyst Gary Cook, who said Apple was leading the IT sector in tackling climate change.

"We need governments and companies to transition us to renewable energy as rapidly as possible, and Apple's announcement today is a major step forward in building a renewably powered supply chain for its products," he said in a statement. "We have seen Apple lead the sector in building a renewably powered Internet, and hope that Samsung, Microsoft and other IT companies will follow their lead in manufacturing their cutting-edge devices with a 21st century energy supply."

How to invest in green bonds

See all by Jessica Shankleman