When it comes to environmentally responsible packaging, Apple is not feeling boxed in.

The tech giant has just announced the latest expansion of its sustainable forestry strategy, aimed at protecting or creating enough responsibly managed forests to offset its packaging footprint. Late last week, it said that the Forest Stewardship Council had certified 320,000 acres of working forest that the company supports in China, enough to cover all its product packaging.

In 2015, the company committed to protect responsibly managed working forests and announced a five-year partnership with World Wildlife Fund (WWF) to transition up to 1 million acres of forest, across southern provinces of China, into responsible management by 2020.

"We found that the Chinese were willing to be wonderful partners, both on the private- and public-sector side because they have a real appreciation for the forest resource," Lisa Jackson, VP of Environment, Policy and Social Initiatives, told me.

Given the growing interest in sustainable forestry by companies seeking to reduce their supply-chain impacts, I asked Jackson to reflect on what Apple learned working in China.

"One of the learning lessons is to work with folks on the ground with real experience in China," she said. "WWF is that, but part of the reason WWF is so respected in China is that they are local. They are hiring local Chinese foresters and experts and water managers. They work with landowners, and again, one of the entities is even a state government entity.

"And they're showing that you can have economic growth, and you can harvest this land and still make money, which is very important still in a developing economy like China. Parts of China are still very much in a development situation. And so you can make money, but you can also preserve the natural environment and all the biodiversity that goes along with it."

Apple also released the latest in its animated video series, part of an innovative and decidedly un-Apple communications strategy, highlighting its forestry strategy. The new installments build on a series the company released in April illustrating voices of real-life Apple employees engaged in sustainability initiatives. The videos were created by animator and illustrator James Blagden, perhaps best known for his Dock Ellis & The LSD No-No short on how a Major League Baseball pitcher threw a no-hitter while on LSD.

Apple's first five videos, each about a minute long, focused on zero-waste factories, solar farms in China, demanufacturing iPhones via the LIAM robot, the company's new Apple Park headquarters and how the company manufactures human sweat in order to test the impact of wearable technology on human health.

Apple's marketing team, Jackson explained, "came up with the idea of these little shorts that would be easy to share on social media with friends, and that would tackle one of these subjects and sort of put a little bit more meat on the bones of what it means to make the kind of commitments Apple's made around 100 percent renewable [energy], around our paper footprint, around the circular economy, but do it in a way that gave you the voice of the people at Apple who are really doing the work.

"The idea of the circular economy, or the idea of really thinking about the resource value of trees and how that relates to our packaging — those can be pretty dry to explain. You kind of lose the average consumer, or the average user, somewhere after the first couple of sentences."

The videos are part of an effort Jackson began when she arrived at Apple in 2013 to help tell the company's environmental and social responsibility stories. Up to then, and especially under co-founder Steve Jobs, the company had been notoriously tight-lipped about what, if anything, it had been doing to address climate change, e-waste, toxic substances, factory working conditions and other issues of growing concern within the tech industry. 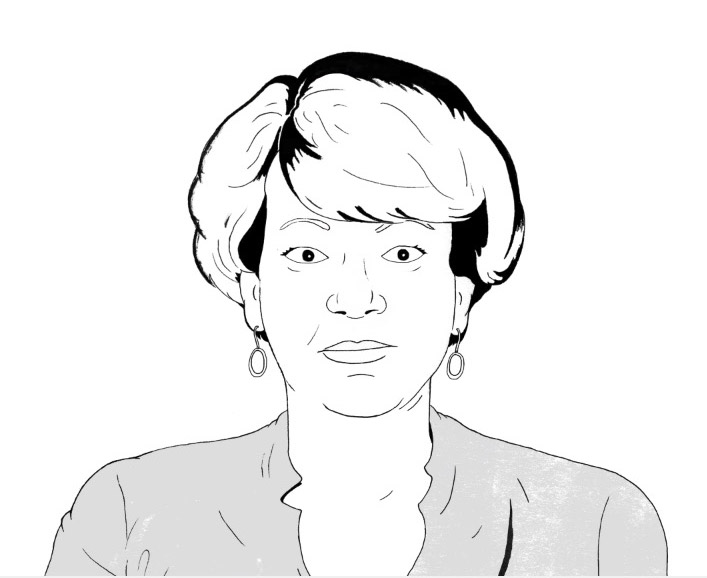 Since 2013, the company has been releasing sustainability reports (its latest, covering fiscal 2016, came out in April), speaking at tech and sustainability conferences (including our upcoming VERGE 17 conference) and making a slew of commitments on renewable energy, materials recovery and other issues about which the company has been trying to be increasingly visible.

For example, "Every one of our data centers today runs on 100 percent renewable energy," said Jackson. "And we don't start another data center without making that same commitment."

I asked Jackson to weigh in on her latest claim to fame: becoming an animated cartoon character.

"It's super, super cool, especially by such a cool artist," she said. "I've got to rank it up there with one of those things in life that you never think will happen, but when it does, you're kind of walking around chuckling to yourself a lot."

In Brazil, Suzano harvests trees with deep roots in communities

Why climate litigators may be coming for your company

The ranting critics of sustainability may have a point