Are feedlots the ingredient to an ethical beef industry?

"Grass-fed" beef is increasingly marketed as more environmentally friendly and ethical than beef produced from feedlots. But is it really? Whether we agree that beef can be an environmentally sound or ethical choice under any circumstances, it is an important and enduring part of the American diet, so that’s a question worth asking and answering.

All cattle in the U.S., in fact, start out grazing on pasture. The real distinction lies in whether they transition to grains in feedlot operations near the end of their lives. This so-called "grain-finishing" is the story for most American cattle. "Grass-finished" beef, in contrast, contributes 3 to 6 percent of beef sales in the U.S.

The perception that grass-fed beef, as it is more commonly described, is better for the environment, the people eating it and the animals themselves fits with a broader narrative that increasingly favors food labeled "natural" or organic. Evoking a pastoral ideal, grass-fed beef is often seen as a return to a more environmentally attuned form of production, set in contrast to the unnatural and alienating system that the modern feedlot has become.

Contrary to popular belief, though, feedlots are not necessarily the villains — environmental or otherwise — they’re made out to be. By many standards, grain-finishing systems come with less environmental impact than grass-finishing ones. Any health distinctions between the two, further, are likely too small to make a difference; grass-fed beef may contain nominally more nutrients and omega-3 fats than grain-fed, but not in nutritionally significant amounts. The question of animal welfare is also a more complex issue than it might seem at first glance. If we truly want to produce beef responsibly — to ensure better outcomes for the environment and the cows — we’ll need to reconsider the facts and the future of feedlots.

Cattle have been fed and fattened on grain since farmers in the Midwest began to pick up the practice in the 1800s. It was not until the mid-20th century, however, that beef production truly began to intensify, transforming an industry defined by extensive grazing lands, where cattle would spend two years before being shipped to East Coast markets, to one dominated by feedlots, which churned out greater amounts of beef on less land with fewer farmhands.

A number of factors contributed to this transition, including heightened demand accompanying rising wealth in the 1940s and ’50s, along with a scarcity of labor and depletion of grazing lands in the American West. Indoor confinement and specialized feeds, in turn, enabled Midwestern feedlots to compete with sunnier western and southern operations, which brings us to where we stand today, with intensively managed feedlot systems responsible for the majority of beef production across the country.

Despite a resurgence of grass-fed beef since the turn of the century, around 97 percent (PDF) of beef sold in grocery stores comes from grain-fed cattle (around 28 million of them per year). As of 2012 (PDF), three-quarters of this beef came from feedlots with a capacity of 1,000 or more cows.

What is perhaps more surprising is that, since the 1970s, this very intensification has been accompanied by considerable environmental savings. Between 1977 and 2007, with grain-fed systems dominating beef production, the amount of land needed to produce a given amount of beef decreased by 33 percent, water use fell by 12 percent and the greenhouse gas footprint fell by 16 percent. These environmental gains are due in large part to the increasing productivity of feedlot systems stemming from innovations such as enhanced feeds and selective breeding.

By many standards, grain-finishing systems come with less environmental impact than grass-finishing ones.

Over the past half-century, feedlots have continued to improve efficiency-wise, generating more beef per animal in a shorter period of time, and this higher productivity has resulted in lower environmental impacts per pound of beef, especially when compared with grass-finishing systems.

With greenhouse gas emissions, in particular, intensive systems of beef production tend to beat extensive systems that finish cattle on pasture. Consider that the majority of emissions from beef production stem from enteric fermentation — or in lay terms, cow belches. As a result, raising cows in a shorter amount of time reduces emissions considerably. As cows on feedlots are also usually larger than cows on pasture, they produce more beef per animal and thus fewer emissions in the aggregate. These efficiency gains win out even if we factor in the added emissions that come from producing feeds.

One environmental downside of feedlots is that the way they concentrate and store manure often leads to high levels of local air and water pollution. In addition, runoff of nitrogen-rich manure into waterways can contribute to "dead zones" in coastal areas. Policy and technologies such as anaerobic digesters, which convert manure to energy, can reduce such impacts. Denmark, for example, cut nitrate leaching from intensive livestock systems in half (PDF) through a mix of regulation, subsidies and the adoption of various technologies.

Innovations in veterinary science, animal nutrition and genetics have driven remarkable environmental gains in intensive systems as well. Today, for example, animal nutritionists design diets with the exact ratios of protein, fiber, nutrients and fat that will optimize digestion and weight gain. Digital ear tags closely monitor animal health, which has the potential to reduce the use of antibiotics. These practices boost bottom lines and environmental performance alike.

Selective breeding, too, has improved productivity. Current technology allows animal scientists to use DNA samples from individual calves to determine their likelihood of having productivity-boosting traits such as high birth weights and to select for them using artificial insemination or in-vitro fertilization. One Texas cattle farm is using these techniques to produce top-grade beef cattle faster without any use of hormones or antibiotics; Alison Van Eenennaam, an animal scientist at University of California, Davis, has described this practice to National Geographic as "breeding for Priuses."

Farmers and scientists in the U.S. are also experimenting with dietary innovations to reduce methane production. One recent experiment successfully reduced the methane emissions of dairy cows by 30 percent, without negatively affecting milk production and feed intake. This is still a new technique, but if deployed commercially, it could play a huge role in reducing methane output without touching productivity.

Of course, greater sector regulation and oversight also will be required to implement and scale many of these environmental upgrades. The U.S. Environmental Protection Agency regulates manure management in feedlots, for instance, but state-level records indicate that some do try to skirt the rules. Proper enforcement is therefore key, as are government incentives for producers to adopt lower-impact practices such as methane digesters.

Consumer demand also has shown to wield influence over the industry. Unfortunately, many labels that we rely on today, such as "USDA Organic," tell us little about farm-specific management. The development of broader industry standards and certifications could provide an effective tool to communicate this information to customers and to reward responsible producers for their efforts.

Ultimately, there are many opportunities to improve management of both grass-fed and grain-fed beef producers. Much of this rests on robust regulation and producer decisions. However, the largest environmental gains in beef production have been in feedlots, and the most promising new practices build on this progress.

While feedlots have been responsible for significant environmental gains, and current practices and promising technological advances indicate that there will be more to come, do these come at the expense of the animals themselves? Kept confined in close proximity, often indoors, cattle in feedlot systems do tend to fare worse across a variety of welfare metrics, exhibiting higher stress levels and lower resistance to disease than cattle on pasture. A grain-based diet also has shown to increase their susceptibility to digestive complications and infections.

But as with production and environmental gains, innovation and scale also have dovetailed with animal welfare in surprising ways, complicating this picture. Take some tools used to boost efficiency in feedlot systems, such as nutritionally optimized feeds and regular veterinary care. When applied appropriately, these practices are designed to ensure animal health. Even much-maligned antibiotics, when used responsibly — that is, not excessively or preemptively — reduce suffering and enable farmers to treat animals quickly and effectively.

A few other counterintuitive realities concerning animal well-being emerge upon closer inspection. We might prefer to think of cows munching away at grass on pasture, but grain (when combined with appropriate roughage) can make them happy, too. "Grain is like cake and ice cream to cows," animal-welfare expert Temple Grandin put it to the Washington Post.

Ultimately, there are many opportunities to improve management of both grass-fed and grain-fed beef producers.

Feedlots that are dry, roomy and shaded also can make for content cattle, especially when compared to pasture systems not equipped with shade or protection from extreme weather conditions. In this sense, confinement certainly comes with trade-offs, but it also provides a degree of comfort and protection, so long as (PDF) pens are kept dry, clean and relatively roomy.

As with environmental impact, the question of animal welfare need not come down to the distinction between pasture and feedlot. Instead, it has everything to do with producer-specific practices. Bettering the lot of all cattle will require the continued development and enforcement of standardized practices (PDF) and regulations, which already have contributed to considerable progress in the industry.

If environmental performance and animal welfare are important to us, we need to take stock of the actual realities of the feedlot so that we might work to improve them, rather than rejecting them outright. Overall, beef has a larger environmental footprint than any other food, but U.S. feedlots produce it with fewer emissions and a lot less land and water than grass-finishing would.

When managed responsibly, feedlot operations also have the potential to offer cattle important aspects of a decent life: health, nutrition and relative comfort. And technological innovations and the spread of best practices can further contribute to enhanced animal welfare, while also continuing to drive environmental gains.

Productive feedlot systems, when managed well, can be a win-win. And that’s good news for us, the planet and the cows. 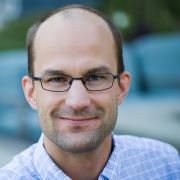 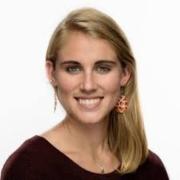 See all by Linus Blomqvist