Are Green Jobs Programs a Bust? Not So Fast

Having just gotten back from a quick tour of Michigan and Ohio, and seen some of the early returns from our growing clean economy, I find this recent NY Times piece frustrating. In it, the author uses a few local data points without context and a limited reading of a recent study to claim that "green jobs" are a mirage. On closer review, it’s a local piece from a San Francisco paper, picked up by the Times. But it will likely get further coverage from national outlets and thrown around as evidence that somehow we’re not seeing the green jobs that have been promised by advocates and industry in the past few years. This could not be further from the truth.

With some colleagues, I recently drove through parts of Michigan and Ohio, stopping in at various companies connected to the new clean energy economy (my colleague Lauren Kubiak is blogging the tour here). I toured factories that are manufacturing wind components, energy efficient roofing products and light fixtures, and even a refrigerator recycling facility. In some of the areas hit hardest by both the recession and long-term outsourcing of U.S. manufacturing, the new clean economy is bringing jobs back. More importantly, these aren’t jobs that involve sitting at a desk all day pushing paperwork around (like, say, my job), but good-paying factory jobs for working class Americans, where things get built or made, and then sold.

Astraeus is in Eaton Rapids, Mich., a town of about 5,000, and has developed innovative ways of manufacturing wind components quicker and cheaper. They’ve been able to hire back nearly all of the 100 workers that lost their jobs during the recession (and expect to create hundreds more jobs as their high-tech wind components are used by wind companies).  In a community that size, that has real impact.  Full Spectrum Solutions is based in Jackson, Mich., another small town, and makes efficient lighting products. They’ve doubled in size during a tough recession.

There are literally dozens of stories just like this in the Midwest. We’ve got a backlog of companies we’ll be going back to visit on our next roadtrip and I look forward to sharing them.

Which is what makes this article so frustrating. First, I’ve read the Brookings report [PDF] multiple times (and its great technical appendix [PDF]) and it’s not the depressing story the author makes it out to be (my colleague blogged about it here).  First, it was measuring the entire “clean economy,” not just clean technology (so, analyzing 40 industry segments, including everything from public transit and types of farming to pollution reduction and recycling). But if you just want to look at the “clean technology” segment of this clean economy, then you’ll see “explosive growth” per the report -- wind and solar jobs grew anywhere from 10-18 percent annually the past eight years (see page 22 of the report). Overall, the clean economy accounts for 2.7 million jobs, making it a larger employer of Americans than the fossil fuel energy sectors.

Second, the point of this study was to analyze job growth across the U.S. So for example, while the South Bay (San Jose, Sunnvale, Santa Clara) lost 492 jobs from 2003-2010 (as referenced in the article), the region of San Francisco/Oakland/Fremont increased total clean economy jobs from 2003-2010 by more than 44 pecent in that time, adding 15,700 new jobs (from the data downloads in their interactive map here). Nationally, similarly impressive stories are everywhere. During that same period, Knoxville, Tenn., added nearly 10,000 green jobs, as did Raleigh-Cary, N.C., tripling the size of jobs in their clean economies, while Little Rock, Ark., more than doubled the number of jobs in its clean economy.

Third, in terms of addressing broader, structural issues within the U.S. economy, according to the Brookings report, one quarter of all these jobs in the broader clean economy are manufacturing, with several segments (including those in energy efficiency, electric vehicles and chemical segments) more than 90 percent manufacturing. Further, these clean economy jobs pay median wages that are 13 percent higher than median U.S. wages (and for workers with less formal education).

So yes, looking at one community with 10.5 percent unemployment, you can write a story that the clean economy has not produced significant growth in the past seven years. And looking at small sub-segments within the broader clean economy that are heavily exposed to construction and home building also probably won't paint a great picture. But looking across the nation, in areas and industries hit hardest by a tough economy, the story is much, much more optimistic. And if you don’t believe me, I’ve got some growing companies out in Michigan and Ohio that I can send you directions to. 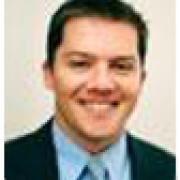 How Green Jobs are Helping Arizona

See all by Cai Steger