Are green revolving funds the next frontier in corporate energy efficiency?

Energy efficiency saves money. But, as most sustainability practitioners know, there is the perennial challenge of justifying and securing the upfront capital often needed to implement efficiency projects. The green revolving fund (GRF) model is emerging as an effective solution. The model is increasingly common among higher education institutions and state governments, and it is gaining traction with healthcare facilities, municipalities and businesses.

To create a GRF, organizations typically seed it with their own capital, although they may seek outside money such as donations or grants. The fund then invests in sustainability projects within the organization’s operations that generate annual cost savings, a portion of which are repaid back into the fund to recoup the project cost. This creates a sustainable funding cycle in which savings from past projects support future projects while cutting environmental impacts over time.

To learn more, I recently spoke with Joe Indvik, climate and energy consultant at ICF International. Joe was a driving force in establishing Dartmouth College’s $1 million GRF as a student, and he now consults with clients to roll out the model in higher education, local government, healthcare and the private sector.

Georges Dyer: Tell me about your experience advocating for a green revolving fund at Dartmouth.

Joe Indvik: It started in a class aimed at developing practical sustainability solutions on campus. Students, faculty and staff had done some great work in identifying potential energy efficiency projects, but many had not yet come to fruition. We quickly discovered that ease of access to capital was a key barrier. This left many high-payback efficiency projects unfunded, despite the overall wealth of the college and the administration’s commitment to sustainability. The idea of setting aside a fund for these projects, and at the same time recapturing the savings so the fund could grow, made great business sense.

Dyer: Was it an easy sell? How did you go about pitching the idea?

Indvik: The idea was easier than expected to sell. We created a proposal and worked our way up through the administration, eventually to the CFO and SVP of facilities. We focused on building a business case that would be compelling even to those who were not as driven by the social and environmental benefits of efficiency projects.

Surprisingly, the CFO was the loudest voice encouraging us to give greater emphasis to non-financial side of the fund. He saw the benefits a GRF could have in bringing people together to make decisions about investments and in strengthening Dartmouth’s standing as a sustainability leader. We had proposed starting small with a fiscally conservative $10,000 fund, but it was the administrators who put forward the idea of a larger, more ambitious fund of $1 million.

Dyer: Did you encounter any challenges? How long did it take to set up the fund?

Indvik: The big challenge was determining how money would flow between accounts to support the fund. When we were working on this in 2010, there weren’t a lot of resources available to us. We felt like pioneers, and not always in a good way. Now there is a wealth of resources that others can benefit from.

Our proposal took a couple years to be fully implemented, but if we had known then what we know now and had access to today’s GRF resources, I think we could have cut that time in half or more.

Dyer: Many of the resources you’re referring to come from the Billion Dollar Green Challenge (BDGC). You had the opportunity to work on some of those, how did that come about?

Indvik: I first talked to Mark Orlowski (executive director of the Sustainable Endowments Institute, the group behind the BDGC) early in our process at Dartmouth. The BDGC -- a sector-wide initiative promoting GRFs -- was just getting going. Mark encouraged us to follow through on our proposal and helped reassure us that this wasn’t a crazy, fringe idea but rather an increasingly common one.

When I joined the climate change and sustainability practice at ICF International, I had the opportunity to support the Challenge. Specifically, my team helped develop the Green Revolving Investment Tracking System as well as a GRF Implementation Guide, which was released in January 2013 and recently presented as a webinar. I think both of these are important resources that are leveraging the experiences from Dartmouth and countless other schools to make GRFs more accessible and powerful.

Dyer: And you’ve continued to work on GRFs in your professional career? Tell us about that.

Indvik: When I joined ICF, I realized there was a demand for strategic guidance on how to set up a GRF, as well as for all the technical services that make a GRF possible, like energy auditing, investment analysis and measurement and verification of project savings. ICF’s expertise in climate, energy and sustainability positioned us well to support the rapid growth in GRFs. So I put together a team to create a GRF design and implementation offering to help clients make the model work for them.

This led to several contracts, and though we initially focused on higher education, it’s becoming clear that that the GRF model could work very well in the private sector as well. We’re actively talking with several companies about bringing in ICF to help them set up funds. In general, we’re trying to help the private sector evaluate and take advantage of GRFs as a new and potentially powerful tool in the energy efficiency toolbox.

Dyer: There are lots of similarities between higher education and business, but also many critical differences. Do you think the GRF business case is as strong for for-profit companies, which often have shorter time horizons than their non-profit counterparts in higher education?

Indvik: If it’s done right, yes! McKinsey estimates that there is $500 (billion) to $800 billion in untapped but economically viable energy efficiency investments in buildings across the U.S., mostly in the private sector. About 23 percent of building energy use could be cut by 2020 using only investments with a positive net-present value. And companies are often better positioned to take advantage of tax incentives for energy efficiency investments, many of which colleges can’t fully capture as non-profits.

While it’s possible to realize efficiency savings with one-off capital investments, it’s often more effective to do so through a comprehensive strategy that revolves cost-savings to finance future projects. GRFs reframe energy efficiency projects as investments, as opposed to how they’re frequently viewed: as costs. Leveraging savings from past projects turns the initial capital allocation into a continuous, targeted program of investment. The cost savings and emissions reductions then pile up higher and higher with each round of projects, with no additional capital infusion necessary.

These days, most companies see the importance of sustainability, but few companies have a cutting edge financial mechanism to drive investment in that area. GRFs can be a key differentiator (see the recent article on Adidas’ greenENERGY Fund). The idea is still new and evolving in the private sector. There’s a lot of room for innovation and a huge leadership opportunity for early movers to create high-profile, flagship funds.

Dyer: Let’s talk about potential challenges in implementing a GRF successfully in the private sector. First, opportunity costs. Can GRFs compete with other opportunities to deploy capital?

Indvik: Companies often have a high opportunity cost of capital because they could put that money into their core business operations rather than investing in efficiency. Compared to higher ed, firms often have higher “hurdle rates” for what they see as an acceptable return on investment, which can limit their portfolio of GRF projects. There’s also the perceived risk of efficiency. If firms aren’t convinced that the savings will actually materialize or are generally uncomfortable with efficiency, it may lead them to increase the hurdle rate to compensate for that risk.

That said, the returns we’re seeing in GRFs around the country are usually high enough to exceed even an aggressive hurdle rate. The established higher ed funds have posted a median annual return of 28 percent. I’ve had conversations with CFOs who think these numbers are simply too good to be true, but that figure is based on hard repayment data from funds that have been operating for years and, in some cases, decades. The potential for energy efficiency to yield returns in that range is also backed up by studies from groups like McKinsey and the Rocky Mountain Institute.

If there is concern about risk, GRFs can be a useful way to manage it. Funds can start small, finance a few select projects and grow over time as confidence in the model grows. They can also provide a standardized process for evaluating and approving projects, so companies can build due diligence and assessment criteria into project selection to minimize risk.

Dyer: What about leased space? If a company doesn’t own its buildings, can it still benefit from a GRF?

Indvik: This is a problem with energy efficiency generally: if a company leases space, it can be challenging to deploy efficiency without support from the owner. Even if the owner is on board, the tenant doesn’t own the equipment that it purchases and therefore loses the value of the CAPEX (capital expenditure) in exchange for savings. This all adds to the complexity of a GRF, because repayments now involve capturing savings from assets that the tenant company doesn’t own.

Fortunately, GRFs can be flexibly structured. They can still be viable if the tenant pays the utility bills and can capture savings, or if an agreement can be struck with the building owner. One idea we are considering is that a GRF could provide a vehicle to track the extent to which the tenant recoups that “lost” asset value through utility bill savings. In other words, a GRF could be used to formally re-assemble the initial capital used for the investment out of the captured savings. Beyond that, even in leased space, there are sometimes opportunities to do limited upgrades over which the tenant has ownership, like vending misers, appliance upgrades or lighting. Still, resolving the split incentive between owners and tenants is an area where innovation is desperately needed.

Dyer: Any other potential challenges you foresee for businesses in applying this model?

Indvik: Companies may be hesitant to “lock up” funds in a GRF, as they often take a shorter-term view compared to universities. But if companies are concerned about cash flows and liquidity, there are a few things they can do. First, projects don’t have to repay all of their savings back into the fund. Companies can structure repayment schedules however they choose. Most funds only require the original principal to be repaid, sometimes with a pre-determined level of interest. Second, projects need not even pay all of the savings into the fund each year. Some fund models require that, say, 90 percent or even 50 percent of annual savings go towards paying back the fund, and the rest can be used for other purposes. Third, the fund can “pay out” a portion of its balance to other accounts in the company. The University of Vermont has a model like that. They allocated $13 million from their cash reserves to seed a GRF, and the fund pays back into cash reserves at 5 percent per year. And because the returns from efficiency are significantly higher than 5 percent, this still allows the GRF to be replenished at a decent rate.

Indvik: I think GRFs have shown themselves to be an effective strategy for making sustainability happen in higher education. I’m excited to see how the private sector leverages that experience in the next few years. 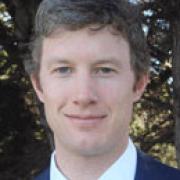 Will campus activism reach the C-suite?

What can business learn about sustainability from higher ed?

See all by Georges Dyer