Stories about the blurring lines between business and social benefit rarely begin with large guns. But it turns out that companies can learn a lot from looking at the history of artillery — the big cannons that would get drawn to the edge of a battlefield, first by horses and later by large trucks, to shell the enemy from a distance.

According to military folklore, shortly before World War II, the U.S. and British militaries conducted a joint artillery exercise and realized a strange thing: the American artillery team fired just a little bit faster than the British squad every time. They analyzed the process, and found that just before the British unit would fire, several soldiers would briefly step back from the weapon, wait until the gun had fired, and then rejoin their team to reload the cannon to fire again.

No one was certain why this hitch was embedded in the process. When asked, the soldiers simply explained, "That’s how we were trained to do it." The military asked a number of experts to get to the bottom of the slowdown. At first, no one could figure it out, until they finally found a veteran from the Second Boer War. He watched the process, thought about it for a minute, and then explained: "I know what they’re doing," he said. "They’re holding the horses."

Back when the guns were pulled to the battlefield by teams of horses, if no one stopped to hold the horses’ reins, the boom of firing would cause them to bolt. Yet amazingly, decades after the animals had been removed from the process, the soldiers were still stepping back to "hold the horses."

Our colleagues at Deloitte’s innovation strategy group Doblin refer to such holdovers as orthodoxies: deeply held beliefs about "how things are done" that often go unstated and unquestioned. They can be found everywhere — in the mind of an individual, in the protocols of an organization, even in the best practices of an entire industry. This entrenched wisdom isn’t necessarily either good or bad. After all, orthodoxies become standard practices because they allow individuals and institutions to function more efficiently. But they can also lead to blind spots in decision-making that can prevent companies from developing new and better ways of working.

In our work consulting with Fortune 500 companies on their social impact strategies, we find that far too often, deeply entrenched orthodoxies about social and environmental concerns actually prevent many companies from capitalizing on an important opportunity to create and capture new value for their firms.

Entrenched wisdom isn’t necessarily either good or bad. But it can also lead to blind spots in decision-making.

In the 1970s, economist Milton Friedman helped define the prevailing modern corporate mindset: that the business of business was maximizing shareholder value. Yet over the last decade, many companies have begun to flip this old orthodoxy on its head. Facing unprecedented scrutiny from government, social media, discerning consumers, and social and environmental activists, they recognize that they have to manage concerns about the potentially negative consequences of their social and environmental practices. Disregard for externalities and insufficient response to consumer concerns have become very real business risks with the potential to limit market performance.

And a new orthodoxy — a new normal — quickly spread across the field: the assumption that social and environmental issues are risks to be mitigated and managed. Basic community relations and environmental stewardship have become part of a sort of social "license to operate" for many companies, and corporate social responsibility (CSR) units have emerged as a way to manage "good citizen" grantmaking, employee volunteerism and other related social benefit activities.

This new orthodoxy is being flipped once again — even as many businesses are just starting to catch up with the earlier shift — by companies that proactively look at social and environmental issues as a source of advantage, not as a danger to avoid.

Forward-looking companies increasingly see social and environmental issues not as exogenous to their businesses or as solely the domain of their CSR units, but as integral to the quality and stability of their operations and central to the strength and growth of their market position. Deloitte’s recent research on Fortune 500 companies found that social impact has evolved from a pure public relations play to an important part of corporate strategy to help protect and create value.

Take Warby Parker. Founded in 2010, the company has captured significant market share from traditional eyewear heavyweights by combining an innovative, customer-centric home try-on process with a genuine social conscience. Warby Parker leverages a "buy a pair, give a pair" business model, where it distributes glasses to communities in need through partnerships with local micro-entrepreneurs. By engaging socially minded consumers, Warby Parker quickly has generated enormous corporate and social value for the company — with estimated nine-figure sales and 1 million pairs of eyeglasses distributed as of July, up from 500,000 the year before.

Forward-looking companies are increasingly seeing social and environmental issues as integral to quality and stability and central to the strength of their market position.

We at Deloitte have found ourselves flipping orthodoxies about integrating social and environmental impact too. Last year we joined Salesforce in launching Pathfinder, a job training program that aims to prepare non-traditional candidates from community colleges for positions as Salesforce administrators and developers. The program is designed to develop and support an inclusive and diverse new pool of talent and help the participants find in-demand jobs that, if left unfilled, could constrain growth. The result is good for business — and good for the communities in which we operate.

Finding and flipping orthodoxies within your company

Examples such as Warby Parker and Salesforce Pathfinder are clear demonstrations that conditions have changed, and there is real benefit to be gained from flipping traditional thinking about social and environmental concerns. These shifts in practice aren’t new by any means, but they have become increasingly prevalent in recent years.

Yet for most companies, old orthodoxies persist. By definition, they are rarely questioned or challenged, which can make them extremely difficult to surface, discuss head on and move past. But continuing to simply do business as usual may mean that companies overlook new opportunities for creating and capturing value, while also missing out on the chance to make a meaningful impact on critical societal problems.

It’s not just about doing the "right" thing. Deliberately challenging traditional orthodoxies about corporate social impact can lead to dramatic improvements in practice, point to lucrative new markets, entice new investment, enhance branding efforts and help companies attract and retain talent — and ultimately may point us toward new ways of working that flip traditional notions of capitalism on their heads.

So stop and reflect on it for a minute. Is your company stuck in an old way of thinking about social and environmental issues? Are there orthodoxies your organization could productively consider flipping, either partially or completely? Because being more intentional about your orthodoxies when it comes to corporate social impact actually may be the most effective way to ensure that your business isn’t left holding the horses in the years to come. 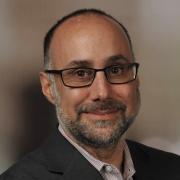 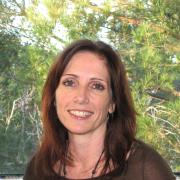 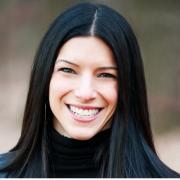 See all by Gabriel Kasper