The standards prohibit conversion of forests or other natural ecosystems to cropland, protect workers and wildlife, regulate the use of chemicals and other farming practices. Today they cover more than a million farmers on Rainforest Alliance Certified farms, most of them smallholders, cultivating 100 crops on a total of 7.4 million acres (about the size of Switzerland) across 42 countries.

It’s not hyperbole to say certification has transformed the way many crops are grown in the tropics. But it’s not a panacea, nor was it intended to be. As it scales up, certification amasses an impressive list of positive impacts, but problems and practices it has not yet transformed are also thrown into sharper relief.

Agriculture is the most impactful human activity on the planet, bar none.

In El Salvador, certified farms not only had greater biodiversity in terms of migratory bird species than non-certified farms, they had about the same number of species with the same survivability rates as natural forest. In Kenya, when a certified tea farm restored native plants along a dry riverbed, the water returned, literally bringing the river back to life.

But the report also found persistent problem areas, such as managing agricultural chemicals and waste or providing adequate worker housing for certain crops in certain regions. It showed that when certified farms failed to conform to a specific requirement in the SAN standard, they corrected the problem most of the time (on tea farms in East Africa corrected 83 percent; cocoa farms in West Africa, 64 percent; coffee farms in Central America, 57 percent; banana farms in Central America, 82 percent).

Why not 100 percent, and why are there non-conformities at all? Certification never can deliver perfection. It’s a system of checks and balances that rewards improved practices while identifying and correcting unsustainable ones. As it expands globally, it improves more farms, but inevitably confronts more instances of bad practices that take time to eradicate.

Some arise from deep-seated, endemic conditions, such as widespread poverty and a tradition of child labor on small family cocoa farms in West Africa. Others may have to do with lack of money or credit access to make improvements.

By design, certification is an iterative process, taking producers on a long-haul journey to continually improve practices. So the SAN standard is continually revised. Late last year, for example, it strengthened requirements for worker training and safety, grievance mechanisms and combatting child labor.

The entire SAN standard gets overhauled and reissued periodically, with a new and improved version launching later this year. It will be more outcomes-based, focus more on key social and environmental requirements and help farmers prioritize improvements.

SAN also will change the audit and verification process, using risk analysis to target oversight where it’s most needed, and new technologies such as satellite imagery to provide better data and lower costs. That will improve compliance on existing certified farms and lower barriers to entry for more farms.

Today farms that are Rainforest Alliance Certified as meeting SAN standards produce over 15 percent of the world’s tea, 13.6 percent of cocoa and over 5 percent of coffee and bananas. But what about the rest of the world’s agricultural land? 3.7 billion acres are under cultivation globally plus 1.2 billion acres of degraded agricultural land, much of it totally abandoned, that might be restored to fertility. That’s least two orders of magnitude bigger than the total land area covered by certified agriculture.

Certification isn’t a substitute for government engagement; the two should reinforce each other.

Clearly, certification alone won’t be enough to bring all that land into sustainable production. It’s a valuable tool; it proves we can raise yields on existing cropland using sustainable methods, which is what we need to do to meet rising food demand and feed 9 billion people by midcentury without cannibalizing forests or other ecosystems. But to move the whole agricultural sector towards sustainability, certification and the principles that underpin it must be integrated with other approaches.

Those other approaches include companies pursuing internal sourcing commitments and supply chain auditing, which help them manage supplier risk, improve supplier practices, and demonstrate the value proposition of investing in sustainability.

Chiquita, for example, worked with Rainforest Alliance to improve practices on supplier farms, investing $20 million over nine years. It paid for itself many times over by saving Chiquita about $9 million annually in reduced pesticide use and pallet recycling, and by regaining over $200 million worth of lost business.

Ramping up government regulation, inspection and extension and training programs remains a big piece of the larger sustainable agriculture puzzle. Certification isn’t a substitute for government engagement; the two should reinforce each other. Ideally, best practices defined by certification should influence government policies and programs, government extension workers should be trained in best practices, and help spread them.

The Rainforest Alliance and SAN members work with national and regional governments in producer countries, connecting them with local certification efforts, and with local banking, finance and insurers. Together they can come up with training programs and incentives to lower barriers and costs, help smallholders access credit and funding, and promote sustainable practices. But we need more ways to engage governments.

Certified farms not only had greater biodiversity in terms of migratory bird species than non-certified farms, they had about the same number of species with the same survivability rates as natural forest.

We also need to take an integral, whole-landscape view of sustainability, beyond individual farms or groups of farms, which don’t exist in a vacuum. For communities and livelihoods to be sustainable, they need to be part of a viable web of sustainably managed farms, waterways, forests and other ecosystems.

None of these approaches magically will eliminate unsustainable practices on billions of acres of farmland worldwide. But that shouldn’t deter us from using the tools we have to tackle even the toughest, most problematic areas of agriculture, and working to put the whole sector on a sustainable trajectory.

After all, this isn’t a game or laboratory experiment we can confine to areas with conducive conditions. Agriculture is the most impactful human activity on the planet, bar none.

We don’t have the luxury of narrowing sustainability imperatives to conform to the conveniences or limitations of businesses, governments or even certification regimes. We have to come together to transcend them, and make global agriculture conform to the non-negotiable limits of sustainability set by the planet. 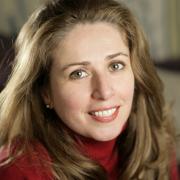 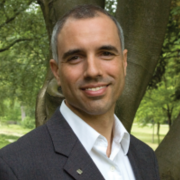 See all by Ana Paula Tavares