Are we doing enough to encourage next-generation sustainability pros?

Last November, on the eve of the COP 21 climate talks in Paris, a group of environmental activists sued the U.S. government for violating their constitutional rights by continuing to promote the development and use of fossil fuels. Just one of them, famed climatologist James Hansen, was above the age of 20.

“The federal government has known for decades that fossil fuels are destroying the climate system,” the plaintiffs note in a summary of the complaint, which demands a court order requiring the President to adopt a national plan to decrease atmospheric concentrations of carbon dioxide to a safe level: 350 parts per million by the year 2100. Anything less, they argue, represents a threat to their future life, property and liberty.

“This is no less important than the civil rights movement,” an impassioned Hansen told attendees of the GreenBiz 16 conference in Scottsdale, Arizona. “We require a real plan.”

It should be noted that one of the 21 youth plaintiffs is Hansen’s granddaughter. An Oregon non-profit, Our Children’s Trust, is providing legal guidance. Before you shrug all this off as frivolous, consider that several industry groups have inserted themselves as defendants, including American Fuel and Petrochemical Manufacturers, the American Petroleum Institute, and the National Association of Manufacturers. A hearing in the case is scheduled for March 9.

The extraordinary legal challenge seems to reaffirm the common corporate stereotype—backed by scads of research—that all millennials are undisupted champions of the environment and that they will prioritize its protection above other things.

The reality, of course, is far more nuanced. Yes, the next generation cares about the planet, but it’s up to the current generation to make that interest personal, at the right time.

“What we’re doing wrong is looking at millennials as one bucket,” said Shannon Schuyler, principal and corporate responsibility leader for 224,000-employee professional services firm PwC. Her alternate title: chief purpose officer. “Purpose is the why. It’s not the what, it’s not the how,” she told GreenBiz 16 conference attendees.

While it may be tempting to lasso millennial hires into your organization’s sustainability causes on day one, coming on too strong might actually do more harm with some of them than good. From a career standpoint, they are in “transition.” For some, finding a steady salary takes priority. “Saving the world isn’t their first mission,” Schuyler said.

That’s not to say that PwC doesn’t trumpet its corporate responsibility initiatives — centered on youth education, climate change and social inclusion . You can find them right on the company’s career site. As millennials mature in their roles, many start seeking a sense of purpose — and that many be a good time to involve them in projects, Schuyler said. A critical timeline to keep in mind for engagement, 18 months. In 2014, the average tenure for workers aged 25 to 34 was three years, compared with 5.5 years for older employees. But the jury is still out on how much job-hopping millennials really are inclined to do, Schuyler said.

Media and entertainment  giant Disney also sees the need to begin shaping future champions of sustainability, deliberately. It’s targeting the next generation at a far earlier age, but again, the journey isn’t straightforward, given how detached many children are from nature, said Beth Stevens, senior vice president of corporate citizenship, environment and conservation during another GreenBiz 16 conference session.

Statistics from the Nature Conservancy suggest that today’s children spend just 6 percent of their time playing outside. Conversely, they devote up to seven hours a day using telephones, computers and other electronics. Some teens spend just seven hours per week communing with nature, Stevens noted.

That doesn’t bode well for these future adults’ support of environmental and social initiatives that prioritize these ideals, once they reach the working world. You can almost feel the collective shrug.

“What most people don’t realize is how incredibly important these experiences in nature are, not only because they help create great memories, they help forge important bonds between kids and their environment,” Stevens said.

The good news is that children and teenagers who have a positive experience outdoors are twice as likely to feel strongly about protecting nature as they grow older, she said.

That was one inspiration for the ongoing Disneynature film series, which transports many children to places they wouldn’t otherwise be able to see. That thinking also shapes programs such as Tour de Turtles, a special activity at Disney’s Vero Beach resort. The company encourages families staying during at the hotel during sea turtle nesting season to monitor named females as they swim ashore to lay their eggs, and then over time to see where they swim next. The turtles are monitored via satellite by the non-profit Sea Turtle Conservancy. 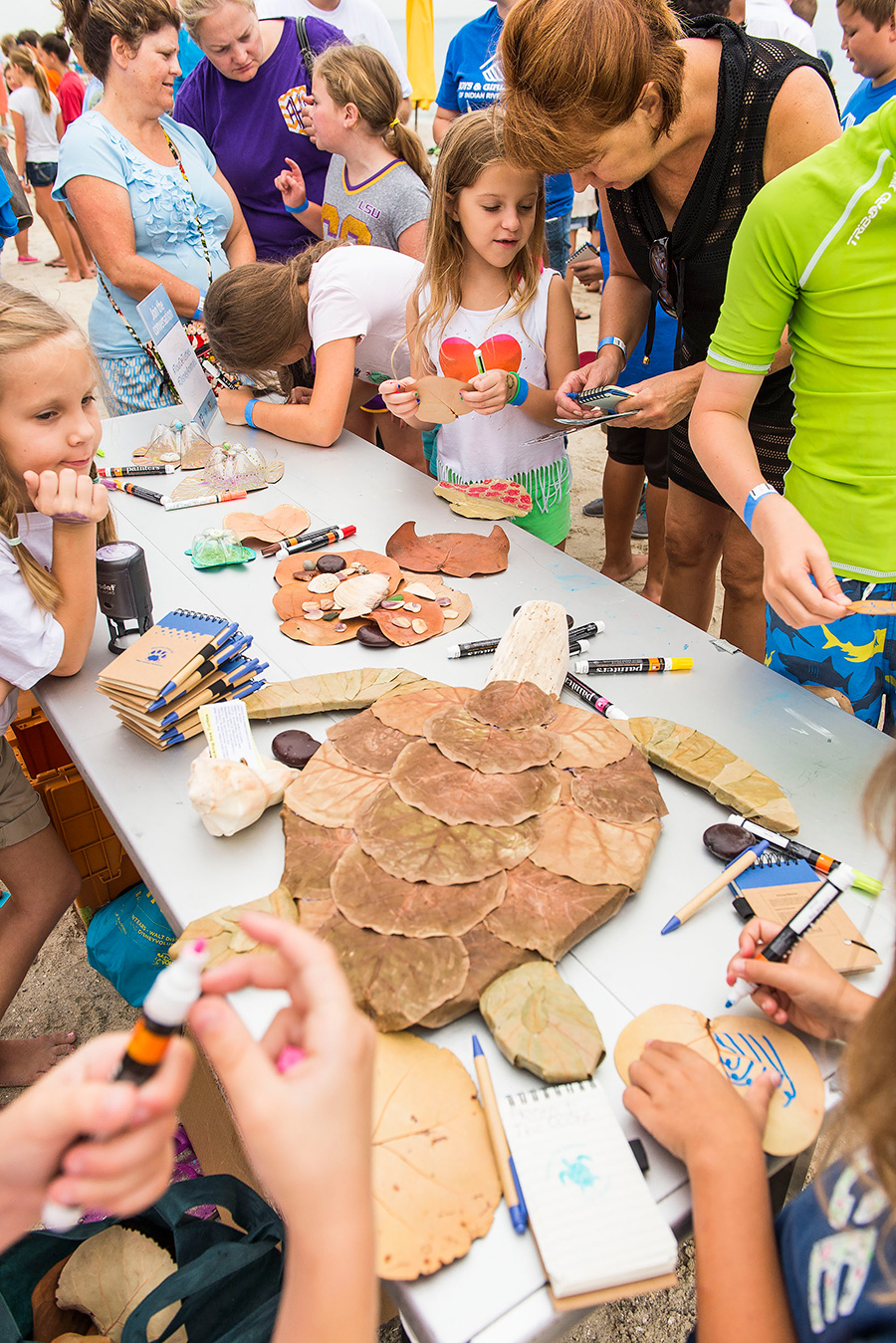 “If we fail to inspire kids today who’s going to carry out all these great ideas tomorrow?” Stevens asked the GreenBiz attendees. “Environmental stewardship starts with building awareness, making connection and then empowering people to act.”